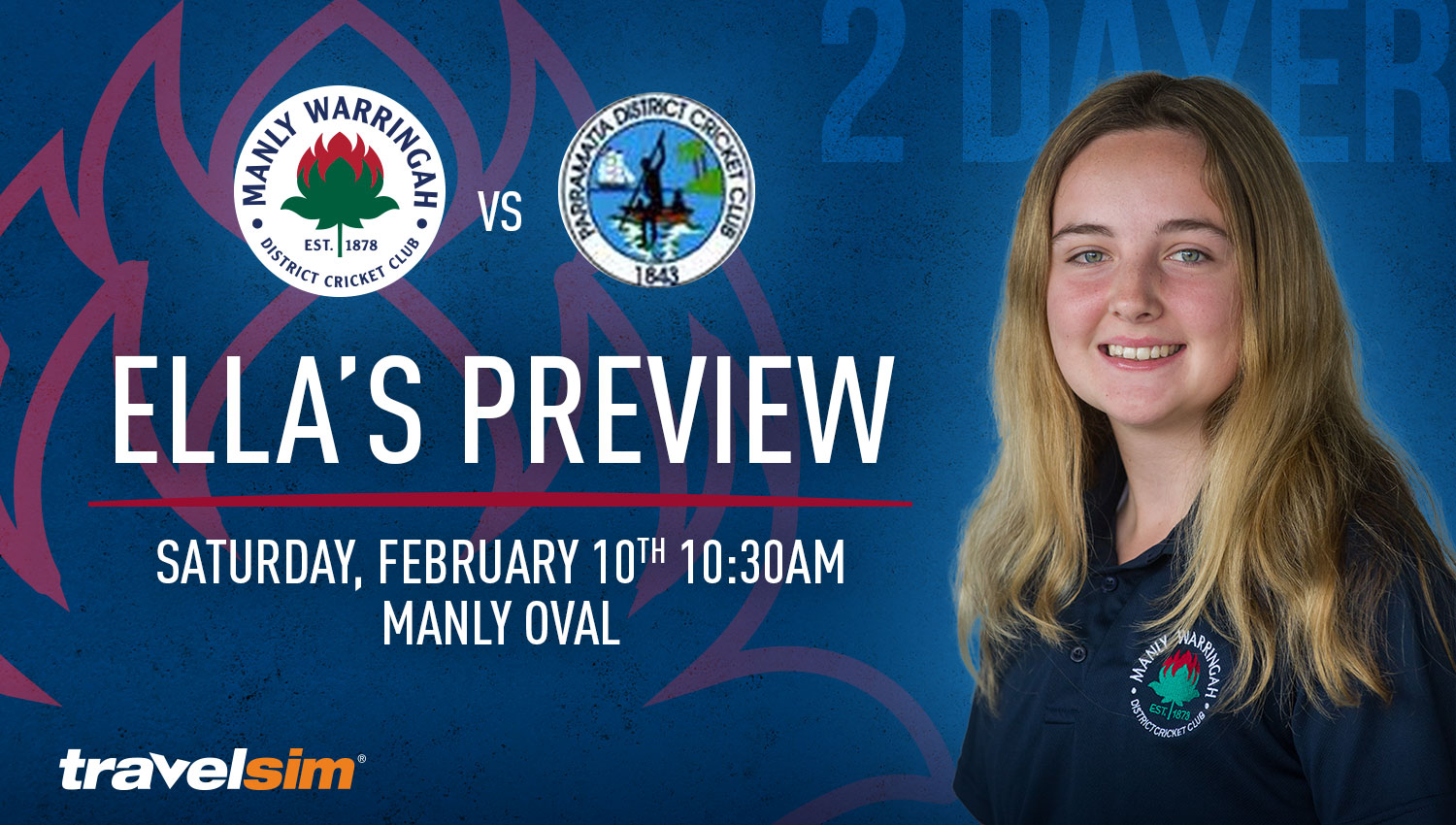 In round 13 of the New South Wales premiership competition, the TravelSim Waratahs take on Parramatta as the finals creep closer.

An important win last week has seen the Tahs’ first grade side make their way back into the top six, making a win this week even more crucial to maintain that position.

Joel Foster stole the spotlight in round 12, finishing with incredible figures of 8/23. Foster marked his spot in Tahs history as he sits with the 8th best bowling figures Manly has seen, and the best first grade bowling figures in the 2017/18 New South Wales Premier Cricket competition to date. With the help of another two wickets from Mickey Edwards, Manly were able to convincingly seal the win.

But this outstanding bowling attack was assisted by another impressive performance from Manly’s batsmen, showing any concerns from previous weeks were a distant memory now. Jay Lenton scores himself a much deserved century, finishing on 113 runs, with Chris Green, Adam Crosthwaite and Ahillen Beadle hitting 60, 51 and 45 respectively to add up to Manly’s declared total of 334.

Another solid performance has made finals hopes look bright for the Tahs, but this week a tough challenge beckons as they line up with the third placed Parramatta side. An upset last week saw Parramatta lose to a much lower placed Fairfield-Liverpool side, however, this could cause them to be even hungrier to win this weekend. Parramatta currently sit with the second lowest amount of wickets lowest this season so far, whereas Manly sit with the highest amount of wickets taken. This will mean it will be essential for Manly’s known talented bowling attack to continue to get wickets early to attack the top and middle order of their opposition to see another collapse as was seen last weekend.

Though, the mission becomes tougher as Mickey Edwards is unable to play in the first weekend due to representative commitments. Matt Alexander has also now been ruled out for the season with his hernia. But, Jack Edwards is available after returning from playing for Australia in the Under 19s, as is Jay Lenton who missed day 2 of last round’s match due to his NSW/ACT Country commitments in the Futures League.

In the lower grades, the results were even with wins in second and fifth grade, and losses in third and fourth. Sam Alexander grabbed a 5fa in fourth grade, as did Dylan Marshall in fifth grade, and Logan Weston grabbed a century for himself in second grade. It will be a battle for the leaders on the Club Championship ladder this week, as Manly sit in second place and Parramatta sit in first.

It’s going to be a tough round for all Tahs teams as they match up against some talented opposition, but it will be the perfect opportunity to make a statement just before the finals series is about to begin.