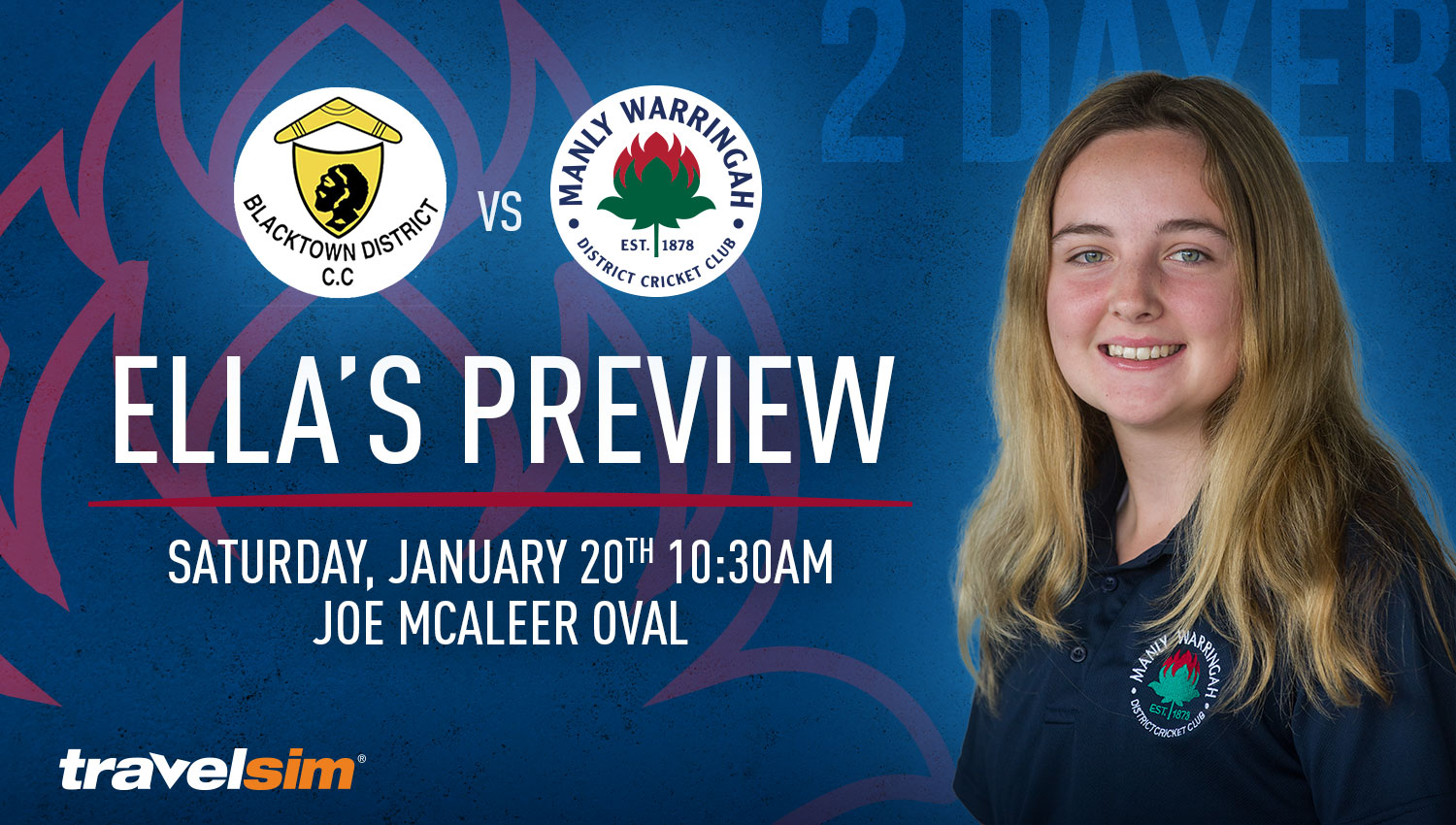 In round 11 of the New South Wales Premier Cricket competition, the TravelSim Waratahs take on Bankstown in an important game that could see Manly edge closer to being back in finals contention.

After a spell of continuous losses, the post-Christmas portion of the competition has been kind to the Tahs as they have won back to back games and are now sitting only two spots outside the top six. These almost came as a surprise, as the Tahs continue to be without the likes of Chris Green, Mickey Edwards and Jay Lenton, due to Big Bash League commitments. Whilst they have played an instrumental role in Manly’s attack this year, it exemplifies the Tahs’ depth through the success of those filling the holes of these representative players.

In last weekend’s match, the Tahs diminished any worries about their batting by setting up a solid 322 run chase for their opponents, with an outstanding 122* coming from stand-in captain Cameron Merchant. Other impressive scores saw Joel Foster grab 64 and James Crosthwaite with 61. Manly’s bowling attack was just as good as their batting, getting UNSW all out before they even reached 200. Joseph Graham recorded a very useful 5-wicket haul, and with the help from Michael Visser with three wickets and Foster with another two, Manly were able to comfortably grab the win.

This all-round performance is essential in this week’s clash with Blacktown to continue on the Tahs’ winning track. Whilst sitting in second last position, it is still important to not take them lightly, as it is the perfect opportunity to attempt to get a bonus point victory that could be the difference from entering the top six or sitting just outside it like Manly now are. With the possibility of having Jay Lenton and Chris Green back for the second weekend of this round’s match, a huge boost of these inclusions could really assist Manly in getting another big win.

However, Matt Alexander is out of this round’s clash with a hernia and is unlikely to return for at least another month. Mickey Edwards is also doubtful to return in the second weekend like his BBL counterparts due to Cricket NSW placing him on restricted bowling. But, if the last two rounds have anything to tell it is that Manly will have no problem finding the players to put on another competitive effort.

In the lower grades, it was almost another whitewash of wins, with all grades grabbing victories except for fifth grade – again proving the depth this club has. A successful weekend for the Tahs has kept them inside the top three on the club championship ladder, and will be looking to improve on this even more this round. For Blacktown, like their first grade side, they also sit in second last position on this ladder.

Things look promising for this round’s games across all grades, and with the first two weekender game since before Christmas, it’ll be a true test of the stamina and perseverance of the Manly teams.