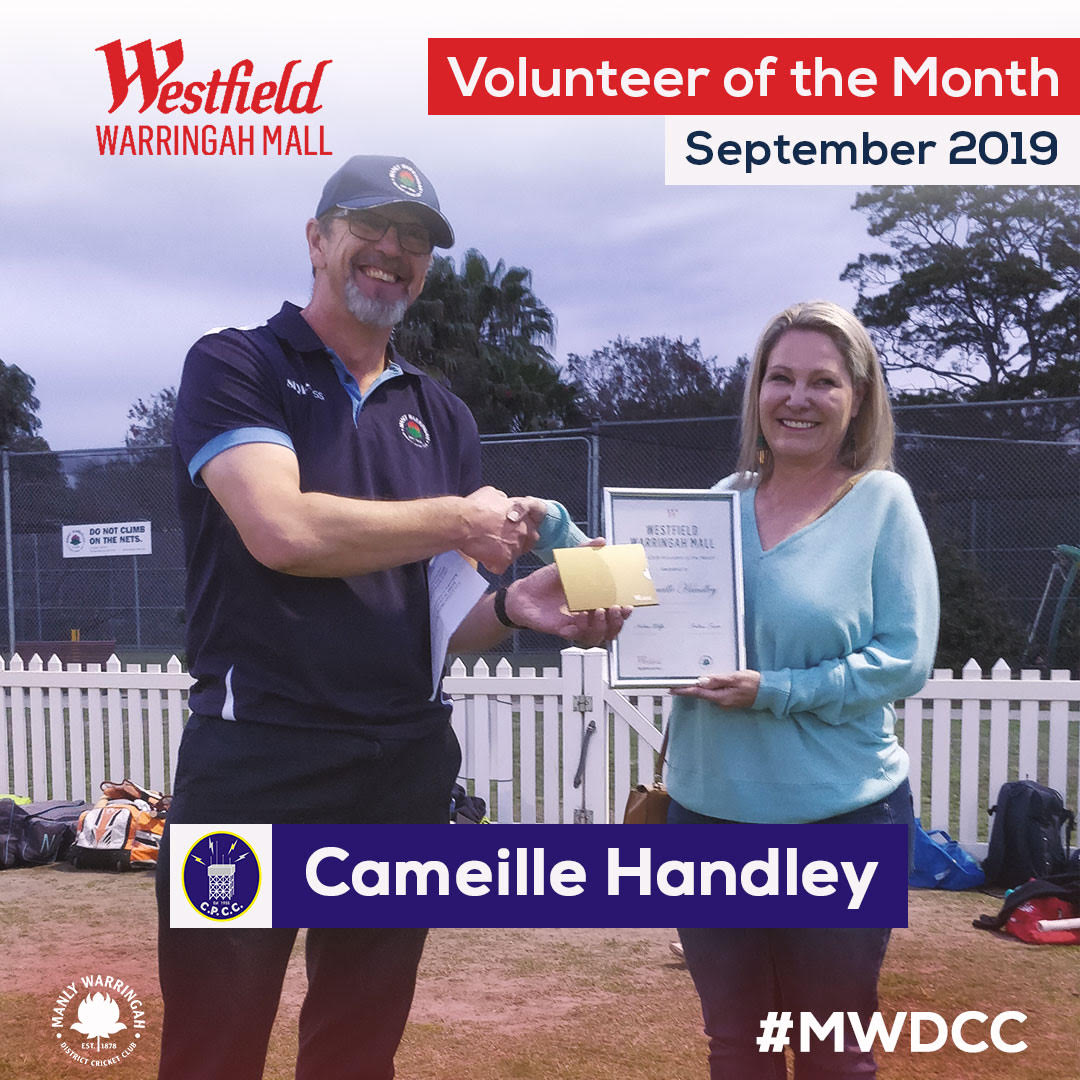 The Waratahs are proud to announce Cameille Handley as the latest recipient of the Westfield Warringah Manly Junior Club Volunteer of the Month award.

Cameille has been heavily involved in promoting girls’ cricket last season and this pre-season at Collaroy Plateau Cricket Club.

Cameille marshalled her netball team to hand out over 1000 all girls cricket flyers at netball and also at related teams such as soccer and hockey, and organised for flyers to be left at 3 tennis centres. The girls also handed out flyers to their friends at school.

She represented Collaroy Plateau Cricket Club at the recent Peninsula primary schools gala day, and organised for not one but two U13 MWJCA Girls teams from the Rep Squad to attend the Kookaburra Cup in Canberra in the school holidays.

She has also been very proactive in organising volunteers fairly new to cricket to attend the coaching and umpiring courses organised by the MWJCA.

We are presenting Cameille with the September award in recognition of her club and community spirit and hard work. She is exactly the type of enthusiastic helper that helps drive the continuous growth of girls’ cricket on the Northern Beaches.