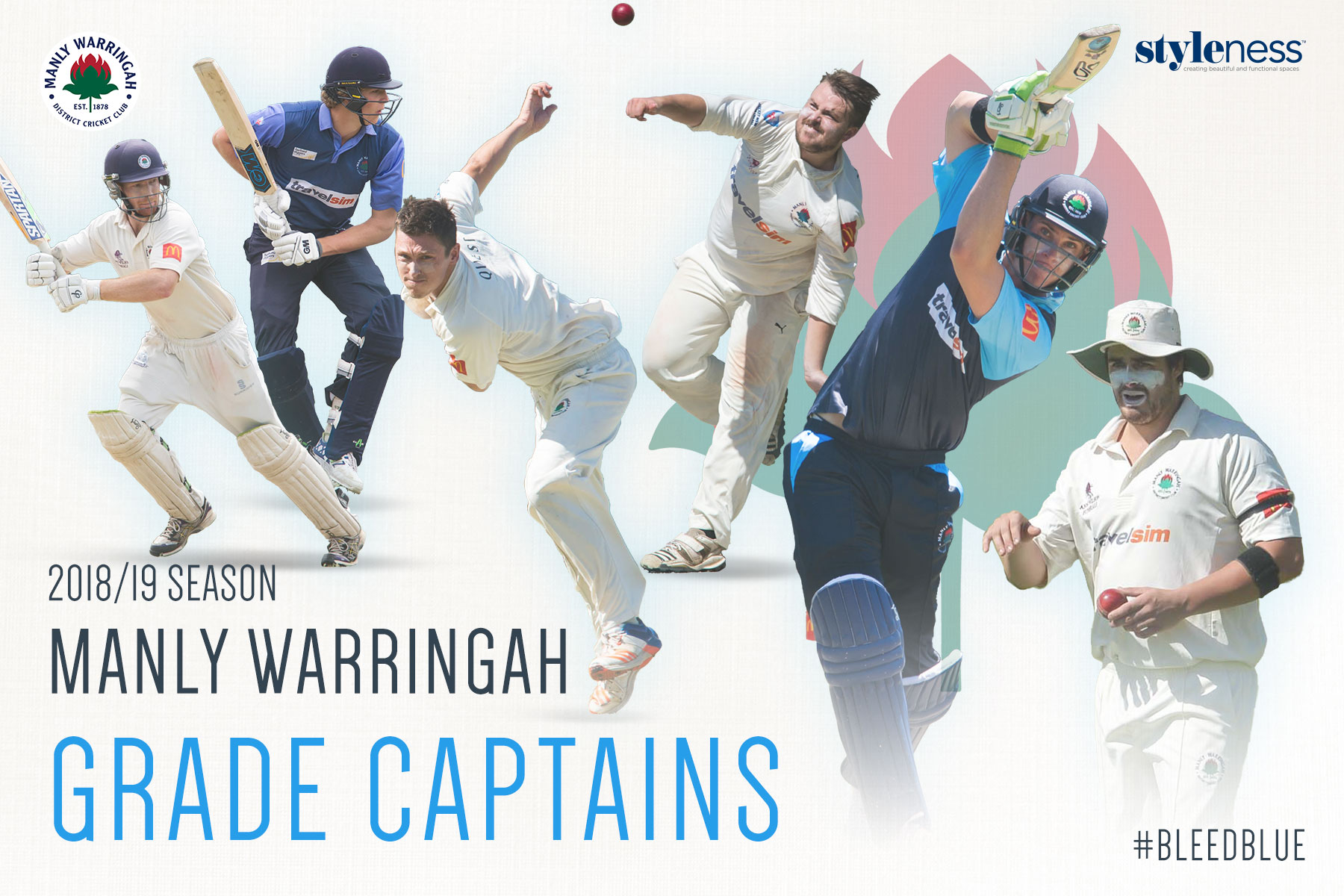 The Styleness Manly Warringah Waratahs are pleased to annouce the captains for the fast approaching 2018/19 season.

Success starts from the top, and the importance of each grades captain is second to none. Manly are confident that the appointments of the captains for the 2018/19 will continue to bring success to the club.

As previously mentioned, Jay Lenton has been announced as the 1st Grade Captain for 2018/19. Jay embarks on his fifth year at the club, and is a great fit for the role.

Second Grade will once again be led by Sam Gainsford, who excelled in the position last season, after taking over from Jack Ritchie midway through last season. After taking the side to the Grand Final in 2017/18, Sam will be hungry to go one better this season, and will no doubt make strong contributions with bat and ball to help second grade make a big impact in 2018/19.

Due to increasing work commitments former 3rd grade captain Javed Badyari has stepped down from the role this season.  He will be replaced by former first grade premiership winning bowler, Nick McLachlan.

‘Nickos’ has decided to take on the role this year to help out the wealth of upcoming talent within the club. With plenty of first grade expereince, as well as being a former member of the Sydney Sixers Development squad, Nickos will be a tremendous leader of the third grade side, and will no doubt lead the side to plenty of success in 2018/19.

2017/18 Captain of the Year Adam Gummer will continue the role of 4th grade skipper in 2018/19. Gumms showed stellar leadership throughout the 207/18 season, taking 4th grade to their second premiership, and the first since 1972/73.  Gumms will be the perfect man for the job in 4th Grades quest to go back to back this season.

Fifth grade will be led by former first grade off spinner, Dylan Marshall for the 2018/18 season, who takes over from premiership winning captain Geoff Isaacs. Man of the Match in the fifth grade Grand Final last season, Dylan brings a wealth of knowledge and experience to the side, and will help continue to foster the talent of the up and coming cricketers in 5th Grade.

Finally we are pleased to annouce NSW Rookie Contract Player Jack Edwards as the Poidevin-Gray skipper for the upcoming season.  Jack will look to make a big impact on the PG’s competition this season, and after some disappointing team results over the last couple years, Jack will have a strong desire to lead the team to the premiership.

The Brewer Shield and Green Shield Captains will be announced at a later date.

Congratualtions to all captains on there appointmnet, and good luck for the upcoming season.