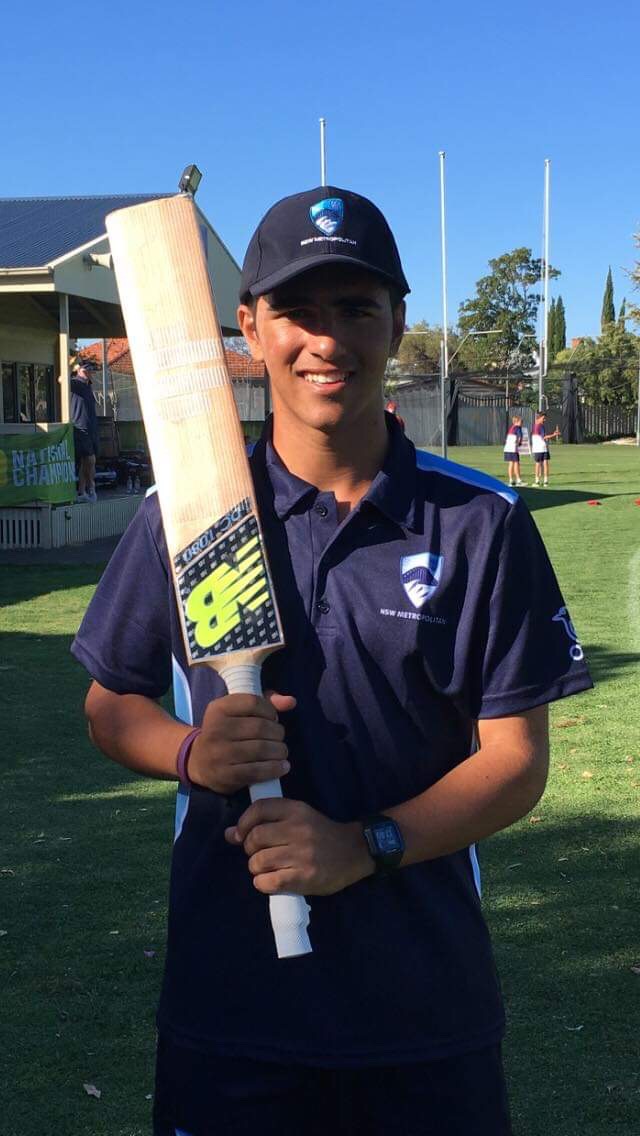 Ollie Davies has broken the record for the highest individual score on the first day of the Australian U19 Championships.

Skippering the NSW metro side despite still only being U/18, Davies took apart the Northern Territory attack, hitting a record 207 runs off only 115 balls in the round 1 clash.

His innings included an amazing 6 sixes in one over, an feat very rarely seen. All 6 shots were slog sweeps over mid-wicket.

Davies was part of a mammoth NSW Metro score of 4/406, helping them to a 168 run win to start their tournament off with a bang.

The right-hander said he had never hit six sixes in one over.

“After the first two sixes, I sort of had in the back of my head that I wanted to try and give it a crack,” Davies said.

“It paid off in the end.

“(My aim during the over was) to target forward square to cow corner.

“Just getting down on the back leg before it was even bowled, just trying to slog sweep them over mid-wicket.”

Last season, Davies became the second player born in the 21st century to score a hundred in NSW Premier Cricket, when he made 119 for the Tahs against St George in Round 14.