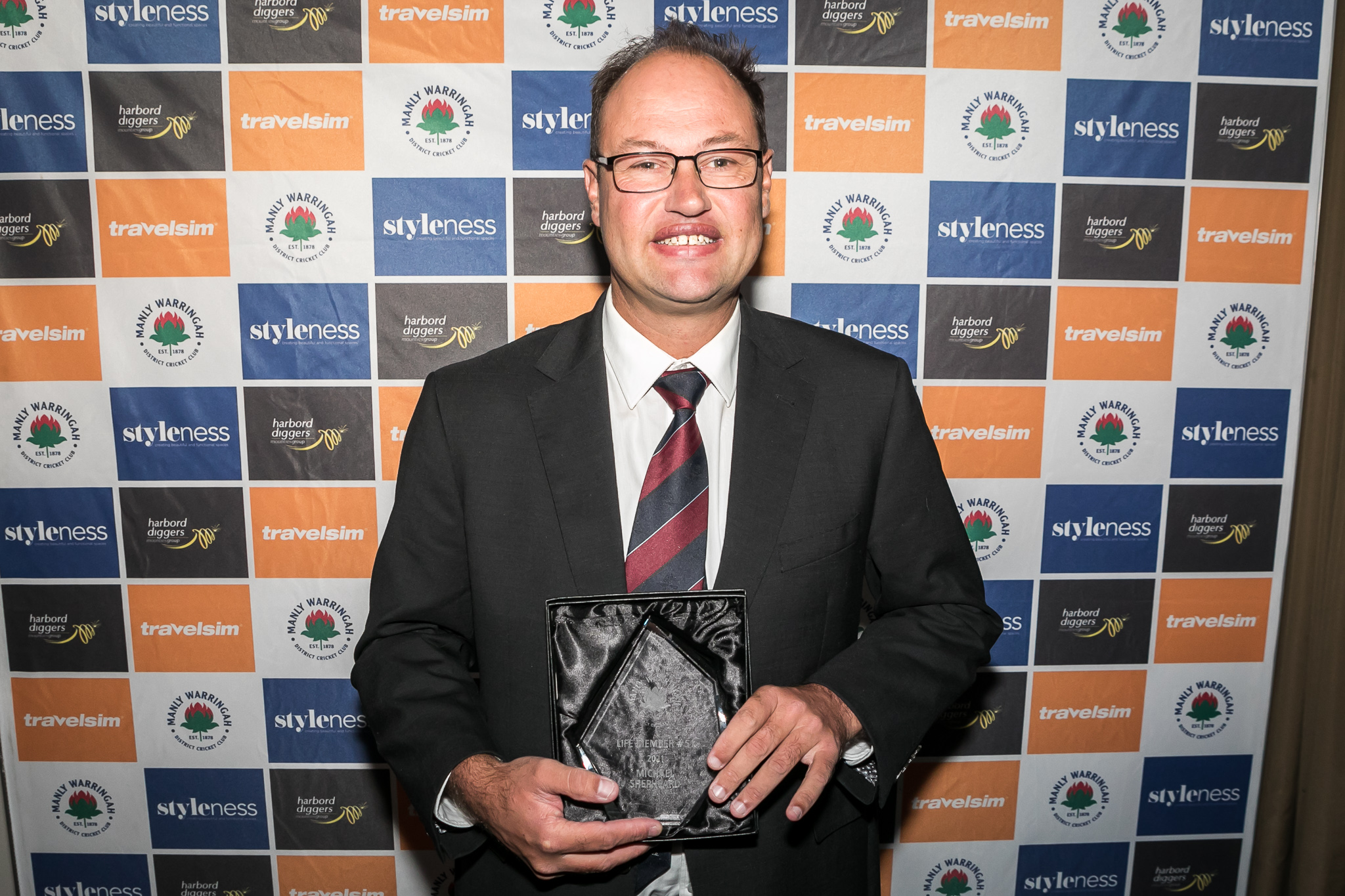 The Styleness Manly Warringah Waratahs have capped off a fantastic 2020/21 Season with an emotional presentatin evening on Saturday Night.

Returning to the Novotel Manly Pacific, more than 200 guests consisting of players past and present, wives, girlfriends and family members gathered to celebrate another fantastic year.

As per usual, the night started with a welcoming address from president Andrew Fraser, before a season in review put together by the incredible Ian Bird.

From there the awards started, with batting and bowling awards given to the standout performers for each side, as well as club wide performance awards. For the full list of winners, see below.

Just before the dinner break, is when the tears began, with Deputy President David Gainsford, and President Andrew Fraser nominating Michael ‘Juice’ Shepherd as the 51st Life Member of the club.

Both men gave incredible speeches, which honoured the stellar work Juice has done for Manly Cricket before everyone was shown another great video presentation from Ian Bird, displaying the incredible work of Juice.

It was then put to a vote by Andrew Fraser, where Juice was unanimously voted as the 51st Life Member of Manly Warringah District Cricket Club.

A servant of the club for more than 25 years, there was not a dry eye in the house as Juice was presented with his life membership Medallion, and when he gave an emotional speech thanking his parents, family and all the friends at Manly he has made along the way.

Congratulations Juice on your life membership. It is thoroughly deserved and now puts you in an elite crew of Manly Cricket.

In addition to celebrating the life membership of Juice, as well as 2 premierships, the night was a way to celebrate the incredible career of Phil ‘Skid’ Marks at Manly Cricket.

It was only fitting that in his last year at the club before moving to Queensland, that he was awarded the Clubman of the Year award, named after his father Keith.

Another emotional moment, Skid was given a standing ovation for not only his work in 2020/21 but for all his years at the club, before giving a great acceptance and farewell speech to the members of Manly Cricket.

Congratulations Skid on this incredible honour, and thank you for all your work over your many years at the club.

Another key award winner from the night was Nat Guyot winning the prestigious George Lowe medal, for the second year in a row.

The captain of the Brewer Shield, Nat has once again excelled off the field with all of her Community work as a part of the Manly for Manly program. Congratulations Nat!

Congratulations are also in order for 3rd Grade batsmen and Women’s Wicket Keeping Coach Dom Wheeler, who was awarded the Presidents Award.

Dom has been a huge part of the club for many years, not only on the field, but also off it, for his coaching with the Women’s program, as well as putting together the Annual Report for the club.

It is a testament to Dom for all the hard work he has put in for Manly Cricket since joining the club. Congratulations Dom.

Congratulations to all award winners on the night. A full list of all winners can be seen below.

To see all photos from the night, click here.