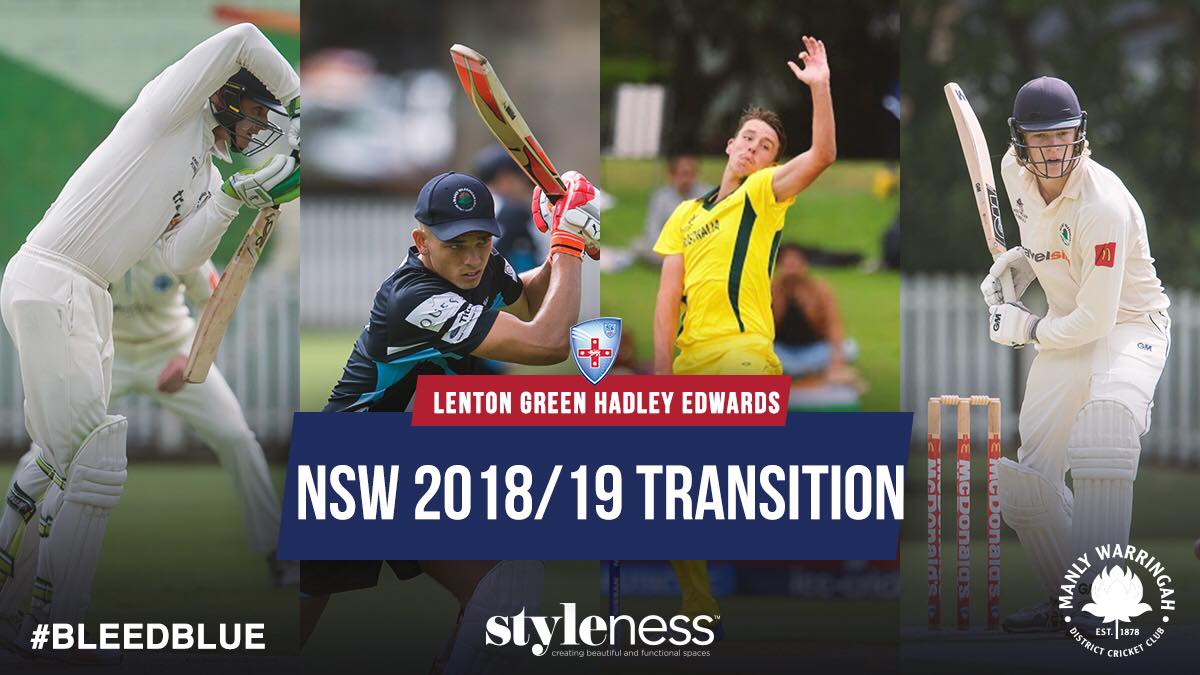 Four Manly Warringah Cricketers have been included in the newly announced Transition Squad by Cricket NSW.

Current Sydney Thunder players Chris Green and Jay Lenton, as well as NSW rookie contracted players Jack Edwards and Ryan Hadley, have all been named in the 16-man squad.

The Transition Academy will allow players from NSW Premier Cricket, as well as under age pathway players and NSW rookie contracted players to better transition into professional cricket, with a particular focus on the Big Bash League.

Designed to complement the current Sydney Sixers and Sydney Thunder Academy squads, the transition squad will allow players to better hone their T20 skills in specialist training in a professional environment.

Chris Green has shown his T20 ability throughout the world, with recent appearances for Sydney Thunder in the BBL as well as appearances in the Pakistan Super League and the Caribbean Premier League. Green’s inclusion is another step in his rise to prominence and will see him add to his already stellar performances in T20 leagues around the world.

The talent development of Manly Junior Jack Edwards continues with his inclusion in the Academy. The squad will allow Jack’s abilities to further improve and will hopefully see Jack earn himself a BBL debut in the upcoming season.

Ryan Hadley has shown dominant performances with the ball for the Australian u/19 squad and in Premier Cricket in recent years. The transition academy will look to further add to these performances, and help Ryan prepare for a hopeful BBL spot.

Congratulations to all players announced in the squad, and Manly Cricket wish them the best in the pursuit for a Big Bash spot in the upcoming season.