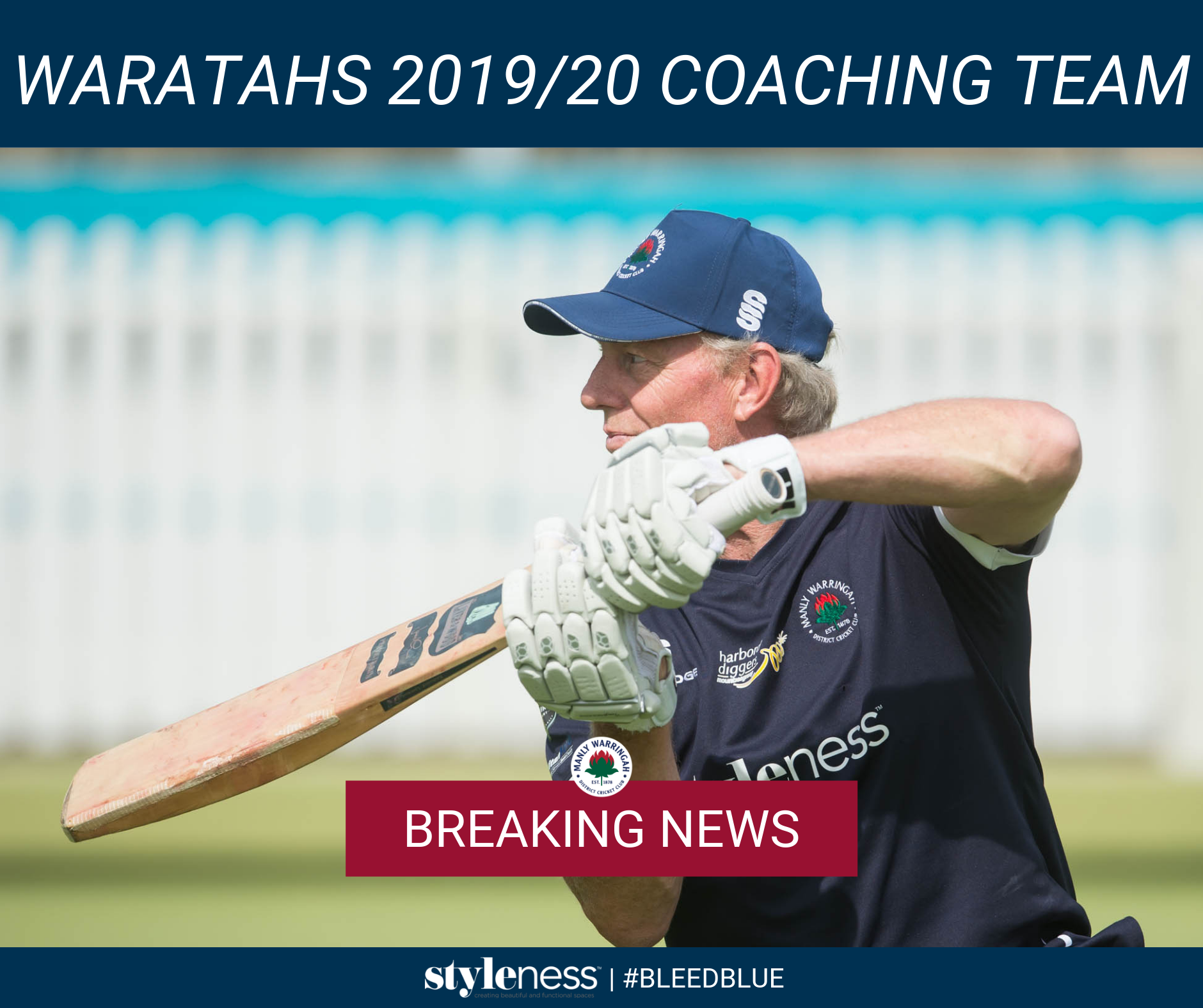 David Gainsford has re-joined our coaching team in a string of changes for the Waratahs coaching structure for 2019/20.

Gainsford has been appointed Director of Cricket across both our Men’s and Women’s program, overseeing our overall cricket structure and accountabilities.

Gainsford won’t be involved in the day-to-day coaching but will take an overarching view of our cricket program while also taking on some of the behind the scenes coaching admin duties.

Gainsford is a former Men’s Head Coach and has been at the helm of our Green Shield side over the last few years.

Phil Marks has been appointed as Men’s Head Coach, stepping up from Assistant Coach over the last few seasons. The man affectionately known as “Skid” has shown a new lease of life since his appointment and is relishing the opportunity.

Tim Cruickshank has stepped down from the Head Coach role due to work commitments and the upcoming birth of his first child.

However Tim will remain on Marks’ coaching staff as a batting coach and captains mentor. It’s fantastic to have someone of Tim’s stature continue to be a part of our club.

Simon Waddington again takes on the Women’s Head Coach role. With the growth in our Women’s program, this role is becoming increasing important. Some big announcements are on the horizon for the girls upcoming season.

Marks and Waddington will be ably assisted by Roy Vumbaca on the Men’s side and Ross Denny on the Women’s side.

Roy has proven to be a brilliant asset to the club after coming through the junior coaching ranks and will be Skids right hand man throughout the season.

Ross Denny also continues in his role as assistant coach of our Girls. Ross doubles up as the head of our women’s program and is the chief driver behind it.

Rounding out our team on the men’s side include David Gardiner as our fielding coach as well as our grade transition and mentor coach, as well as the ever reliable Bob Rollins who continues as one of our esteemed batting coaches.

Life Member Sam Mesite also joins the team as a batting coach for the men, bringing a wealth of 1st grade and batting experience, while former Australian U/19 fast bowler and fellow Life Member Gavin Fletcher continues as our bowling coach.

For the Women, Bob Rollins will also work with their batsmen while Mickey Edwards will continue his role as bowling coach, a position he filled so admirably last year.

Joel Foster has also come onboard as an assistant coach to help Waddington and Denny. In fact our entire Men’s 1st Grade squad will be dropping into Women’s training throughout the year.

Considerable investment is made in our coaches each season, more so in recent times with the advent of our Women’s program. We are very proud of the structures we have in place and are very confident of a big year ahead.