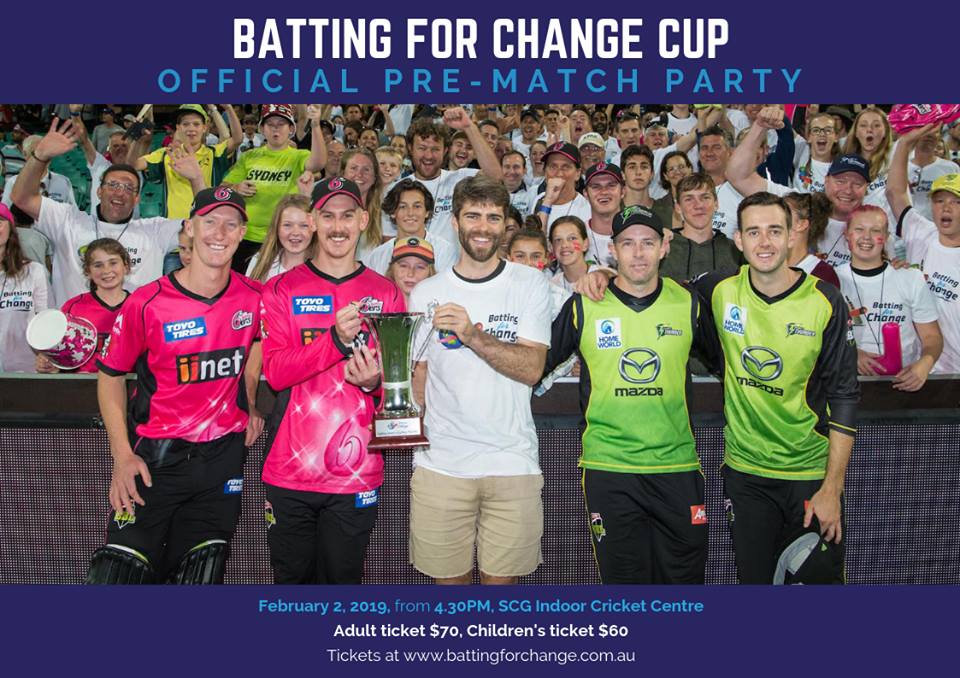 The Batting for Change Cup will once again be contested between the Sydney Sixers and Sydney Thunder on the 2nd February 2019.

The cup seeks to raise funds for charity Batting for Change, which was founded by former Sydney Sixers, SYdney Thunder and NSW player Ryan Carters.

Carters started the charity with the aim of supporting struggling students in India and Sri Lanka, and to give them a better chance at education.

Following the pre-match party, all attendees will head to the SCG to watch the game between the Sixers and Thunder, which will feature an array of Manly stars including first grade captain Jay Lenton.

Tickets are only $70, and include entrance to the pre-match party as well as the ticket to the Big Bash match.

For further information on the charity and the event, as well as to purchase tickets, click here!