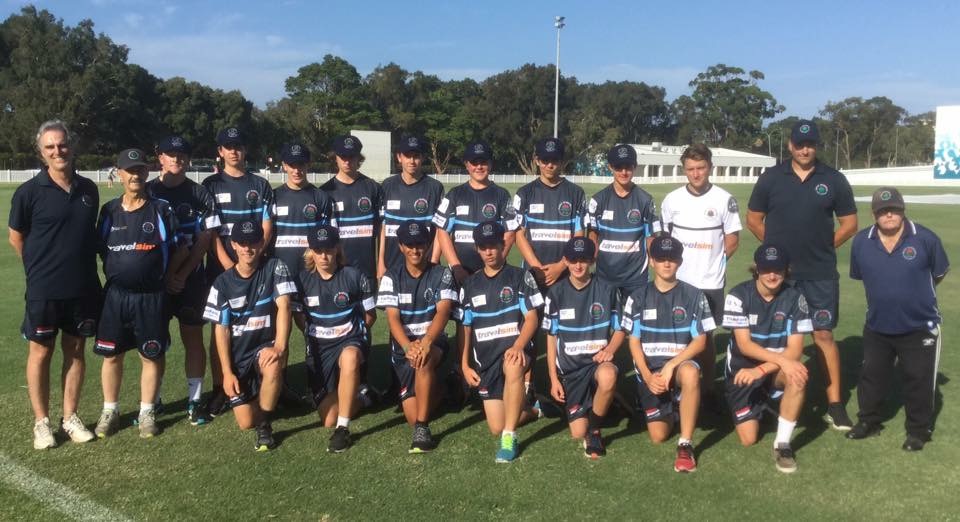 TravelSIM Manly Warringah Waratahs Green Shield head coach David Gainsford has claimed that the U/16 team are looking strong ahead of the campaign opener this coming Thursday at Waverley Oval against Eastern Suburbs.

Gainsford has taken up the head coach role once again after a years break, and is confident that the boys will put up a good showing in the premier boys junior cricket competition in Australia

With 4 wins and 3 losses in 2016/17, the Tahs only miss out on a finals birth through quotient, and Gainsford is confident the boys will put on another good showing.

“We have been training for a few months now, and the team is really starting to gel well”, said Gainsford.

“I couldn’t have asked for a better bunch of boys to be honest, they are all very responsive to anything that you ask them to do, and take on feedback really well. I think we are in for a strong and exciting season.

Gainsford will be joined by co-coaches Tom Kaye and Roy Vumbaca in a revamped coaching line-up from last year. Tom Kaye remains from the 2016/17 set-up.

“It’s also great to have Roy as one of my off-siders, he has fantastic cricket knowledge and will be a great help over the next few weeks.”

“Tom still remains from last year and has a fantastic rapport with the boys and will again be a huge part of the campaign.

The squad will be co-skippered by Brynn Mendel and Aidan Bennett, 2 players that have already tasted 4th grade this season. There is also a great mix of youth and experience with plenty of boys backing up from last year and 8 of the successful U16s rep side in the team, but also the inclusion of exciting young gun, U/14 player Joel Davies, who has also played a couple of games in 5th grade.

All of the boys are local juniors and have come through the Manly Warringah pathway program, cutting their teeth at Warringah Shires before some progressing onto the grade ranks

The entire club wishes the Green Shield team all the best for the campaign. Green Shield is a great stepping stone for many grade cricketers and beyond. Indeed, many future Australian stars such as Michel Clarke, Brett Lee, Mitchell Starc and David Warner have gone through the Green Shield program.

We hope to see them in the finals come mid January.