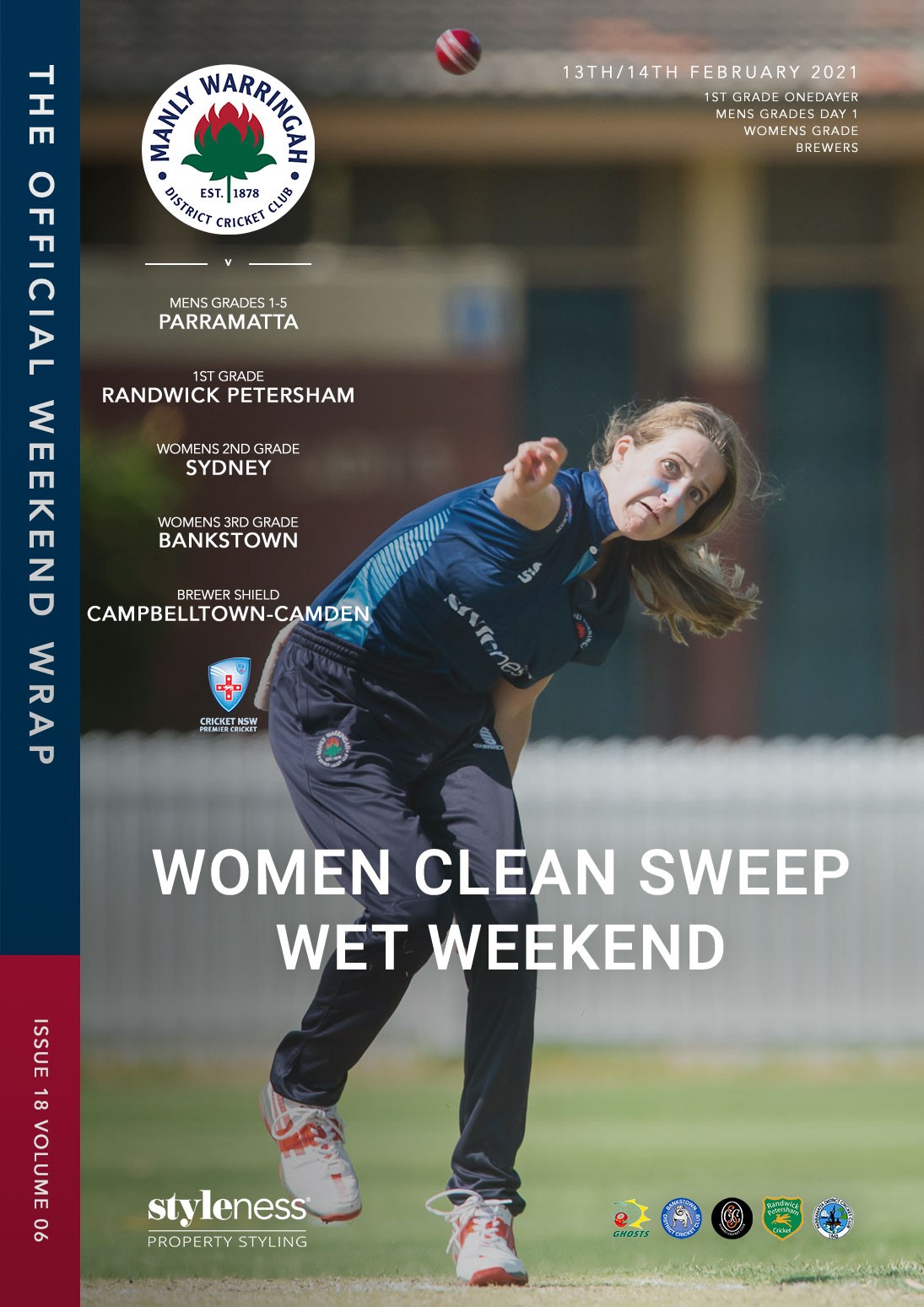 Unfortunately Saturday saw washouts all across Sydney. Sunday brought two fantastic victories for the women although our Men’s 1st Grade side couldn’t follow suit, bowing out of the one-day competition with a comprehensive loss to Randwick-Petersham in their semifinal. Charley Camburn hit a magnificent 75 for W2s in their top of the table clash with Sydney, well supported by Mikaela Turik with 45, while Brewers completed another strong win thanks to a combined bowling effort from Gemma Lacey, Mia Nel and Chelsea McLerie, before Chloe Osborne continued her good form with the bat.

Burdekin Female Player of the Week

The weeks Burdekin Women’s Player of the Week goes to none other than superstar all-rounder Charley Camburn. Charley steered W2s to a convincing bonus point win over the weekend, opening the batting with an impressive 75 run knock. Charley’s poise and grace under the pressure of wickets falling around her allowed Manly to build a solid platform to defend with the ball in the second innings, in which Sydney were toppled for 104 runs in the 34th over. Stunning effort Charley and go Manly! 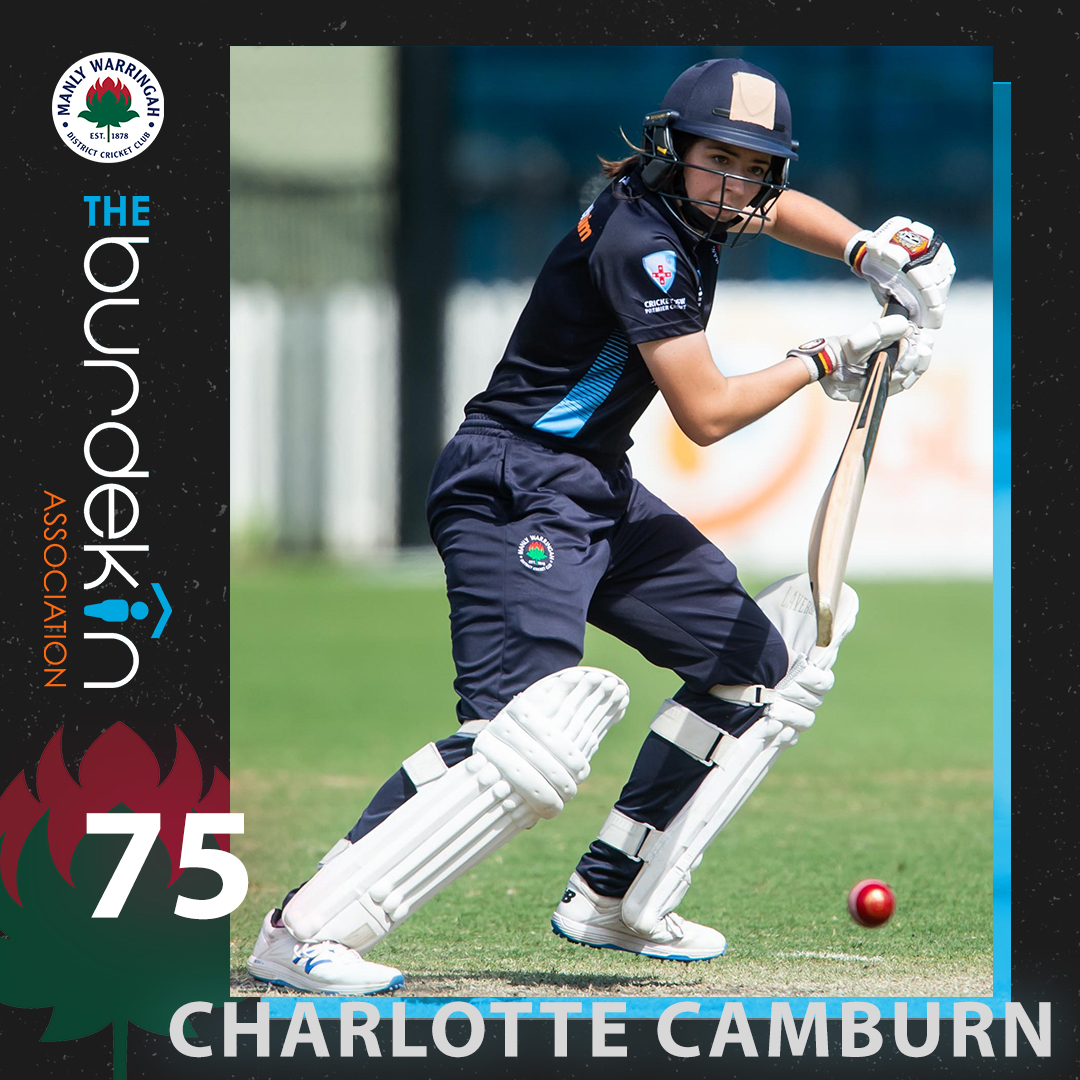 The boys were excited to playing the first semi-final down at Manly Oval in a number of years. An extra bonus was having Jack and SOK back from big Bash duties with the Sixers. There was no Ollie for us today given he was playing his debut much for New South Wales on the Monday. Congratulations Ollie on such an amazing achievement and for a well made 57.

Jay lost the toss on quite a dry manly oval wicket and we were in the field to start. Our bowling innings started very well, we were right on top from the early overs having Randwick 4-60 at one stage, a little 7 over masterclass in swing bowling from Tommy Kaye at the top. We continued to take regular wickets throughout, however, Riley Ayre was a mainstay of Randwick’s innings scoring a great hundred to get them to a total of 213. We couldn’t fault our bowling effort, all the bowlers did a tremendous job, Jack Edwards being the pick of the bunch with a great 3 wickets off his 10 overs.

After a solid first 7 overs from the openers Ben and Jack, it went quickly downhill from there. We fell from 0-29 to 3-37 to 6-70 and from here it was always going to be a tough ask. Elliot gave us a glimpse of his power hitting with a quick fire 40 at the back end, but the damage was done at this point. We lacked a bit of fight and aggression through the middle from the top-middle order.

A disappointing end to our one day campaign, but not without a few lessons being learnt. 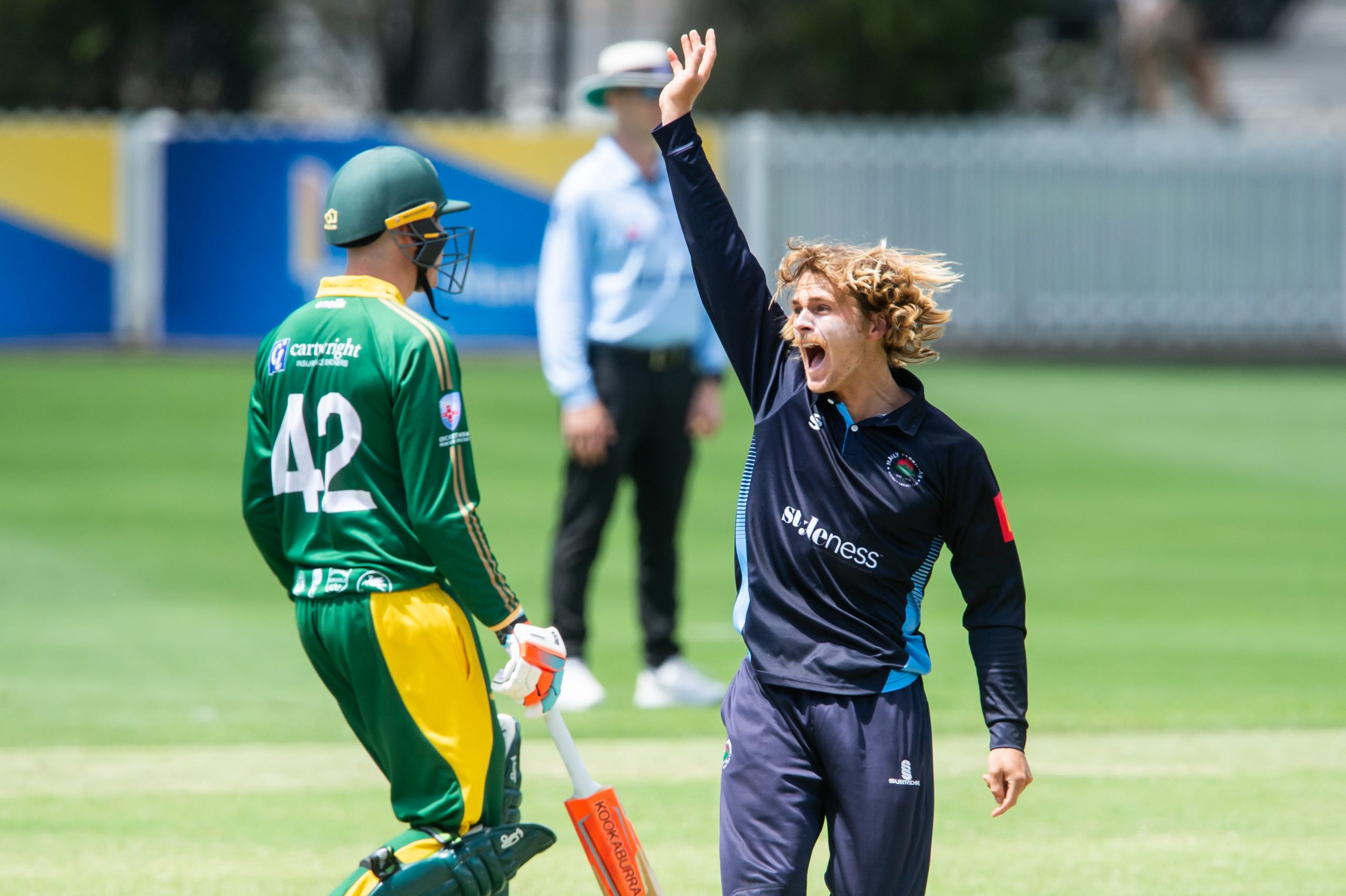 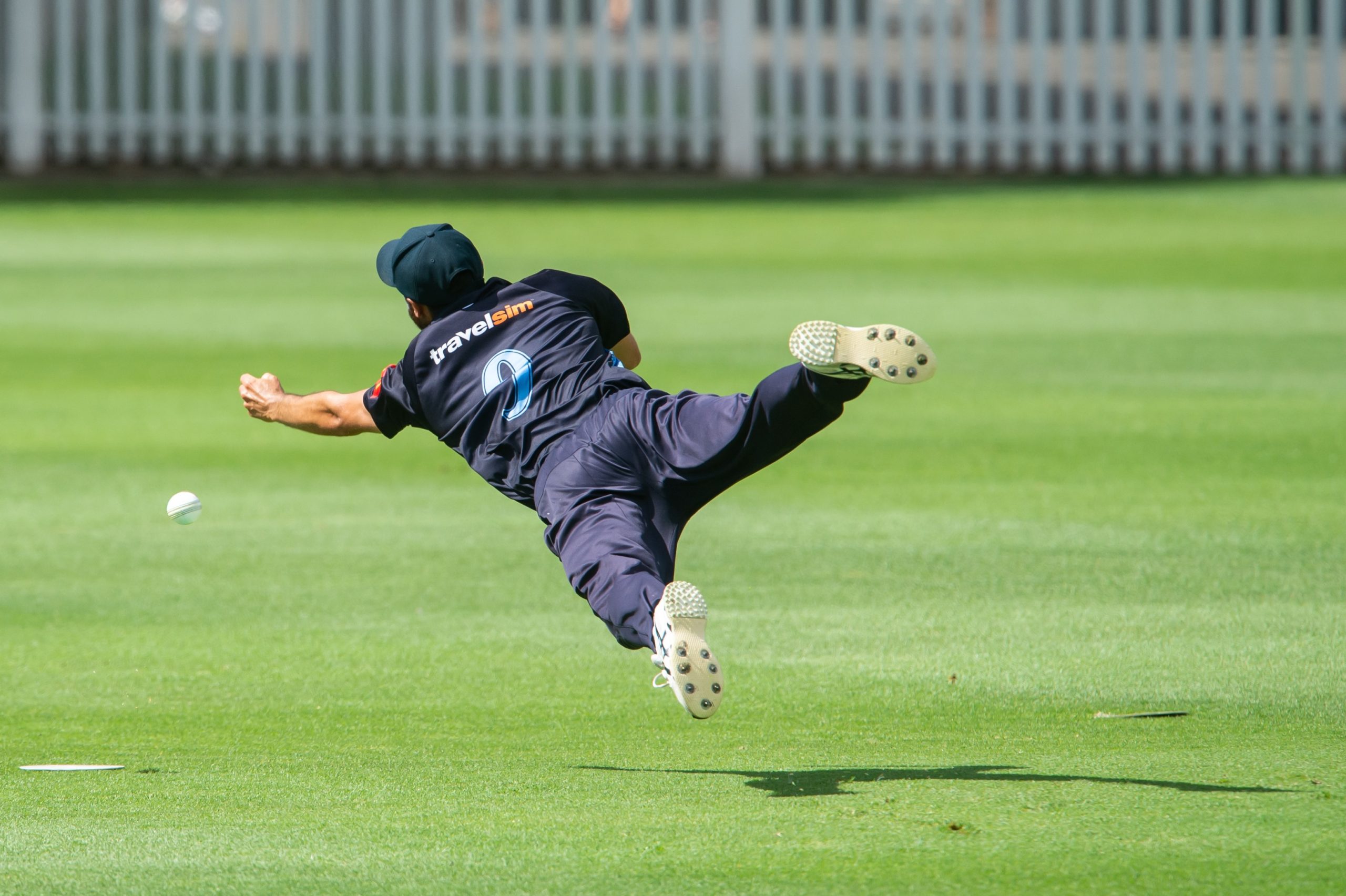 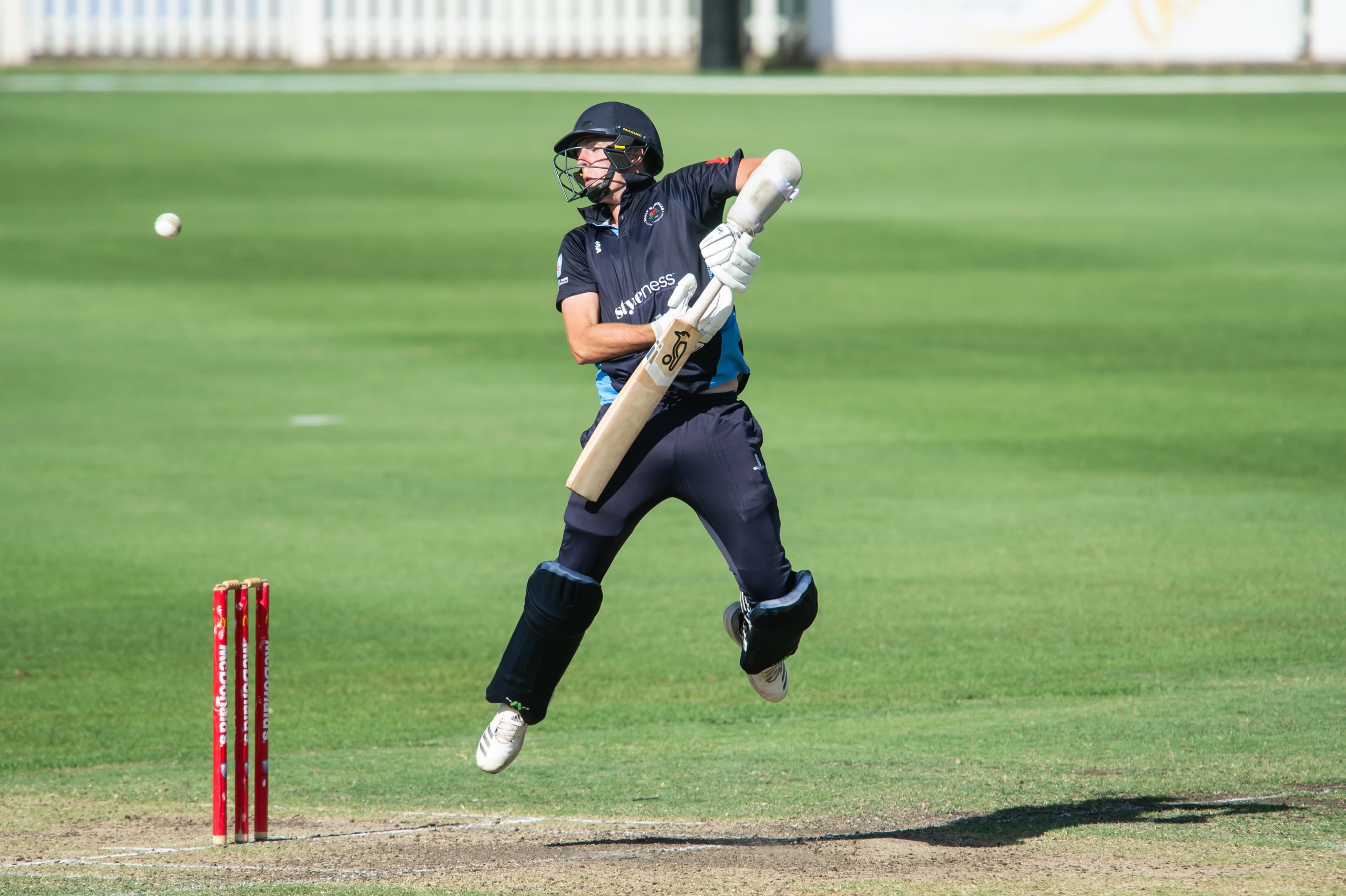 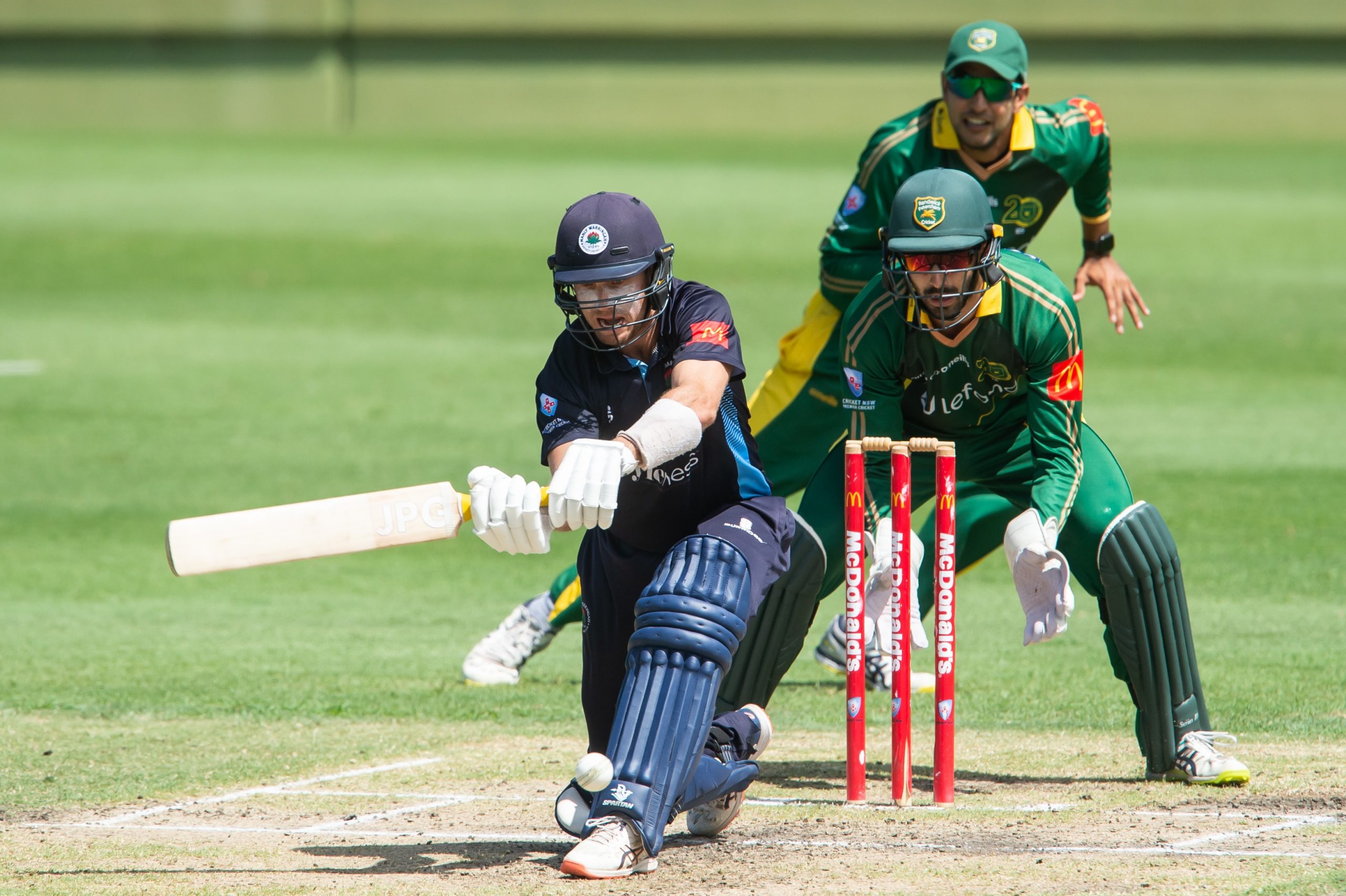 Manly women’s second grade were up against some tough competition on Sunday, having a close Match earlier in the season against Sydney were keen to get up against the team at the top of the table.

Mik won the toss and chose to bat, sending Charley and Zara in. Mik (45) and charley had a great partnership and were able to put a great score on the board. With charley batting most of the way through the innings finishing with a score of 75 (run out). Some quick scoring runs from Kristie towards the back end of the batting innings helped us to a total of 179 for 8.

Our opening bowers annabel and mia bowled some strict lines giving away no runs to their opening batters with Kate picking up the first wicket. Other mentions were to Mik (3-22 off 9), Sienna (2-19 off 8) with Zara and Kristie picking up the rest. An excellent fielding and bowling effort saw Sydney all out for 104. With Manly also able to get the extra bonus point.

A cold, wet start to the day greeted our brewer girls at Mike Pawley Oval on Sunday to verse Campbeltown. The dads and girls got down early to soak up all the water in the outfield, although the girls just went for a coffee run leaving the dads to the job. Our captain Natalie Guyot lost the toss and to our surprise Campbeltown decided to bat. An hour passed and the girls were ready to begin the bowling attack.

Chelsea Mclerie and Jessica Manning opened with strong pace to the opening left and right handed batters. Chelsea finished her spell brilliantly with 2/10 off 8 overs and also Jess finished strongly with 1/20 off 5 overs. Our girls had many chances for catches which unfortunately didn’t make it into our hands. Gemma Lacey (2/17 off 8 overs) and Ellie James (1/18 off 6 overs) came into the attack with more pace to apply pressure onto the batters.  It wasn’t long before spin joined the attack with Abi Melville (0/18 off 7 overs) and Mia Nel (2/8 off 6 overs) who both bowled very well slowing the run rate down. With spin looking good on the pitch Manly decided to keep the spinners on which brought Jasmine Wilson (0/8 off 6 overs) and Chloe Osborne (0/11 off 4 overs) onto the attack. Manly were going really well and restricted Campbeltown to 124 runs off 50 overs, 20 minutes ahead of time.

After lunch the girls were keen to get back out and try to get the runs in less than 40 overs for bonus points. Natalie Guyot (0) opened with Mia Nel (21) and unfortunately Nat was caught first ball of the innings which we thought was a no ball. Chloe Osborne (39) came into the crease to join Mia and created a great partnership of 45 runs. Just before drinks Mia was bowled bridging Ellie (23*) in to join Chloe. Chloe soon left the crease being caught on the boundary which brought in Ruby Gruber (13). Ellie and Ruby were batting very well, keeping us ahead of the total. Unfortunately Ruby got out bringing in Chelsea Mclerie (0) needing 5 runs to win the game. Chelsea was dismissed early off her first ball which brought Gemma Lacey (4*) in who hit a 4 scoring us the winning runs. The Manly girls got the runs in the 35th over also giving us well deserved bonus points. Well done girls, great win.