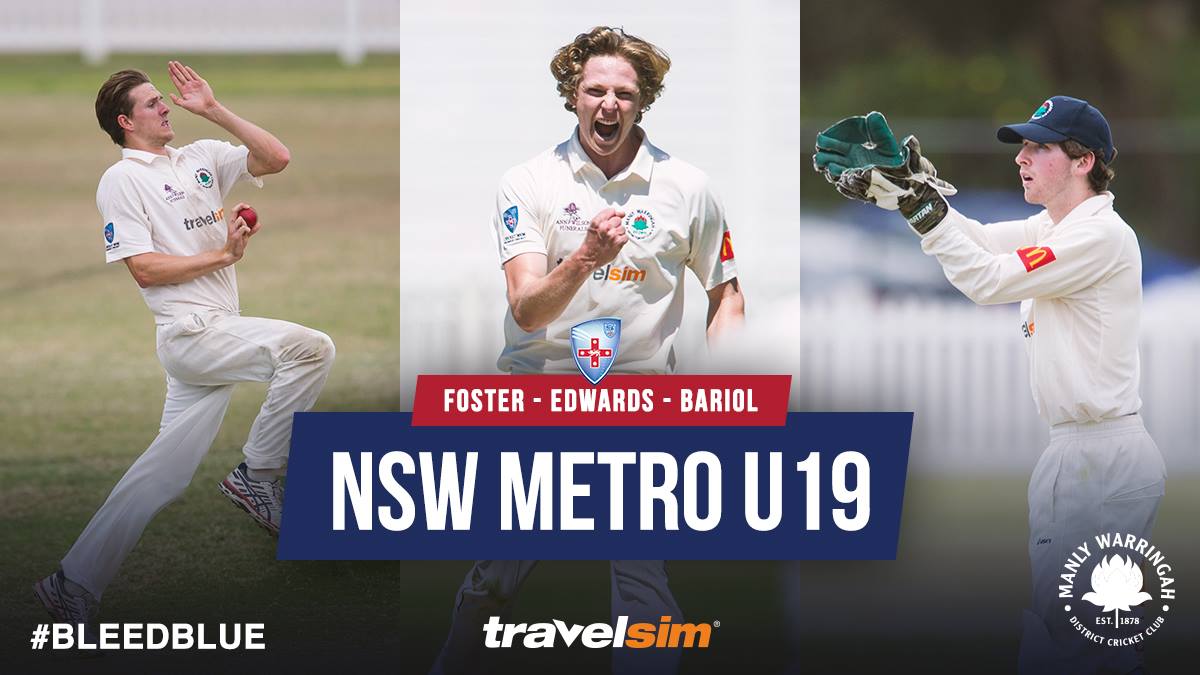 The TravelSim Waratahs are proud to have Jack Edwards, Joel Foster and Aiden Bariol all named in the U/19’s NSW Metro squad to compete at the National Championships in Tasmania during December.

All three of these young men have gained selection on the back of a strong start to the season with the Waratahs, along with impressive performances in previous NSW sides.

Jack Edwards has gone from strength-to-strength in recent months and is more than deserving of a place in the U/19’s squad. Jack has gained selection in the Sixers Academy, while also participating in the recent NSW intra-squad games, where he shone against a high quality attack scoring 85. The ‘Better Edwards’ has also been in good form for Chris Green’s 1st grade side, taking crucial wickets in the opening few rounds of the season.

New recruit Joel Foster has come to Manly and shown why he is held in such high regard, and is also deserved of a place in the NSW Metro squad. Joel has been bowling with serious pace throughout the preseason and opening rounds, and has also shown he is more than useful with the bat, most recently striking 32* in 2nd grade against North Sydney. We’re excited to see Joel continue to develop for the Waratahs and shine at the upcoming carnival.

Finally, Aiden Bariol has gained selection after a fantastic start to the season with the TravelSim Waratahs. Featuring in Jack Ritchie’s 2nd grade side along with Sam Gainsford’s PG’s squad, ‘Baz’ has already scored 208 runs at an average of 41.6, including 2 half-centuries. Aiden has evolved into a flexible and reliable batsman, highlighted by his 30-ball 64 in the recent U/21’s T20 at Manly Oval.

We can’t wait to see these boys shine on the big stage in December, and are sure they will represent the Waratahs with pride!