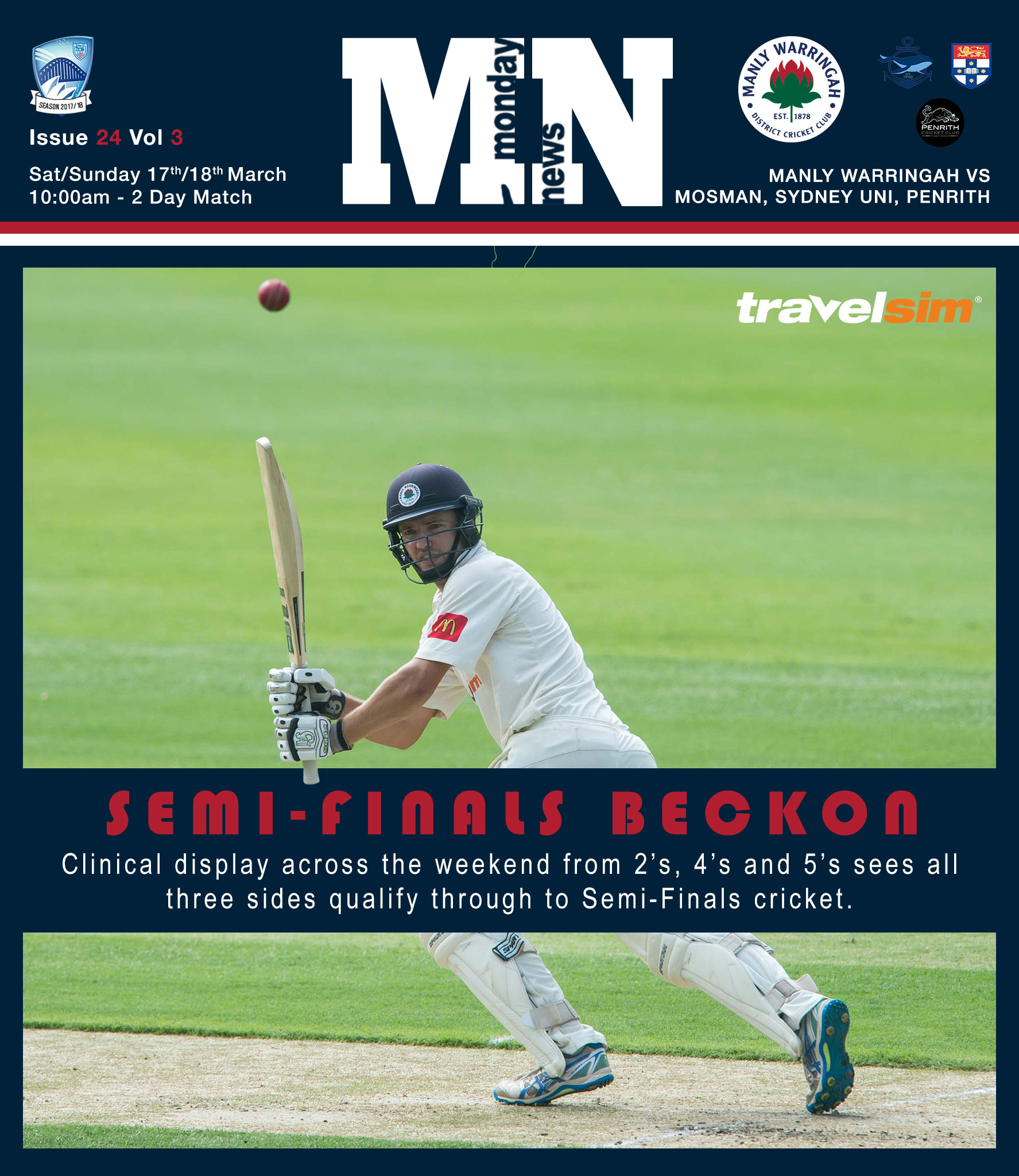 A terrific weekend for the Tahs as we had 3 wins from 3 matches in the qualifying finals over the weekend. Second grade had an emphatic win over Mosman as we made 308 and bowled Mosman out for just 69 in 29 overs. Another clinical display from second grade. Fourth grade also had a great victory over Sydney Uni as Uni made 172 and we passed it with 3 wickets in hand. Fifth grade toppled 2nd placed Penrith to knock them out of the competition race as we bowled them out for 134, and we passed them 2 down and batted out the day to finish on 7/277 from 94 overs.

Highlights of the weekend include a debut ton for Nick Cohen in 5s finishing on a majestic 102 off 164 balls. Another ton to Logan Weston as he finished on 102 from 161 balls with six boundaries and four maximums. And finally a terrific 218 ball stay at the crease for Adam Gummer who finished on 44 to anchor fourth grades run chase.

Second grade head out to Benson’s Lane next week to face Hawkesbury while both fourth and fifth grade have secured Home semi finals next weekend.

What a weapon! Nick ‘Slothy’ Cohen scored his debut 100 for the Tahs in fifth grades terrific victory over Penrith over the weekend. Nick held the run chase of 135 together as he mixed his usual flare with great defence to ensure the run chase was never in doubt. Slothy has had a solid season to date so far with many starts and it was terrific to see him go on and go big to bring up his first 100. He will no doubt be a key player once again next weekend in the semi finals. 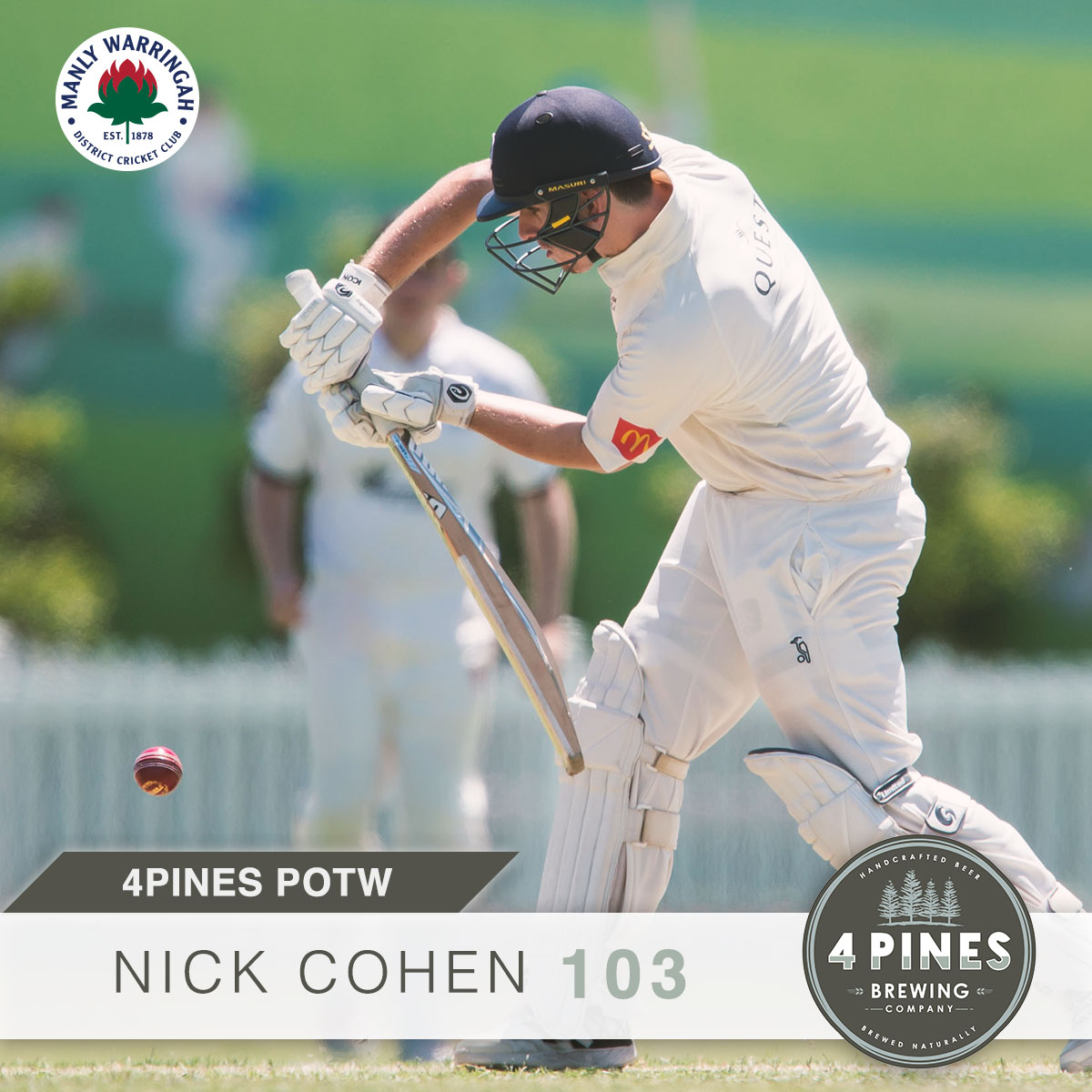 The Two’s lads rocked up to Manly oval on a Beautiful Autumn’s day ready for some finals cricket. Skipper Gainsford won the toss and elected to have a bat on a good looking wicket, The Manly boys got off to a shaky start losing Cubby and Ralphy early on. Cubby fell LBW in the first over whilst Jarrod was unlucky and got caught down the leg side trying to whip one of his pads. This brought the inform Logan Weston and Tom Kaye to the crease, these two batted patiently looking to settle down the Tahs innings. As this partnership started to build so did Logans stroke play and not long after he brought up his 50. Unfortunately after a 74 run stand Tommy Kaye decided to let one hit his off stump for some reason and was out for 22. Aqua Man Bariol hit a beautiful sweep shot for 4 but then clipped one to Mid Wicket off the spinner leaving the Tahs in a bit of trouble just before Lunch. Ping and Logan Guided the Tahs through to lunch at 4/90.

After lunch, Carden hit a few boundaries but then chased a wide one and was caught behind for 12. This brought the DEEP to the crease, and no surprises with Logan and Ash batting together the runs began to flow. Logan brought up yet another 100 making that 3 in his last 4 innings (including a double ton), quite unbelievable. But just after his century he fell for 102. Ash and Gainsy continued the momentum through till tea with the Mosman side looking absolutely cooked.

As the last session began the DEEP reached 50 and was out a few overs later, Gainsford innings also came to an end shortly after making a crucial 31. The game was in the balance with the score at 8/236 but great fight from the lower order put the tahs in a great position. Nickos continued his very important batting form with a patient 15, but was involved in a 36 run 9th wicket stand with the PNG international Andrew Hicks. At 9/272 Hicksy and Jamo set out to bat the remainder of the day, and not only did that do that but they also scored at an exciting rate to end the day, Jamo hitting two massive sixes to end on 24* but unfortunately Hicksy was run out in the last over for 27.

The Tahs battled hard throughout the day to finish with a very Competitive 308. The Stars were Logan (103) and Ash (50)

The scene was set for a massive day 2 at Manly Oval, Blue Sky and temperatures expecting to reach about 39 degrees. The Manly boys were expecting a long tough grind out there on a beautiful batting pitch.

But that wasn’t the case thanks to Nickos, snicking the Mosman opener off first ball of the day and then proceeding to take 2 more wickets with a great spell of bowling well supported my Mr Jamieson at the other end. The wickets continued to fall at a regular rate with Jakey PING Carden picking up 4 wickets in his 9 over spell and Tommy Kaye and Hicksy picking up 1 each at the other end. Nickos finished off a dominant display by the Tahs rolling Mosman for 69 BEFORE LUNCH! 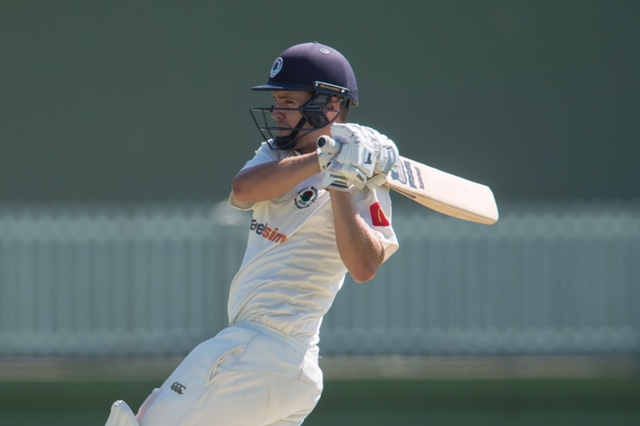 Weston looking comfortable on the back foot 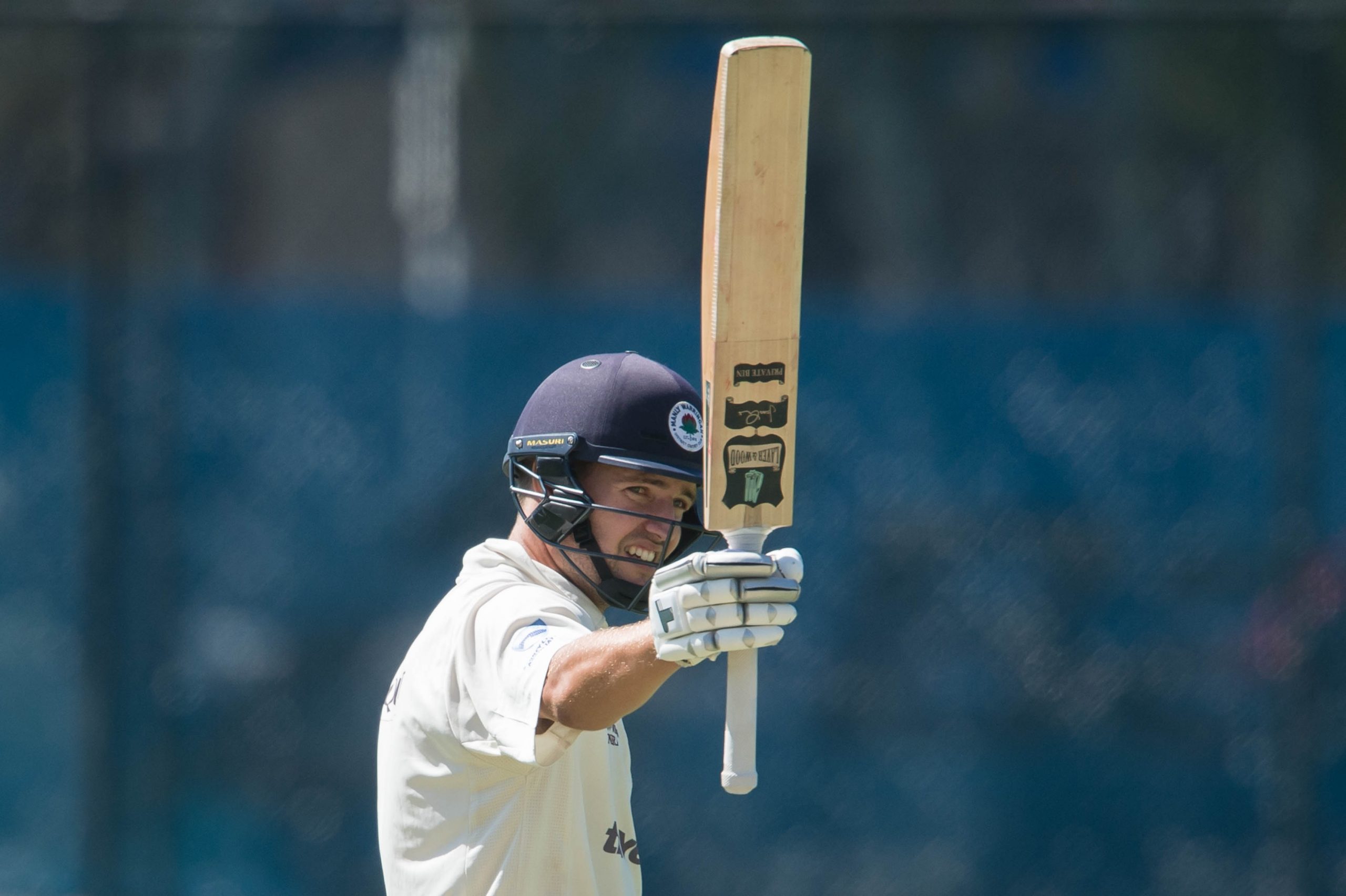 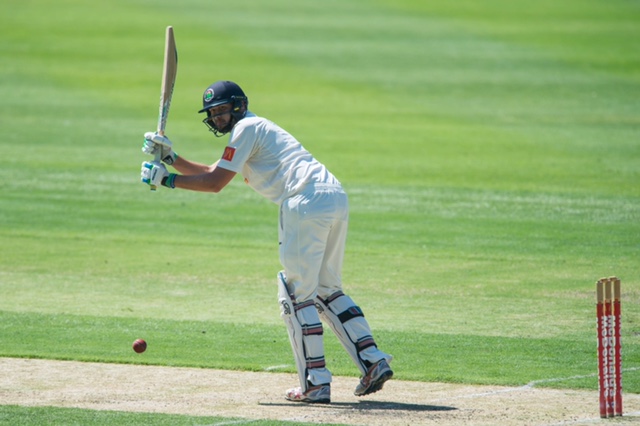 Jakey 'Heavy Ball' Carden flicking one off his pads 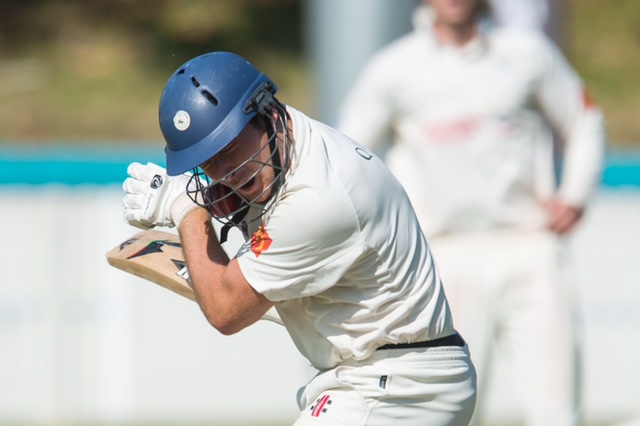 4s turned up to Graham’s and it felt like it was 2013 all over again with a nice flat highway that some could compare to a highway leading to Tamworth. Sydney Uni won the toss and elected to bat which was a strange decision or at least I thought so. Wilson and Counsell took the new pill and toiled hard. Brad got the edge to the opener then bowled the other opener to have them in trouble early. Councilman bowled with the lines and lengths that got him that BBL contract with the renegades not so many moons ago and was unlucky not to break through. Bain and Alexander were brought into the attack, Bain the xfactor he is took the edge of the number 3 and the stage was set for Sam Alexander, the fruit loop bowled the house down setting up the number 4 for an LBW. Uni really dug in the at 4 down and looked to be going well until there number 5 chopped on to have them 5/83. The fruit loop tempted the number 6 and iceman couldn’t keep his composure and Adam Gummer took a great catch. Counsell came back in and took down the lower order with some good tight bowling. We had them 9 down for a long time but the drinks came at a perfect time for us to compose and allow the x factor to take edge of the number 11 this time to have them all out for 172.

Gummer and Wheeler had a tricky 12 over period to get us through to stumps and Gummer showed great mental toughness and Wheeler was given to a very dicey LBW decision late in the day to have the day ending on 1-19. Will Akhurst and Gummer started us off with some great finals batting and got us to just under a 100 to win will chipped one to point but he really dug in for the team during a tricky period. Julio Walter entered and took up where Akhurst left off with some great batting, him and Gummer were taking everything the uni boys were dishing. Walt’s unfortunately left one that came back and left us at 3-117 Zach came in and was trapped for 1, Crombie and Gummer then put on a great partnership, Gummer unfortunately chopped on after a great 200 ball dig and we were 5-142. Brewster came in and hit some quick blows to get us to 164 with Crombie. The new ball was taken and soon after Crombie snicked off after a great 21 and we were 6-164 at tea. Brewster went straight after which left Wilson and Bain in the middle needing 9 to win and they knocked the runs off with ease. Great win for the boys and a really really big effort from Gummer to hang in on a 40 degree day. Special mention also to the bowlers who toiled on a road all day which is easier said then done. Also big thanks to all the guys who came down and helped out and cheered us on it was really appreciated by all. Hopefully we get the same support this week, but I understand Tamworth is a beautiful place this time of year. 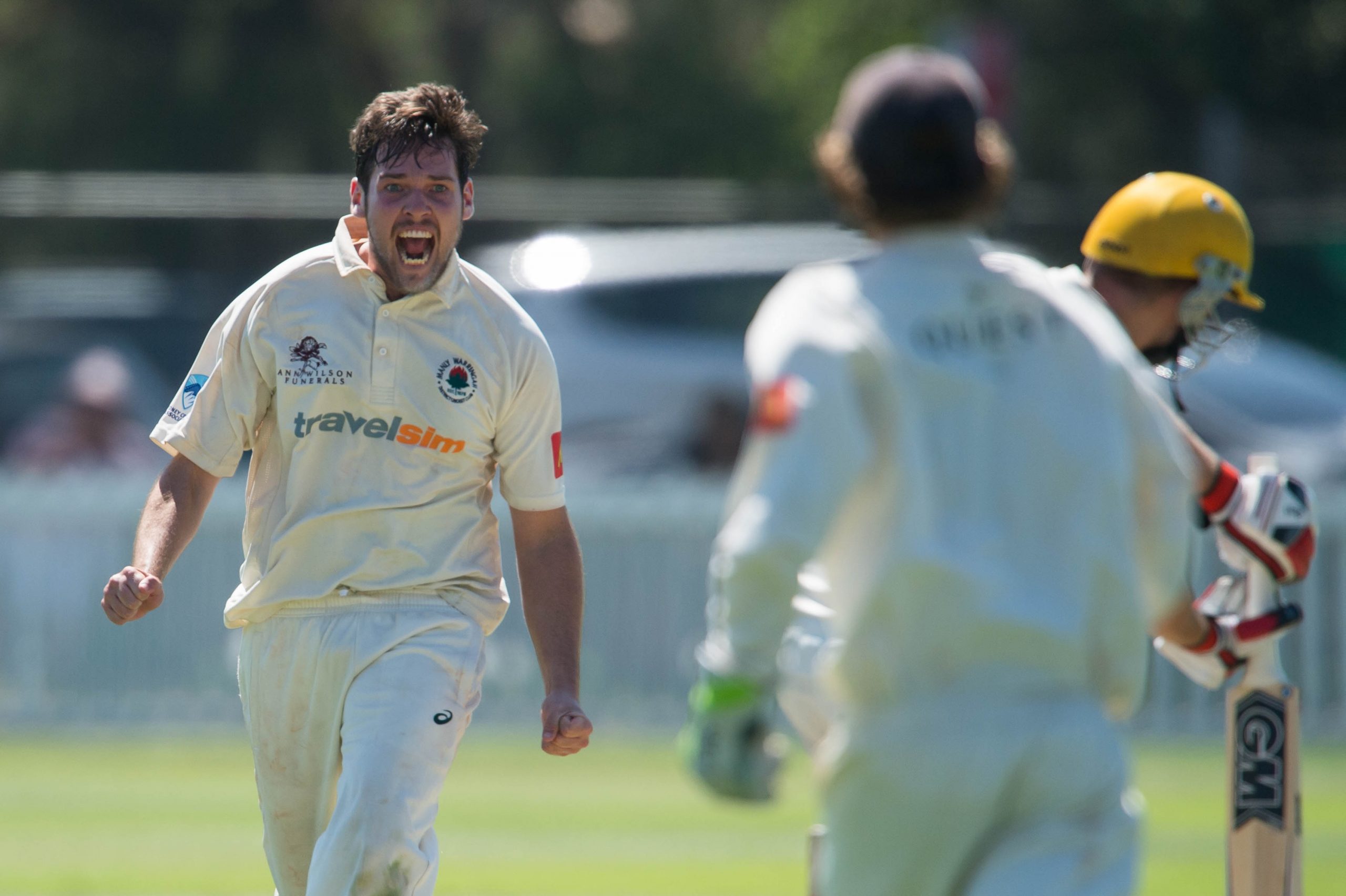 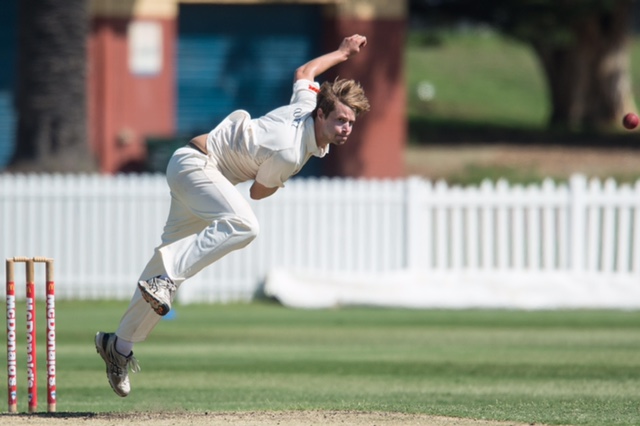 Crombie sending one down 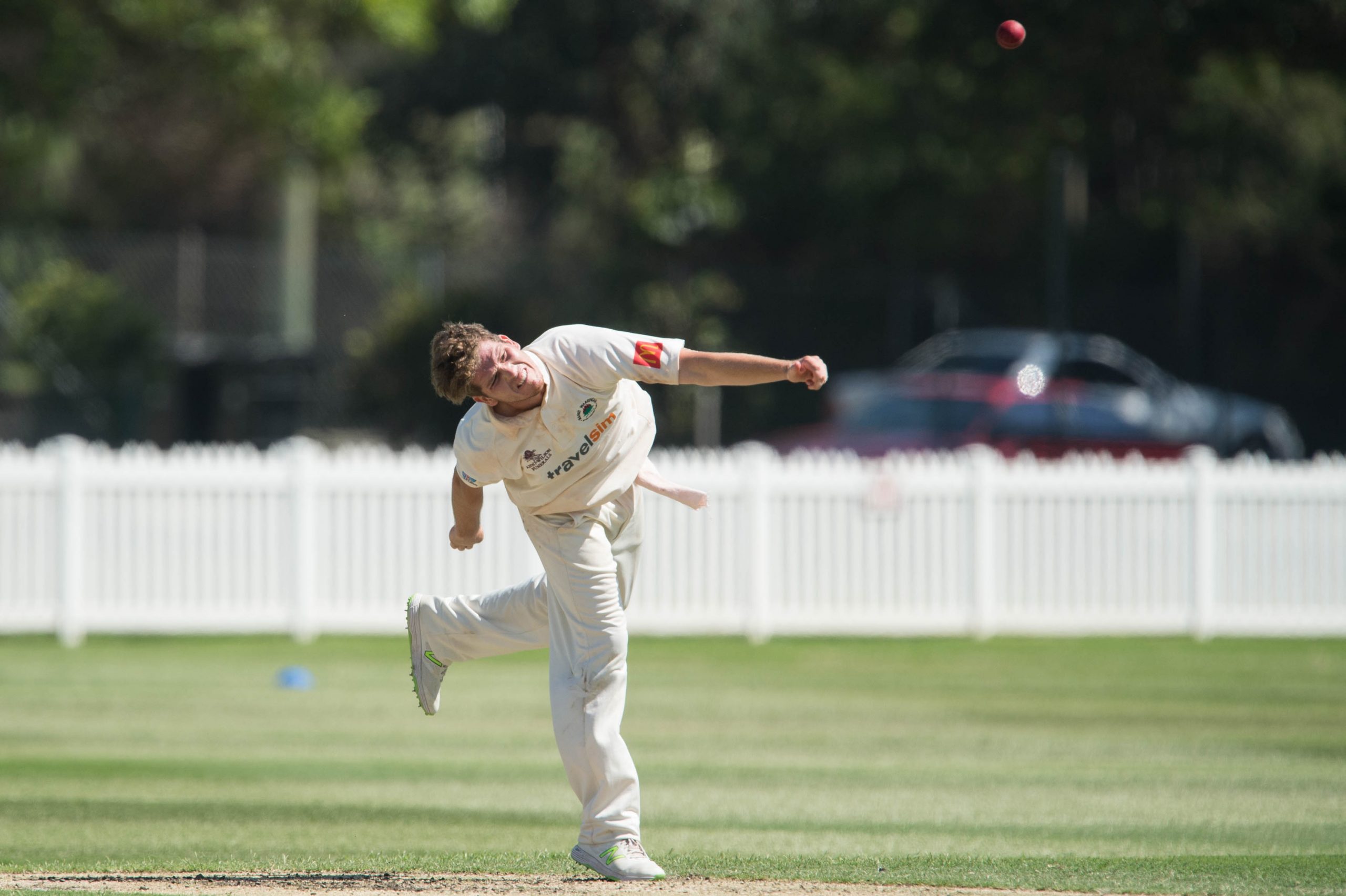 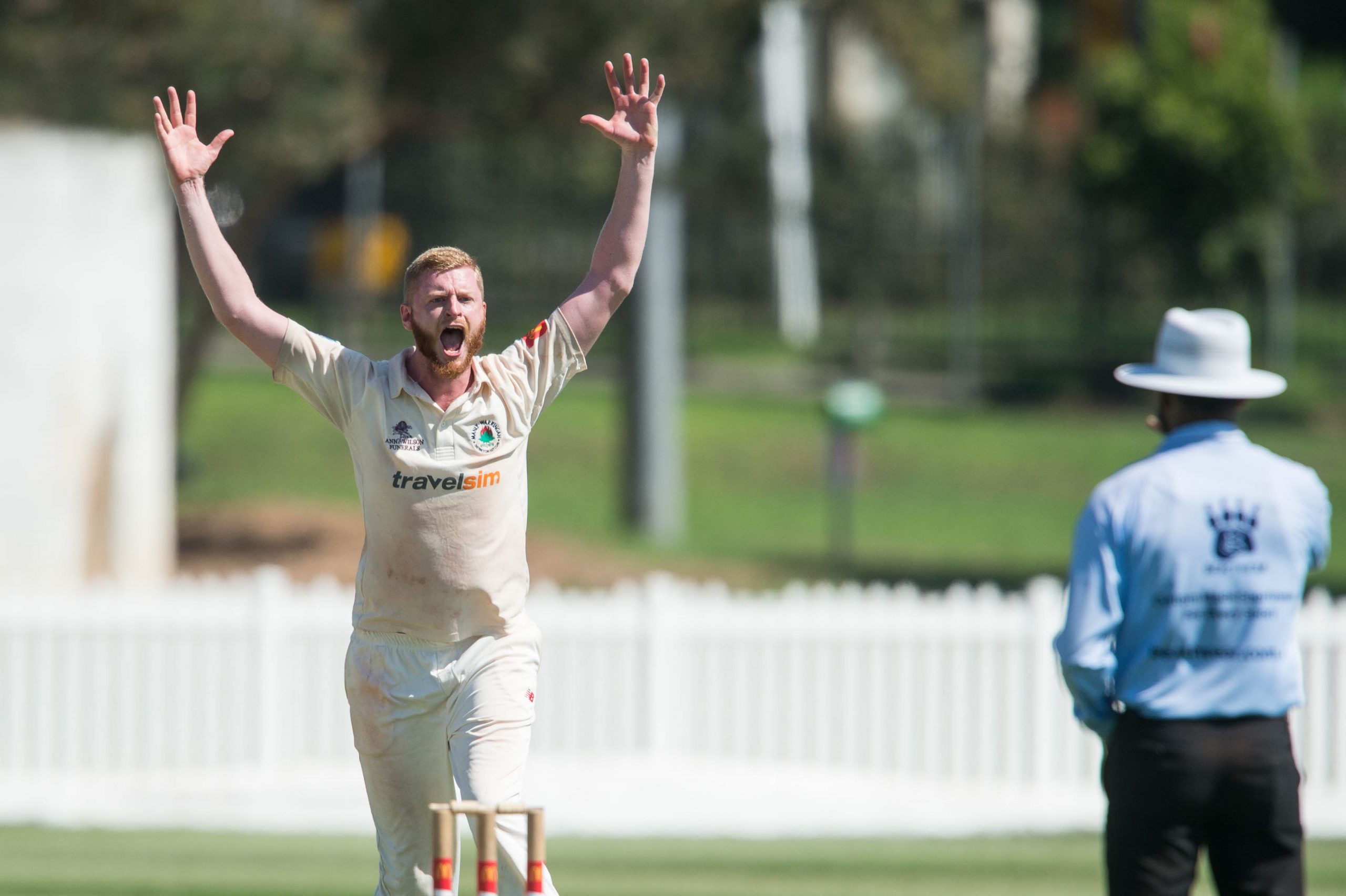 The mighty fives turned up to an already scorching Howell Oval in order to knock off a strong Penrith line up. The taste of finals was in the air and the boys were up for the challenge of two big days. Captain Issacs reflected the boys eagerness by winning the toss and electing to bowl.

Archer and Falconer opened up and were able to bowl tight and attacking lines straight away, making scoring tough already. However, it was clear that the Penrith side’s intentions were to bat us out of the game over the two days. Ninness and Graham came on and continued the squeeze on the Penrith batsman, with Ninness steaming in and bowling some vicious length balls, only to cut in at the bodies of the batsman. “Dirk” was then able to cut one back in to the captain, wrapping him on the pads to be judged LBW. The hustle and bustle of Graham was replaced by the equally hustly and bustleyness of Brewster that resulted in immediate effect with the removal of the other opener with a smart catch by super-sub Franks. Marshall then came on and was instantly sledged by the opposition supporters despite removing their number 3; “bowl him at both ends” they cried. Little did they know what was ahead of them after the lunch break.

Cruising at 3 for 100 shortly after tea, Archer was brought back into the attack and snicked off their leading run scorer for the season. This sparked their collapse. The big bopper decided he would run himself out looking for a suicidal second run, the extremely angry man gave Cohen some slips practice second ball; and then Ninnes went straight through the next batsman. Penrith loosing 4 for 3 in the space of two overs. From there, the Manly boys did not let off and picked off the rest of the tail in regular intervals to bowl them out for 134. Wickets were shared with Ninnes taking 3, Brewster with 2 and Bennett, Falconer and Archer with 1.

Back in the sheds, coach Marks stressed the importance not to let up and assert our dominance on this game. And that is exactly what we did. Mendel and Cohen came out and were putting away anything short or wide as well as regularly turning over the strike in the process. Mendel was looking good until he was unfortunately run out. Captain Issacs entered the crease and showed his class by patiently batting, before departing for a well-made 24. Davies joined Cohen at the crease and did not look like getting out at all. Cohen passed 50 as we crept close to the total, eventually passing the total 2 down overnight.

The next day we knew all we needed to do was to bat them out of the game and build a big lead in the even hotter conditions. Cohen started where he left off and brought up his maiden century for the club and his career in quick fashion, only to choke one down the leg side. A little middle order collapse ignited Penrith’s hope in the game but was quickly extinguished by Marshall and Brewster batting both uncharacteristically patient to get the side to lunch. However, after lunch the two resumed normal transmission and blasted the Penrith attack all over the park, with some on lookers shouting to bowl the very angry man from both sides. Brewster finished with a maturely made 32, whilst Marshall remained there until the end, notching up his maiden 50 for the club before an agreement was made to end the game.

A tough win for the boys as we look forward to the challenge of more finials cricket. 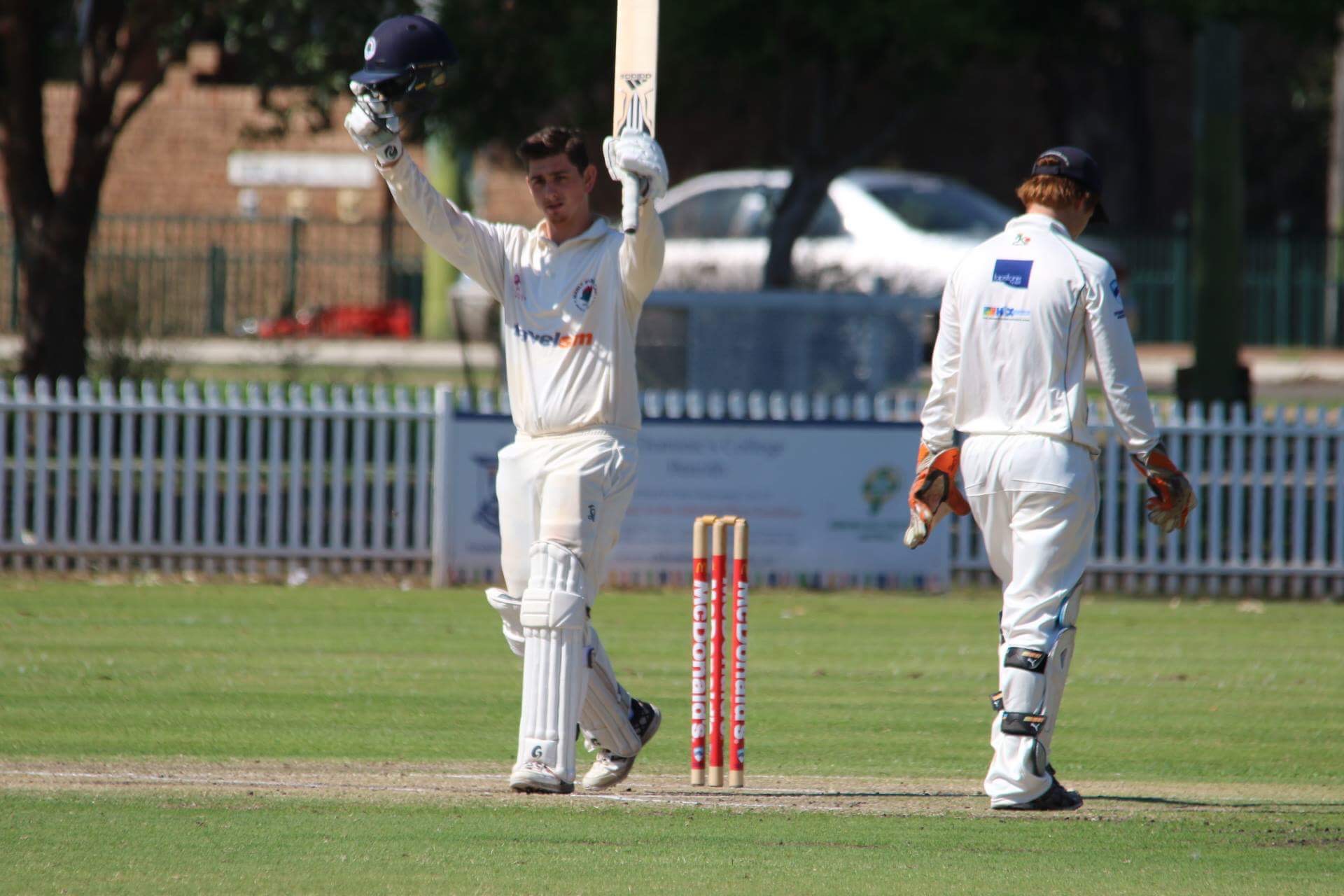 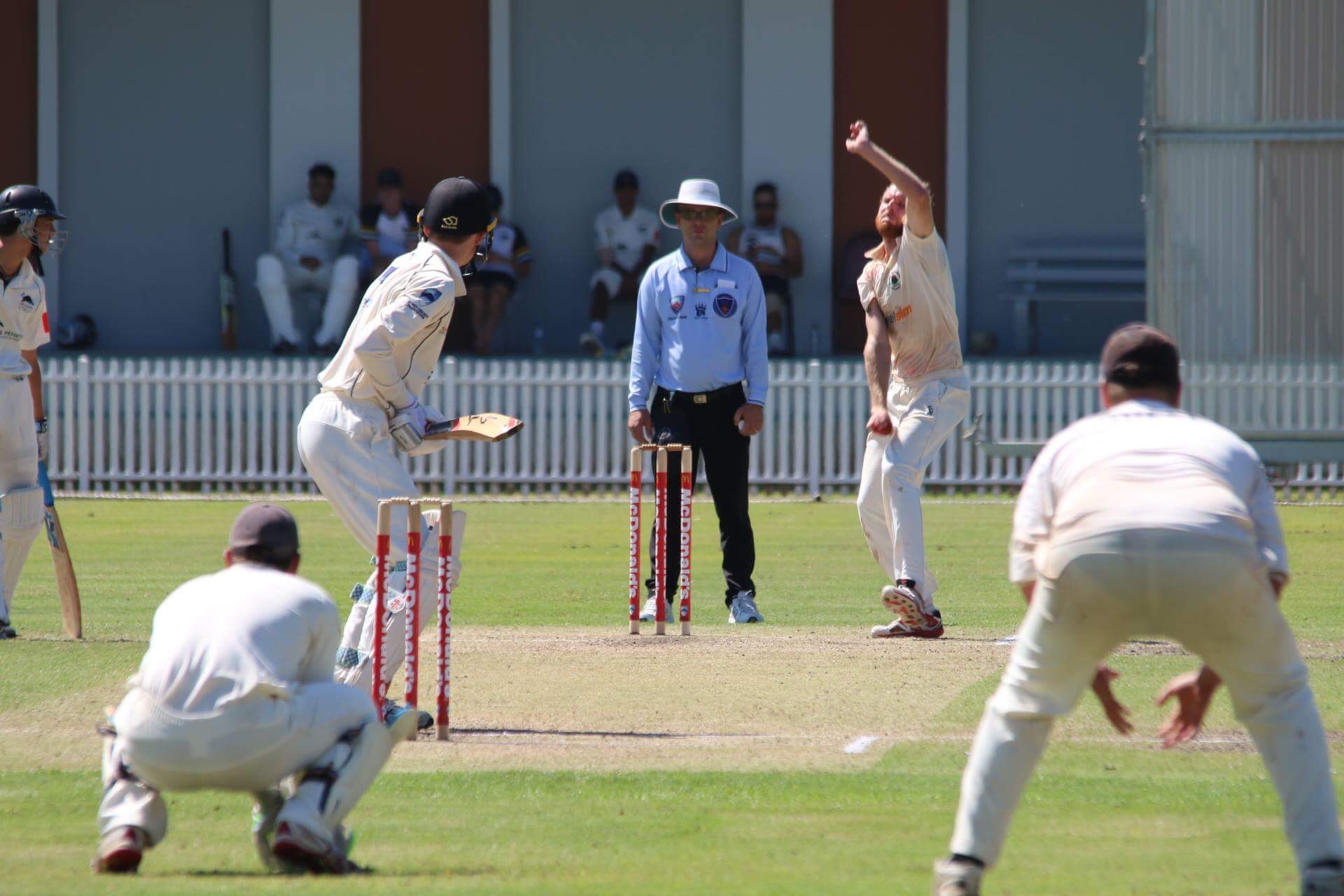 Ninness sending down a thunderbolt 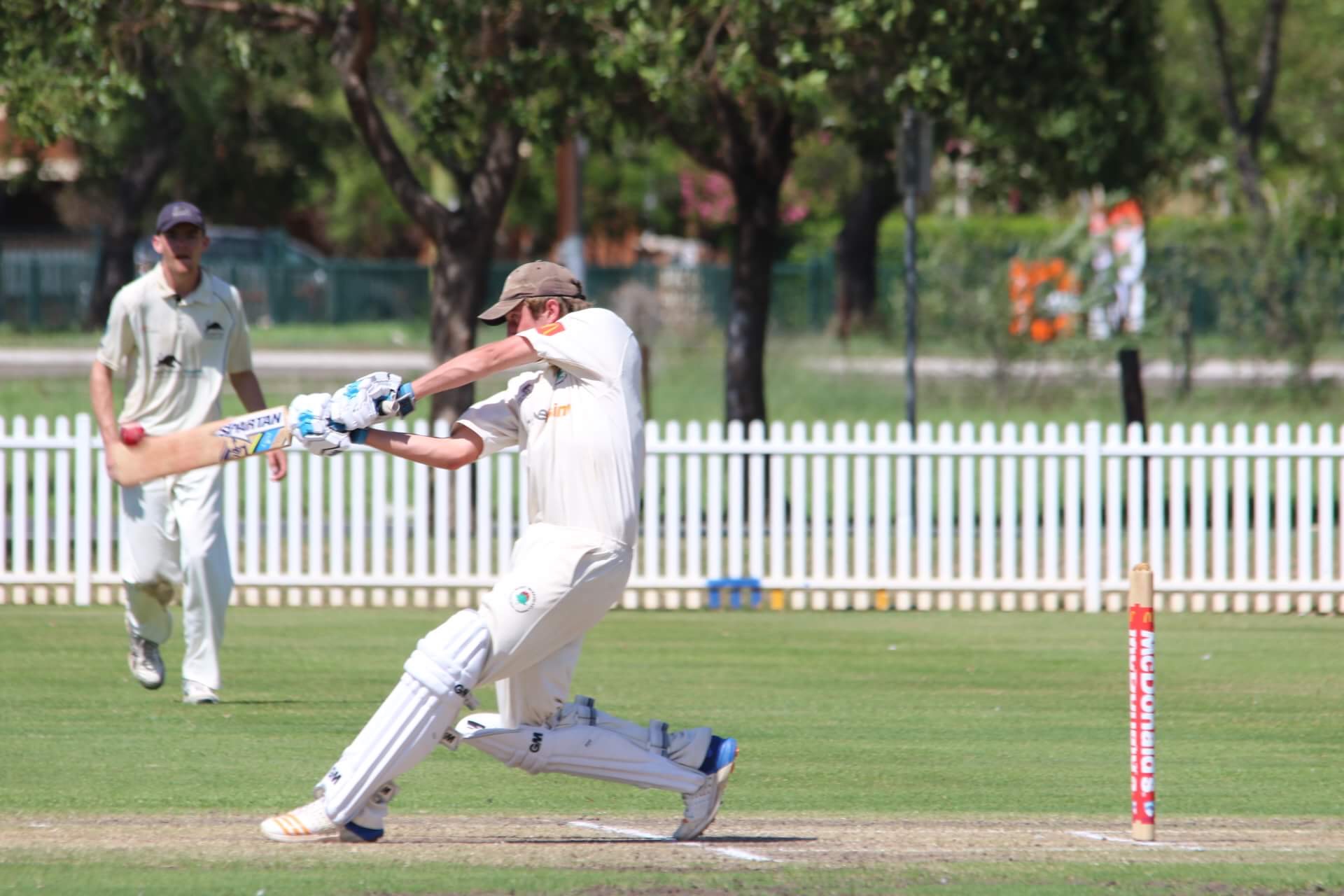 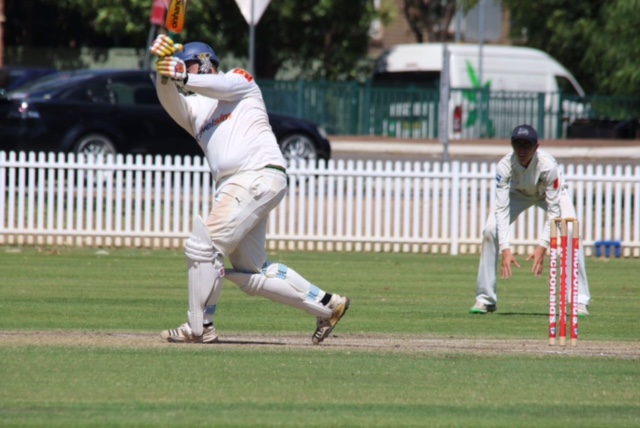 Marshall on his way to 57*
0Shares
PrevNext