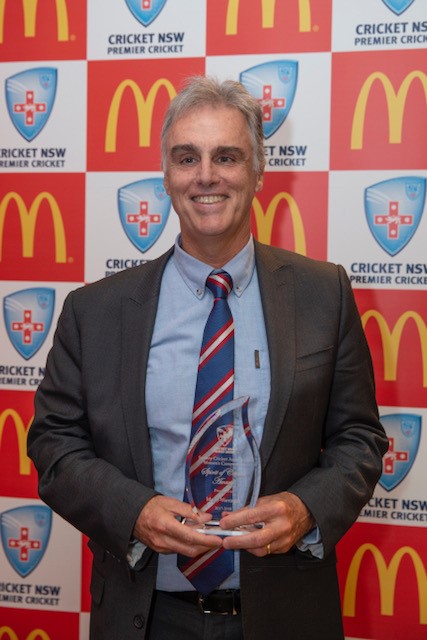 The TravelSIM Manly Warringah Waratahs have claimed the Spirit of Cricket award at the 2017/18 McDonald’s Women’s Premier Cricket Premiers Dinner at the Dockside Function Centre on Friday.

The award goes to the women’s club that best exemplifies the values of the game we all know and love.

Women’s Cricket manager Ross Denny attended the event along with some of our coaching staff and players. It was great to see Ross accept the award so gracefully on behalf of the club.

While only entering a Brewer Shield team into the competition this season, our girls obtained the highest average score across any of the women’s grade club, thus winning the award despite not having a 3rd, 2nd or 1st grade side.

It is an amazing achievement for the girls who showed a huge amount of passion and determination in their first year under the Waratahs banner. It goes to show what a bright future our women’s cricket program has.

“What a great night it was, I was so proud to accept the award that was really won by the girls” said Denny.

“The ethos that was instilled in them by our coach Simon Waddington, as well as how the more experienced girls behaved both on and off the field was exemplary. They are all a real credit to our club”.

“We had a few tough times on the field this year with such a young team, but the women’s game has a big a big future at our club and this is the first of hopefully many trophies.”

It is fair to say that the girls are showing the men up in this Spirit of Cricket department and something the boys need to improve on.

Congrats again to all involved in our women’s program.

All of the winners from the evening were as follows: