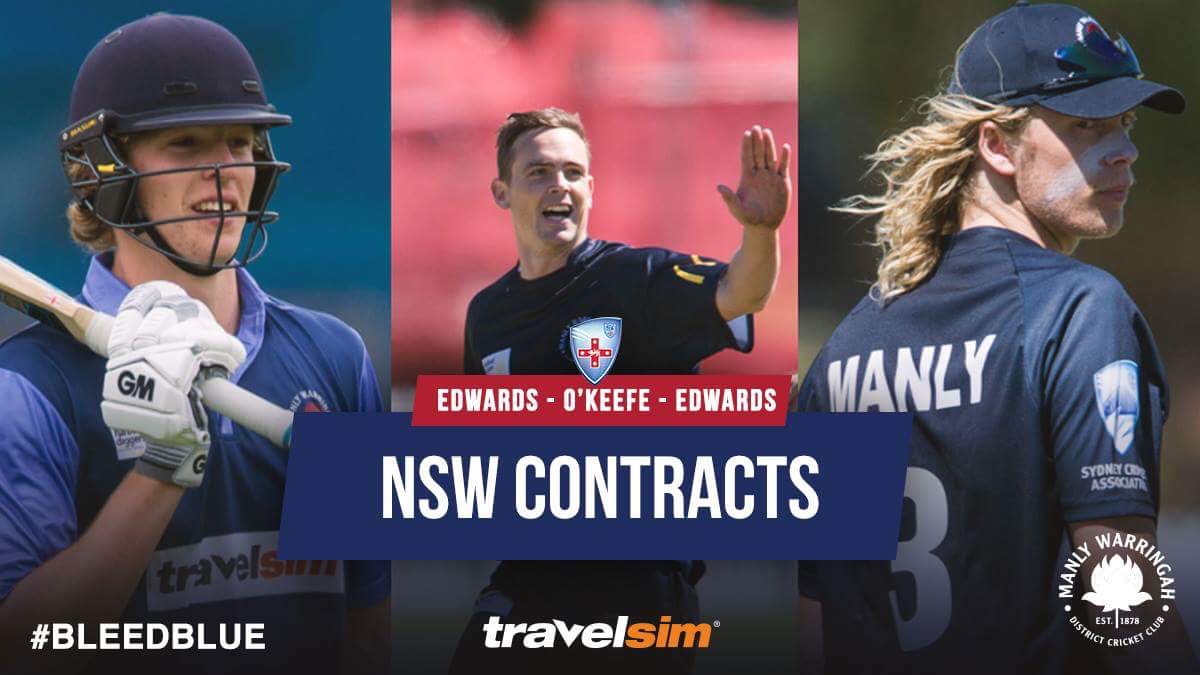 The TravelSIM Manly Warringah Waratahs are pleased to announce that three players have been awarded with NSW State Cricket Contracts for the upcoming 2018/19 season.

Former Australian spinner O’Keefe has been a key member of the NSW state side for the last couple of seasons, and  had some terrific performances in the latter half of the year including 8/77 against Victoria. SOK will be looking to make a big impact for NSW again this season, and hopefully reearn a spot with the Australian side.

After struggling with injuries in the past couple seasons, Manly Junioir Mickey Edwards has been upgraded from a Rookie contract after making his debut for NSW in the One Day and Sheffield Shield Competition. Mickey will be looking to continue his upward trend and have a strong season for the Blues, and hopefully cement a spot in the starting line-up.

Another Manly Junior, and the younger brother of Mickey Edwards, Jack Edwards was rewarded with a NSW rookie contract  for his strong form in junior tournaments including being the second leading runscorer for Australian u/19 World Cup. Jack will look to continue his development and further display his talents with his first rookie contract.

Congratulations to all 3 Manly Players on their contracts and we wish them the best for the upcoming season.