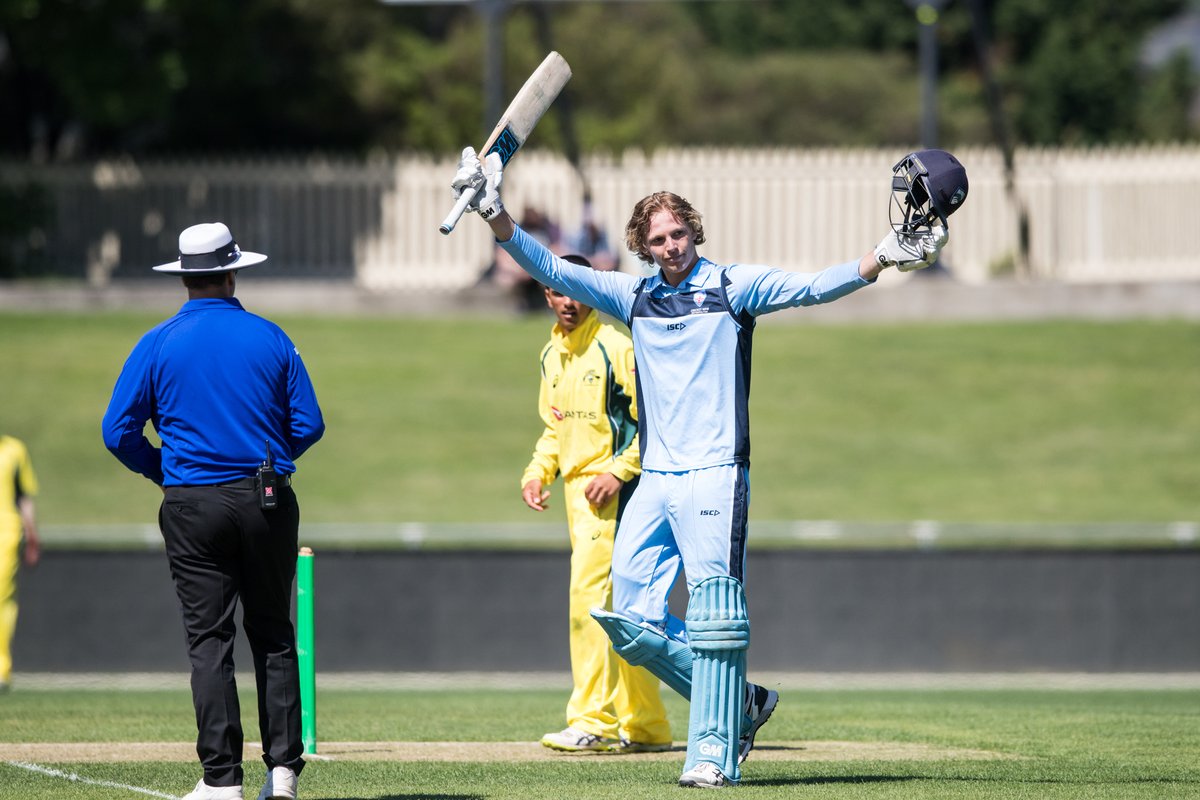 wJack Edwards has been named in the final Australian U19 squad for the upcoming U19 World Cup after a match winning ton for NSW Metro.

Participating in the Australian U19 Championships, Edwards had a fairly quiet tournament leading into the final, not quite hitting his straps after a few starts with the bat.

However against the Australian XI side he showed how classy he is with the willow, an assault on the bowling leading to a huge 147 off 125 deliveries. It was a stunning performance that allowed NSW Metro to tally 6/296 off their 50 overs, a total that was way too much for the Australian XI (and our own Ollie Davies) who were dismissed for 176.

Ollie contributed 21 runs for the Australian XI, and was actually bowling when Edwards brought up his ton.

Edwards was fittingly named player of the final.

The tournament was a good one for Manly with Joel Foster and Aiden Bariol also performing strongly for NSW Metro, Bariol putting in a number of important innings batting at #6, while Foster also shone with both bat and ball throughout the tournament.

The good news didn’t end there for him, being named in the final 15 man Australian U19 squad to take on the rest of the World in the upcoming U19 World Cup in New Zealand.

The tournament commences on 13 January, with the final to be played on 3 February.

Australia’s squad contains seven players from New South Wales, three from Victoria, three from Queensland and one each from South Australia and Tasmania. It features seven players on state rookie contracts, including captain Jason Sangha from Randwick-Petersham.

It will be a great opportunity for Edwards, still U18 and with another season of U19s next year, to further improve his game and show the public what he can do. While not quite getting the runs he would like for the Waratahs 1st grade side so far this year, he is undoubtedly a player of immense class and talent who has a big future both with ourselves and Australian Cricket.

Jack has come through the Manly Warringah pathway ranks and is the first player to go on to represent Australian U19s. We are all very proud of what Jack has achieved so far in his career, and look forward to seeing him grace Manly Oval for many years to come.