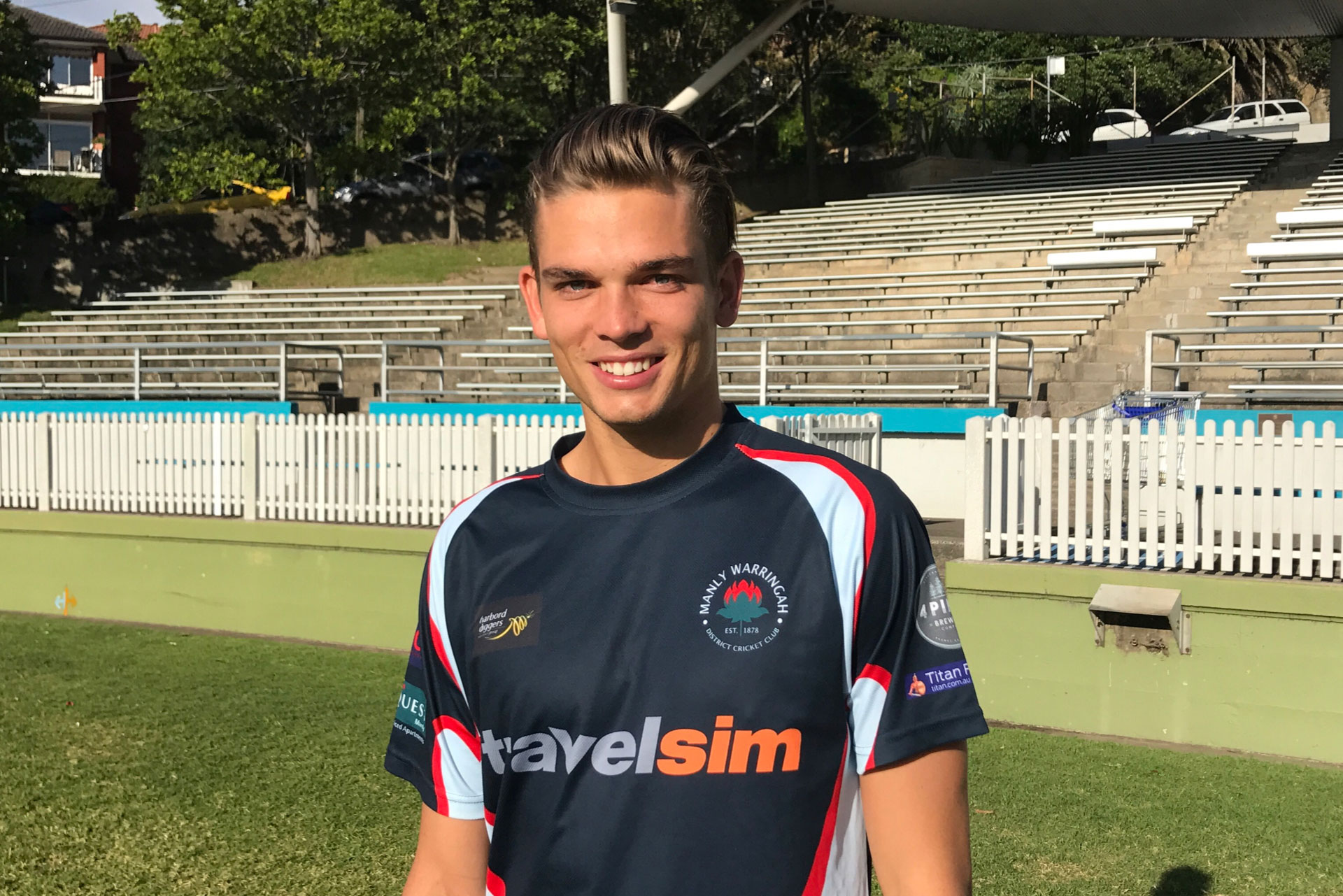 The TravelSIM Waratahs are pleased to confirm the recruitment of NSW and Sydney Thunder all-rounder Chris Green for the 2017/18 season.

Green will also take over the 1st grade captaincy from Adam Crosthwaite, who has just stepped down. Click here for more details on Adam’s decision.

It is a huge coup for the club. Green adds a mix of power with the bat and skill with the ball, while also being a proven leader. He comes to the club from Northern Districts.

Despite being only 23 years of age, Green has already shown his leadership qualities. He was named joint 1st grade captain of the year at the recent 2016/17 SCA awards, along with Nick Larkin from Sydney University.

Green is actually a local resident, having lived in Fairlight for the last 3 years. So it is a move that makes sense on various levels.

“Over the last few years, I have taken a look at the draw and always circled any away games against Manly” said Green.

“Not only has it been a pseudo ‘home’ game for me, there is also no more beautiful ground to play cricket at than Manly Oval.”

“I am really looking forward to joining the club for the coming season. I hope to make a big difference and get the 1st grade side into the finals of not only the 2-day competition, but also the one-day and T20 formats”.

“Working with Club Coach Shawn Bradstreet was also a big factor in my decision to join Manly. He is a fantastic mentor and someone I am looking forward to working with throughout the season.

He was a member of the Premiership winning Sydney Thunder BBL side in 2015/16, proving to be a top notch T20 bowler throughout the campaign. He has taken control of the pressure Power Play overs during the last few seasons, and will make a huge difference to our T20 campaign in the coming seasons.

Please join us in welcoming Chris to the Manly Warringah Waratahs.