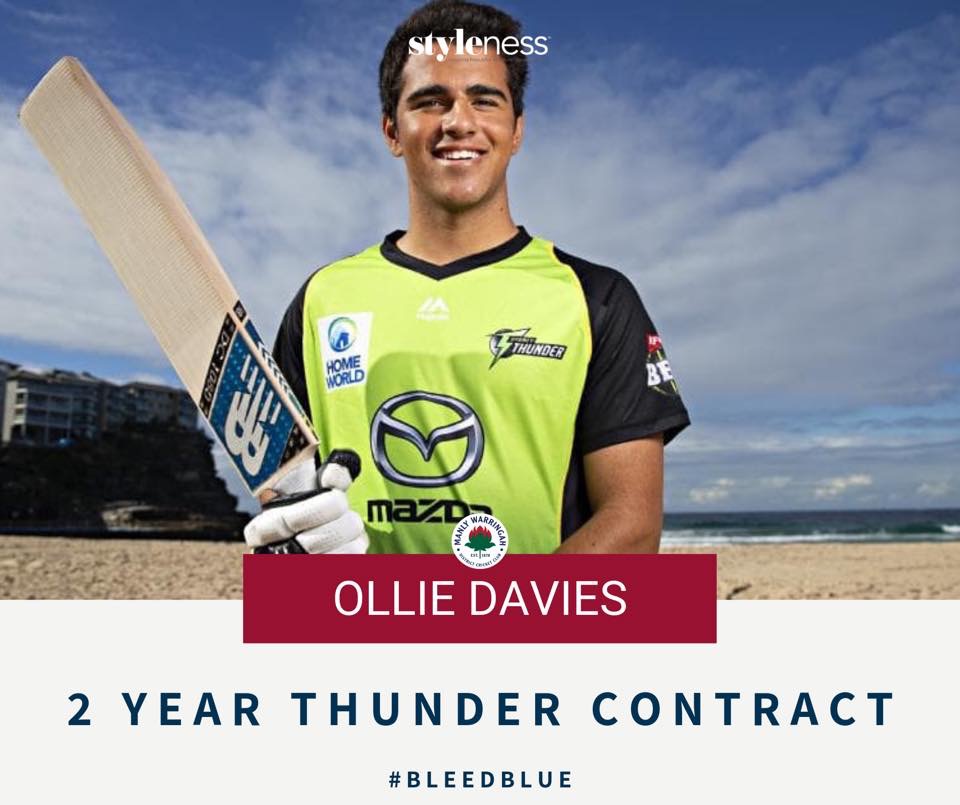 Following a fantastic 2018/19 season, in both Grade Cricket and in the Under 19 Championships, the Sydney Thunder have cemented Ollie in their squad for the next two big Bash seasons.

Ollie last year became the first player to hit a double century at the Under 19 National Championships, and his fast scoring rate will be a huge asset to the Thunder.

Davies said he was really excited by the opportunity to play with some of his idols, and to join the Thunder.

“It’s an absolute honour and I’m really stoked” said Ollie. “I’m looking forward to being around the boys and taking everything in.”

This caps off a fantastic couple of weeks for Ollie, who was also recently announced in the Australian u/19’s squad to take on New Zealand in Queensland, which is currently being played.

Congratulations Ollie on your singing, and we look forward to seeing you in the Thunder Green for the upcoming season.