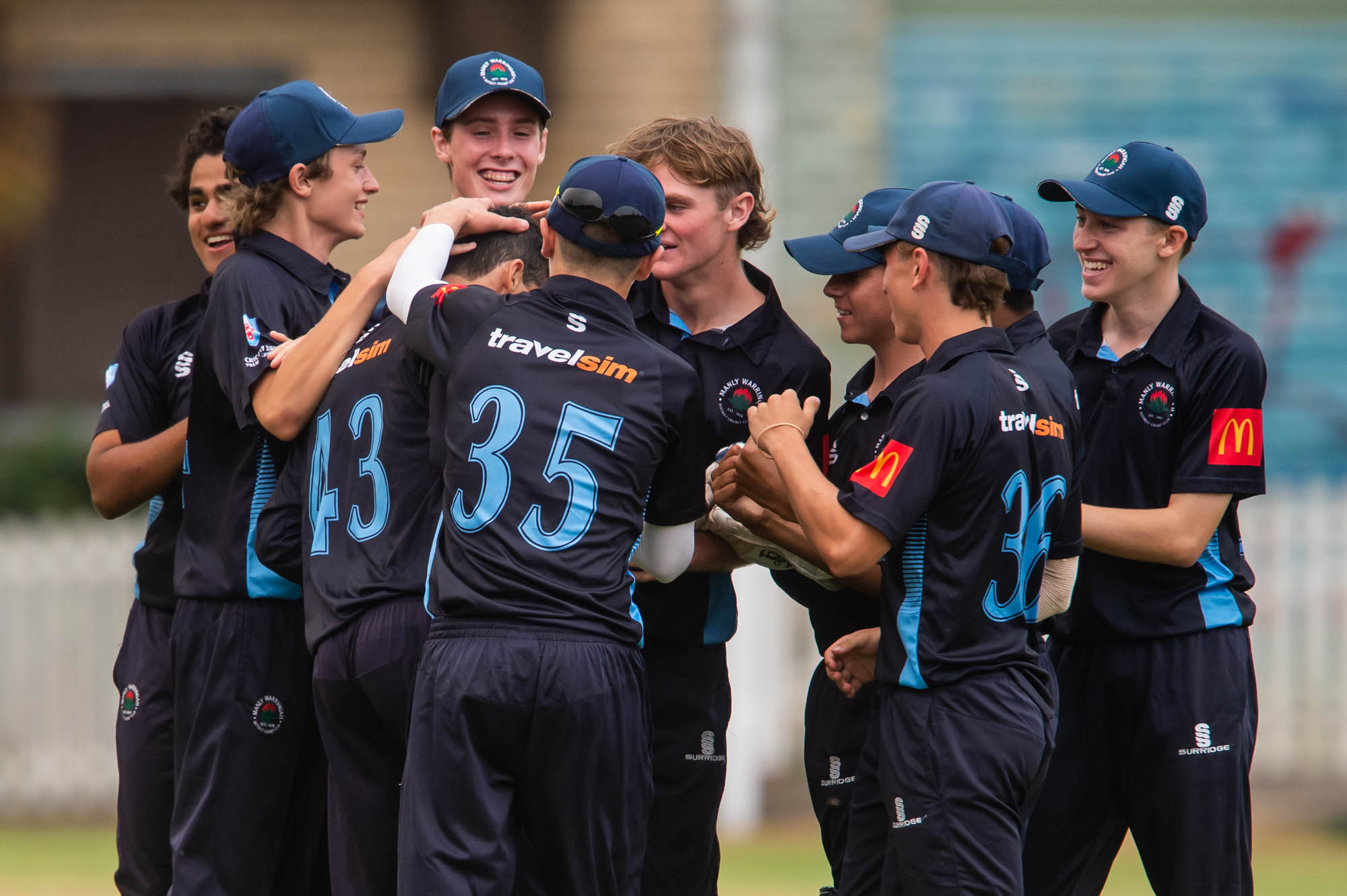 The Greenies boys travelled out to UNSW for our second away game of the season. Everyone was pumped and ready to bounce back from an agonising 13 run defeat on Tuesday against Campbelltown.

I’m now out of words to describe the performance of the Nerds in Vortex. Embarrassing, lacklustre. The Hulios were yet again victorious this morning, with another dominant display, ripping the hearts out of the Nerds with skill, poise, and determination. The Hulio’s have obviously not just been spending time fixing their hair up for photos, they’ve also been investing blood, sweat and tears into making sure the Vortex crown is held on their shores come the end of the season.

Skipper Joel Davies judged the revolutions of the UNSW’s captain’s coin toss to perfection, and as the little silver thing flew into the air, called “tails.” As the coin returned back down to earth, Joel crossed his fingers and toes, a tactic which obviously worked as the coin perilously rolled towards a final verdict. “Tails.”

Manly had won the toss and Joel had no hesitation in informing the opposition captain that the Tahs would be yielding the willow in the first innings of the match.

On first inspection, the David Phillips pitch looked a dream, nice and flat underneath, promising lots of runs for those who were good enough to get themselves in. But boy oh boy were those observations incorrect.

Josh Cooper and Ollie Kantor Smith made their way out to the middle and quickly realised that the pitch would not be the slab of concrete off Sydney Road that all young batsman dream of in their sleep. UNSW opened with pace from one end and spin from another, with this combination proving incredibly hard work for our openers. Ollie unfortunately snicked one to the spinner early on, before Coops was also dismissed after struggling against some good bowling from the UNSW openers. The pitch was playing games with our batsman, as some deliveries jumped up off a length from the quicks while the spinners were getting the leather thing to turn square from the other end. Blake McCarten and Joel Davies combined to begin to resurrect Manly’s batting innings, with both boys showing great intent to score. Just as things started to look a little easier, Blake was caught at point for 25 straight after drinks, and we were 3-64. Finlay Thornton joined Joel and the two continued to move the score along, before Finlay was also out caught after getting himself a start.

Ky Broome came and went quickly, and when Hayden Calvert’s stumps were rattled first ball, Manly were back in trouble at 6-108. Tom Wood came to the crease and worked with Joel to try to rediscover the momentum. Woody batted aggressively, hitting 4 boundaries to get to 19, before he was given out LBW to a good piece of bowling late in the innings. Roop Dhillon arrived at the wicket for his first time with the bat this season, and stayed with Joel until the skipper reached his 50. Note, after 43 overs, Joel was 52 off 98 balls. Roop departed soon after, bringing Raja Ganeshraj in to partner the skipper. This is where the onslaught began. Joel quickly decided that he needed to score the bulk of the runs late, and boy did he do that. He obliterated the UNSW bowlers to all parts of the ground in the last 5 overs, particularly targeting a very short boundary on one side of the ground. With invaluable support from Raja, Joel scored his last 46 runs off just 18 balls, falling just short of a magnificent hundred to finish 98 not out from 116 balls, carrying Manly to a defendable 8-201 off 50 overs.

After a nice lunch feed, the boys returned to the field to commence the bowling innings. A new tactic was tried early, with finger spinner Raja Ganeshraj opening the bowling with Darcy Fleming. The latter of the two in particular bowling very well early on, Darcy was unlucky not to have any wickets to his name after a dropped chance in the slips. UNSW were looking relatively comfortable otherwise, as the pitch seemed to have settled down since Manly’s innings. Toby Laughton was introduced into the attack with immediate impact, breaking the opening partnership before collecting a second wicket shortly after. Ollie Kantor Smith then came on and bowled an excellent spell, picking up three quick wickets with a few ripping outswingers. UNSW quickly disintegrating from 0-38 to 5-53 thanks to some great bowling from Manly and some poor shot selection from the home side which the likes of Steve Smith and Marnus Labuschagne would not be happy with. Skipper Davies, showing off his questionable new haircut, also mixed things up, deciding that he was bored from bowling spin and wanted to come in off the long run and intimidate some batsman. There were tactics behind that decision, don’t worry. Wickets continued to fall at a regular rate from here on, with the skipper picking up 2-17 off his 9 overs of serious wheels, while Josh Cooper also bowled incredibly well to finish with 2-6 off 5 overs, including the big wicket of UNSW’s number three for 47. Toby came back on and cleaned up the last wicket for his third scalp of the day, the home side all out for 138, handing Manly victory by 63 runs.

The boys entered the change rooms and sung the song with gusto, finally in unison after the young boys had taken the time to learn the lyrics. We finally got there. Not like it’s taken 6 rounds.

We finish the regular season against Hawkesbury on Thursday out at Owen Earle Oval. Enjoy the car trip.

Until then, up the Tahs.