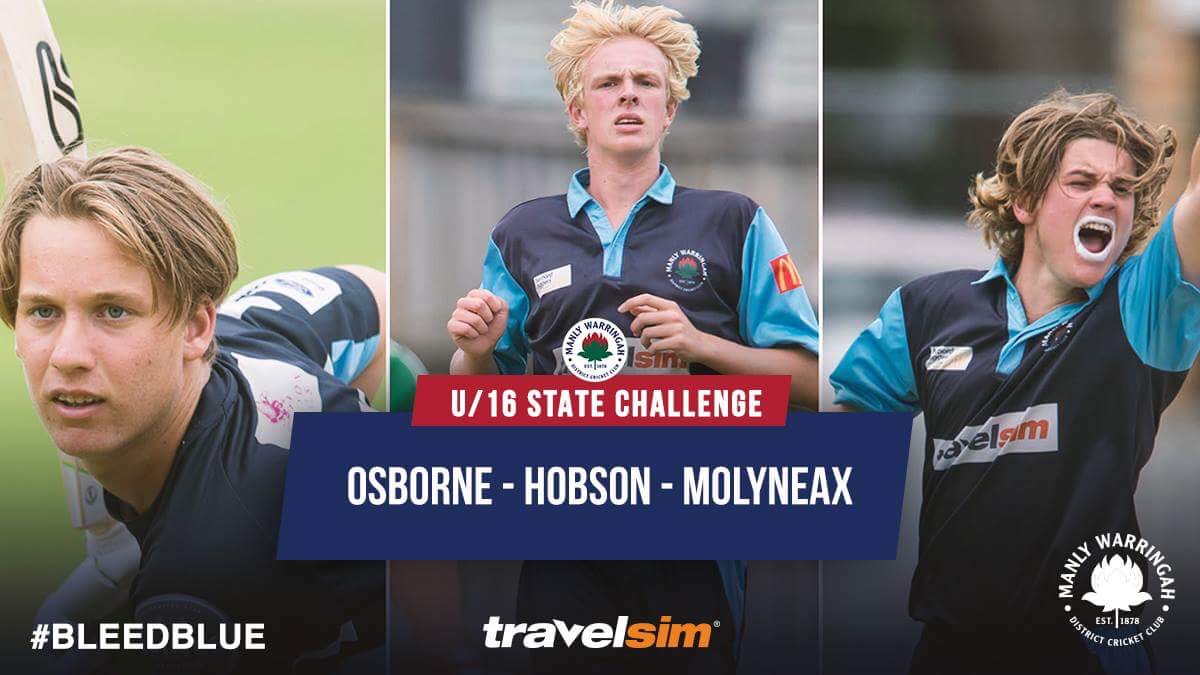 Green Shield stars Jack Hobson, Jake Osborne and Lachlan Molyneux have been selected in the NSW Metro Sixers U16 side to compete in the upcoming NSW U16 State Challenge

Hot on the heels of becoming runners up in the 2017/18 Green Shield, the 3 boys have been rewarded for some excellent Green Shield form.

Jake was an obvious selection due to his consistent performances with the bat, especially across the preliminary rounds. In fact he was the second highest run scorer across the competition up until the beginning of the finals.

He had a lean finals series but still hit the most runs for the Tahs with 310 at an average of 31.00. His top score of 90 against North Sydney was a fantastic innings.

Jack Hobson had an interrupted Green Shield season however still showed his abilities with the ball, taking 13 wickets across 6 matches at an average of 9.46. He never took a bag full of wickets in the one match however was very consistent and always got an early wicket with the new ball.

Meanwhile, Lachie was selected due to his all-round ability. He took the most wickets for Manly with 17, and like Jack was very consistent when coming on 1st or 2nd change. He can also bat, hitting 114 runs at an average of 16 with a vital 39* against Randwick-Petersham being the highlight.

The NSW Metro Sixers side will compete against the NSW Metro Thunder side, as well as 2 sides from NSW Country. From the, the NSW Metro and NSW Country sides will be picked for next years Australian U17 Championships. So these trials are vital for the boys to take that next step in junior representative cricket and finish the year on a positive note.

All 3 have already had a taste of Grade Cricket this year with the Waratahs and we look forward to seeing them in blue in the coming years.