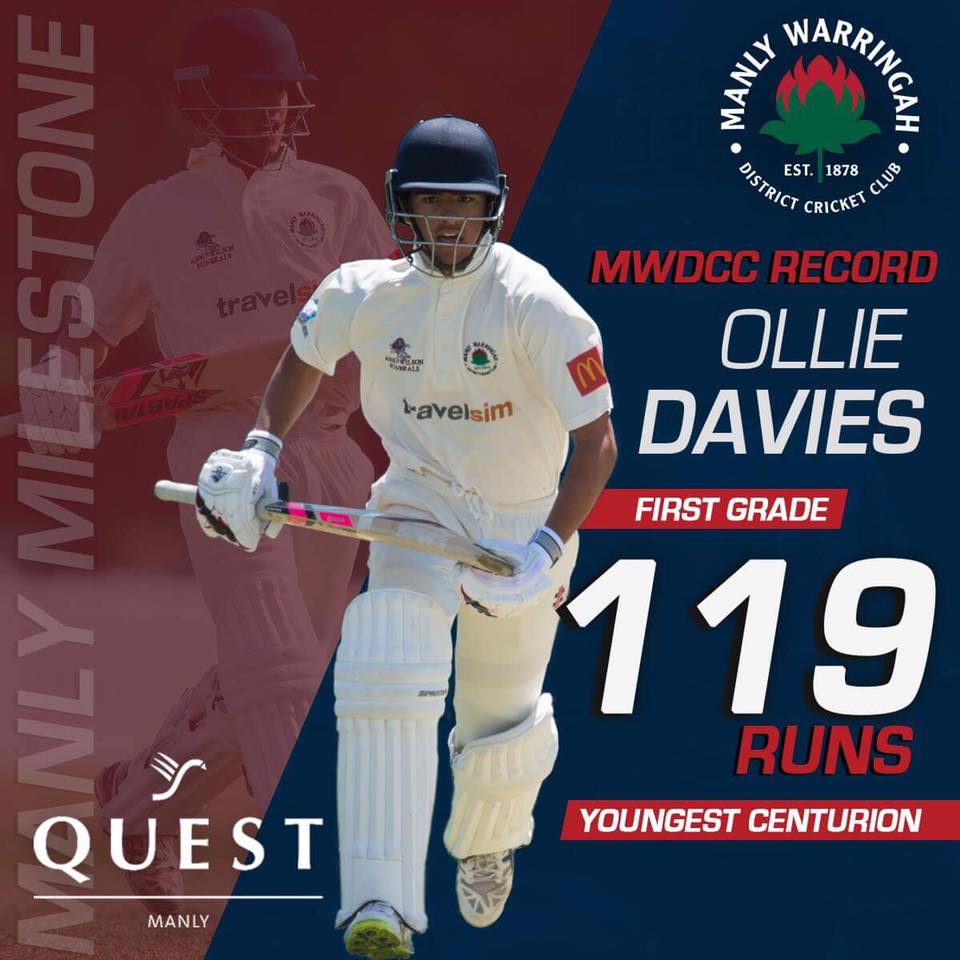 Ollie Davies has made history on the weekend with a record breaking hundred against St George.

Stranded on 99* after rain stopped play early on day 1, Davies hit his hundred in the first over of the second day, and became the youngest ever first grade century maker in our history.

He overtakes club legend Eddie Robinson as the youngest ever 1st grade century maker. Eddie hit 102 against Randwick in 1940-41 at the tender age of 18 years and 110 days. Ollie has broken the record by almost a year, being 17 years and 140 days when his century was scored.

Robinson was also the clubs highest ever run scorer with 9,343 runs until his record was broken by Tim Cruickshank in 2012/13.

Skipper of this years Championship winning NSW U17 Metro side, Ollie has always had big wraps coming through the junior ranks. Very often we see that happening and the player going into their shell when coming into the senior ranks.

However Ollie has exploded since making his grade debut 2 years ago and is relishing the challenge of battling more senior players. Since making his debut Ollie has amassed 987 runs at an average of 37.96.

His stroke play is crisp and his ball striking pure. Like all young cricketers coming through the ranks, he isn’t afraid to take on the bowling, especially whenever a spinner comes on.

His hundred came at a time when his side needed him most. Coming in with the Tahs in trouble at 5/129 in week 1, Ollie battled hard with stand-in skipper Cameron Merchant to put on 131 runs to lift the Tahs to a defendable total.

It was a fantastic innings for a fantastic young cricketer, and something we are hoping to see more of in the future.