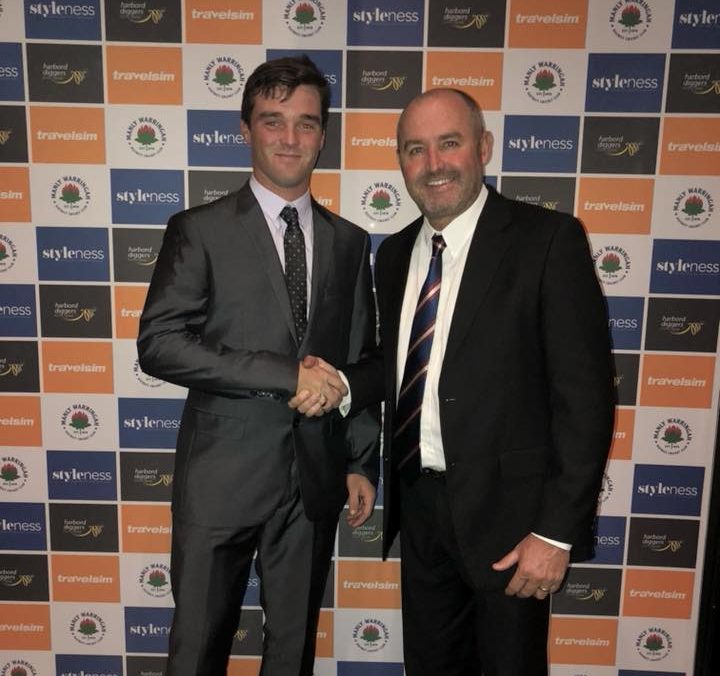 Andrew Somerville from the Toronto Workers District Cricket Club has been awarded the inaugural Gainsford Scholarship.

The Manly Warringah Waratahs announced our ground breaking partnership with Toronto earlier this year, and the Gainsford Scholarship is an extension of the agreement.

The scholarship involves a player from Toronto coming down to play for Manly in either Green Shield U/16s or Poidevin Gray U/21s and is helped by the Gainsford family during this time.

If the player is looking to further their cricket and try their hand at grade cricket, the option is there to come down to Sydney and play for the Waratahs as part of the scholarship. The Gainsford family will help with fee’s, accommodation and work.

Andrew will be taking this up for the 2018/19 season, joining the Waratahs in an exciting addition to the club. He has alrweady started a job with Bradstreet Building as an apprentice.

Andrew has been awarded the very first Gainsford Scholarship due to his impressive performance in both junior and senior cricket in Newcastle.

He has also been an important member of the Toronto Workers 1st grade side over the last few seasons, as well as appearing for our PGs U21 side last season under the guidance of David’s son, Sam Gainsford.

Gainsford was especially pleased for Andrew and hoped it helped give him the same experience that David had by coming to Manly.

“I am a country boy myself, born and raised in Narromine. I came to Manly after being part of a country coaching clinic run by Mick Pawley, and was already in love with the place due to spending most of our holidays at Manly beach.

“I came to live in a great part of the world and play for a great club, so I am hoping that the Gainsford Scholarship will help Andrew and others the way coming to Manly helped me.”

The scholarship won’t be given out yearly, but will be awarded on a periodic basis based on talent and need. We look forward to more country players being able to experience our club as well as the Northern Beaches of Sydney.