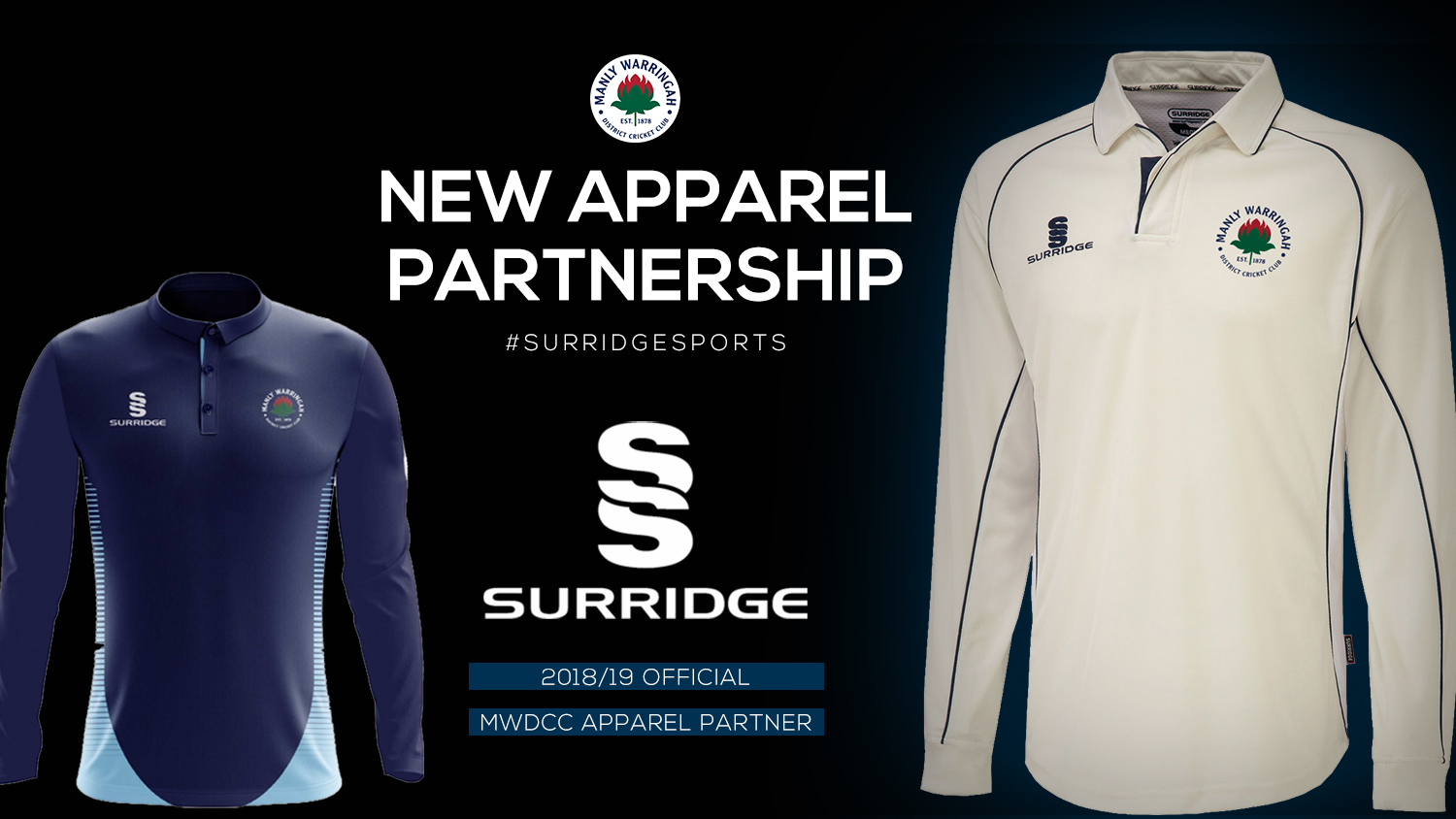 The Waratahs are extremely proud to announce SS Surridge Sport as the clubs official teamwear supplier.

Formerly known as Stuart Surridge, and provider of iconic cricket equipment including the SS Jumbo, SS Surridge Sport has led the UK market for years as the biggest cricket apparel manufacturer. Now, they are looking to expand into Australia, and we are proud to be the only Premier Cricket Club to have them produce our teamwear for the 2018/19 season.

The long-term partnership with SS Surridge Sport will encompass both the Manly Warringah District Cricket Club and Junior Cricket Association, with the iconic brand supporting the Waratahs in out continued success at both a junior and senior level.

The three-year relationship will also see the relaunch of the SS heritage cricket brand in Australia at the same time the Waratahs celebrate there 140th anniversary year.

“Apart from providing superior quality garments at competitive prices, Surridge Sports went the extra yards to secure our Club during the tender process. We are thrilled to have a heritage cricket brand as our new partner and we look forward to helping them relaunch back into the Australian market place next season, in what is our 140th year in NSW Premier Cricket.”

SS Surridge Sport is truly an iconic cricketing brand, remarkably outdating the Waratahs themselves, having come into existence in 1867 when Stuart Surridge’s grandfather, Percy Stuart Surridge, started repairing old cricket bats in his local village. The pursuit of superior quality has attracted some of the biggest names in the game from cricketing legend W.G Grace in the early 1900’s, to more recent stars including Sir Vivian Richards and former Australian cricket captain, Mark Taylor.

Following a number of years of under investment, the Surridge brand was purchased by the SDL Group in 2005. This marked a resurgence of the Surridge brand in the UK as it quickly became the official kit supplier to more county cricket teams than any other brand by 2008 before branching out into supplying kit, leisurewear and equipment to schools, colleges and universities across all of the major sports in the UK.

This partnership is incredibly exciting for both the Waratahs and SS Surridge Sport, with the mutual goal of cricketing excellence and success at the heart of both organisations.

SS Surridge Sport Director Michael Webb noted that “We’re excited about this new partnership and will assist Manly Cricket as they continue to build stronger engagement with their local community and provide enhanced opportunities for female, multicultural, indigenous and disabled players.”

We welcome SS Surridge Sport to the Waratahs family and hope this is just the beginning of an incredibly fruitful partnership in the years to come.