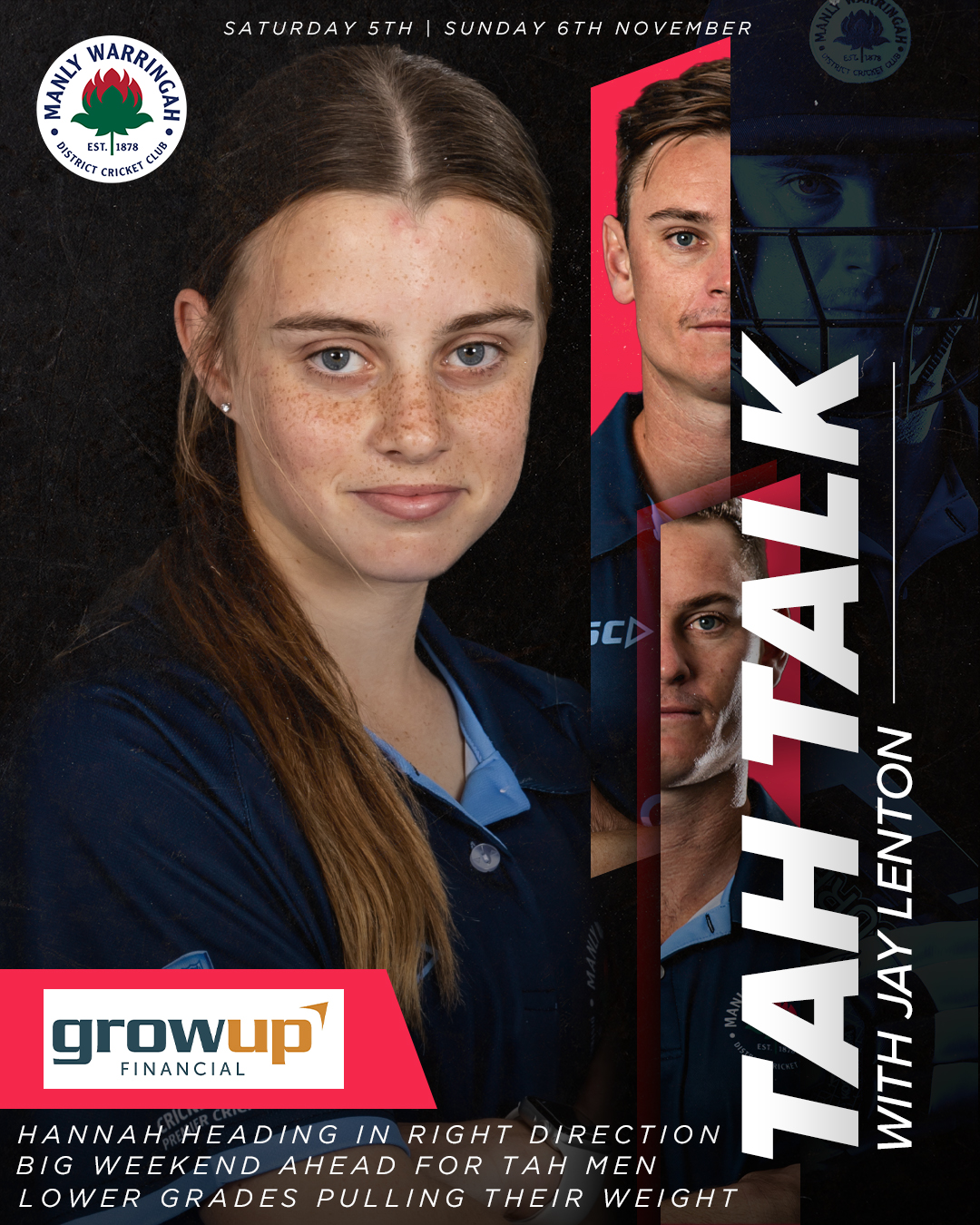 HANNAH HEADING IN THE RIGHT DIRECTION

Coming through Manly’s junior ranks, Hannah Moss was a genuine triple threat. She was capable of batting in the top order, could open the bowling or come on at first change and was also first-choice wicketkeeper in many of her rep sides. MWDCC Rep Pathways manager Ross Denny wasn’t exactly sure Hannah’s best role when he first saw her in the nets, but he knew he wanted her in his side.

It was a good call.

As an 11-year-old in the 13s rep comp, she became the youngest Manly female to score a half century when she belted an excellent 57 against Canterbury in the 2019/20 Mollie Dive rep season. The following season, Hannah was named Mollie Dive captain and took the team through an undefeated season that led to a joint premiership (the GF was washed out).

It was our first women’s premiership in any grade/age group in 38 years.

Under the coaching and guidance of Ross, David Ford and Bill McLerie, Hannah’s star has continued to rise. She was selected in the under-15 Margaret Peden side followed by elevation to the Brewer Shield squad.

The classy righty-hander looks right at home at Brewer level, carrying her bat for an excellent 69 not out against NDs last Sunday to go with an undefeated 36 in round two. Hannah is a definitely a player of the future and I look forward to watching her progress over the next few years.

BIG WEEKEND AHEAD FOR TAHS’ MEN

It’s another busy weekend for the men’s first grade side, with day two of our clash with Bankstown on Saturday followed by a trip to Drummoyne Oval for our third T20 fixture on Sunday.

Wonderful spells from our quicks – particularly big Mickey Edwards – helped us roll Bankstown for 215 and we are 1/ in reply It’s a tricky total to chase and one that won’t be easy against a formidable Bulldogs bowling unit, which includes Lancashire all-rounder George Balderson. Patience and time at the crease will be critical as we will need to endure tough periods where they will no doubt bowl well. It promises to a great day’s cricket at Manly Oval and should go well into the last session.

The following day we’re shooting for three straight victories in the Kingsgrove Cup when we take on the powerful Sydney outfit. While we have played two solid games of T20 cricket for two good wins – pieces of brilliance from various players getting us through some tight spots – there is still plenty to work on. Our calmness under pressure with two below par scores has been wonderful to see. We got off to a flying start with the bat in both games, however, missed some opportunities in the middle to late overs to really cash in.

Playing against Sydney is always a tough and passionate game of cricket and we look forward to continuing the rivalry out at Drummoyne.

I’m not sure I’ve seen Manly as strong in the lower grades than what it is right now. Just look at the emergence of young players like Brynn Mendel over the past week or so (back-to-back 100s), Josh Seward (7fa), Josh Cooper (100) and Jake Hutchings (100).

When’s the last time 3/4th grade had double centurions in the one game?

The enthusiasm and willingness to learn at training and apply their skills into game day is a great trait to have while developing through the grades. It only strengthens the club when all grades are performing.