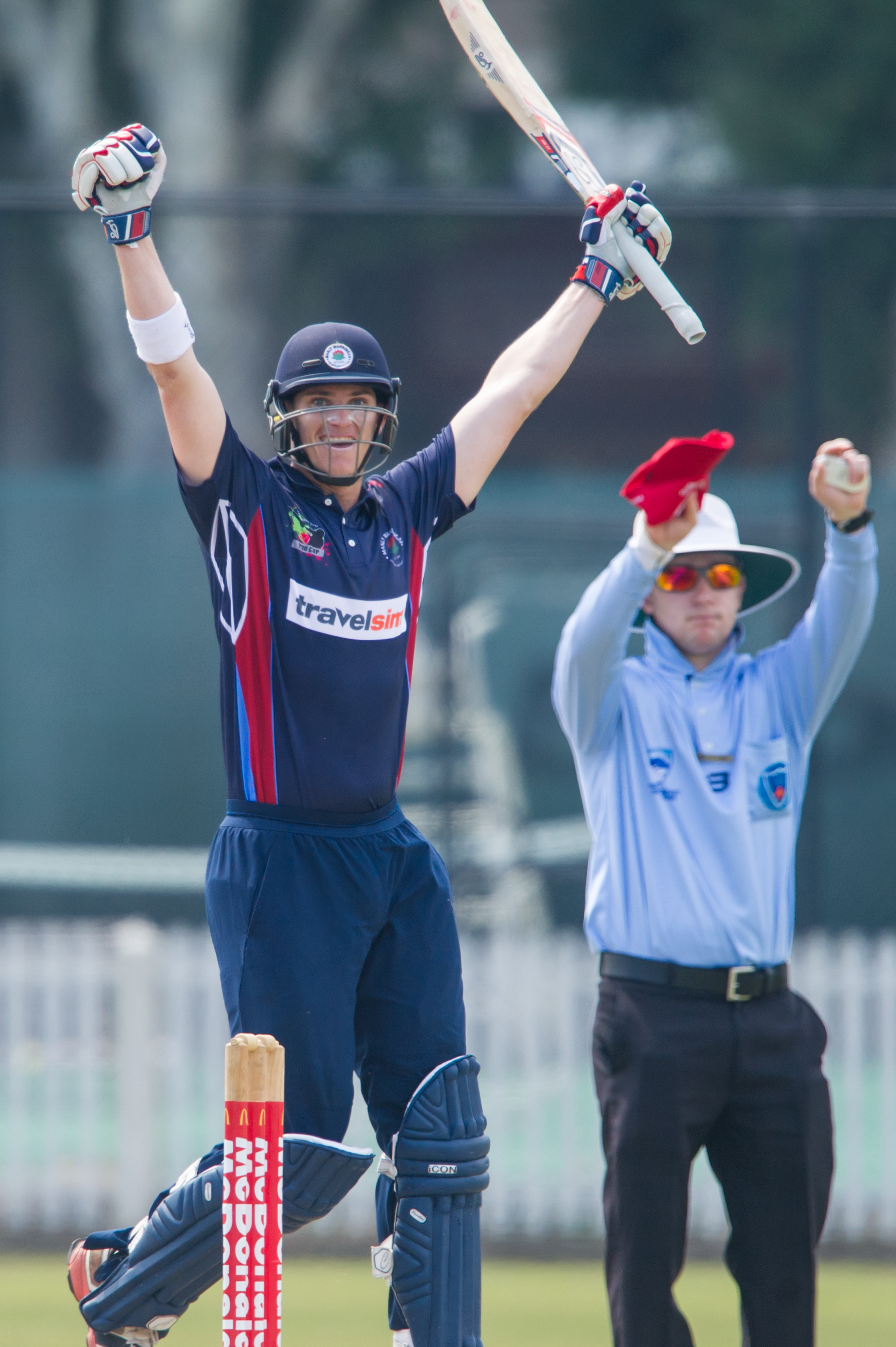 The TravelSim Waratahs have maintained there strong start to the T20 competition with a pair of hard-fought victories over St. George and Mosman respectively. While the headlines will be led by the outstanding form of Club Captain Jay Lenton, a number of other eye-catching performances made a significant impact for Adam Crosthwaite’s men.

Manly Oval was at its spectacular best as the Waratahs began the day against against a St. George side featuring state cricketers Trent Copeland and Kurtis Patterson. The Tahs won the toss and from that moment on it was the Jay Lenton show. Jay amassed 104* from just 62 balls and dispatched 6 boundaries and 7 maximum’s throughout his unbelievable innings. Captain Crosthwaite was the only other man to contribute with 33 to the competitive total of 164/5.

In reply, St. George looked to be cruising at 99/2, however a surge from the Manly bowling attack and a spectacular catch by Matt Alexander in the outfield saw the Dragons fall apart to be all out for 135. All the bowlers contributed with critical wickets to pull the game back just when it looked to be slipping away.

After the Sydney Sixers put on a clinic for all of the youngsters, the TravelSim Waratahs then took on local rivals Mosman in a highly anticipated clash for players and spectators alike. Mosman won the toss and batted first, compiling 124/9 against a disciplined bowling attack. Matt Alexander and Matt White were the standout bowlers taking 30/4 and 14/3 from there 4 overs each.

The Tahs chase got off to a disastrous start, with back-back-back centurion Jay Lenton being dismissed first ball. He was quickly followed by Vele Dukoski to leave the score at 1/2 and Manly in serious trouble. Enter Ahillen Beadle, who swung the game back in Manly’s favour with an elegant 64 from just 44 balls. Leading the Tahs to within 10 runs of victory, AB unfortunately departed to leave a few nervous moments for the supporters on the hill, however a late cameo from future star Zac Trewartha led the boys home with 2 overs to spare.

Even with 3 wins from 3, this side still has plenty of improvement left in them and it’s exciting to consider the unearthed potential they have. One final pool game against Gordon will determine who the Waratahs take on in the approaching quarter-finals, which will once again be another test for this young side!

Until then, Go Manly!

“Does it get any better than this? A big song after a big weekend of cricket!”
0Shares
PrevNext