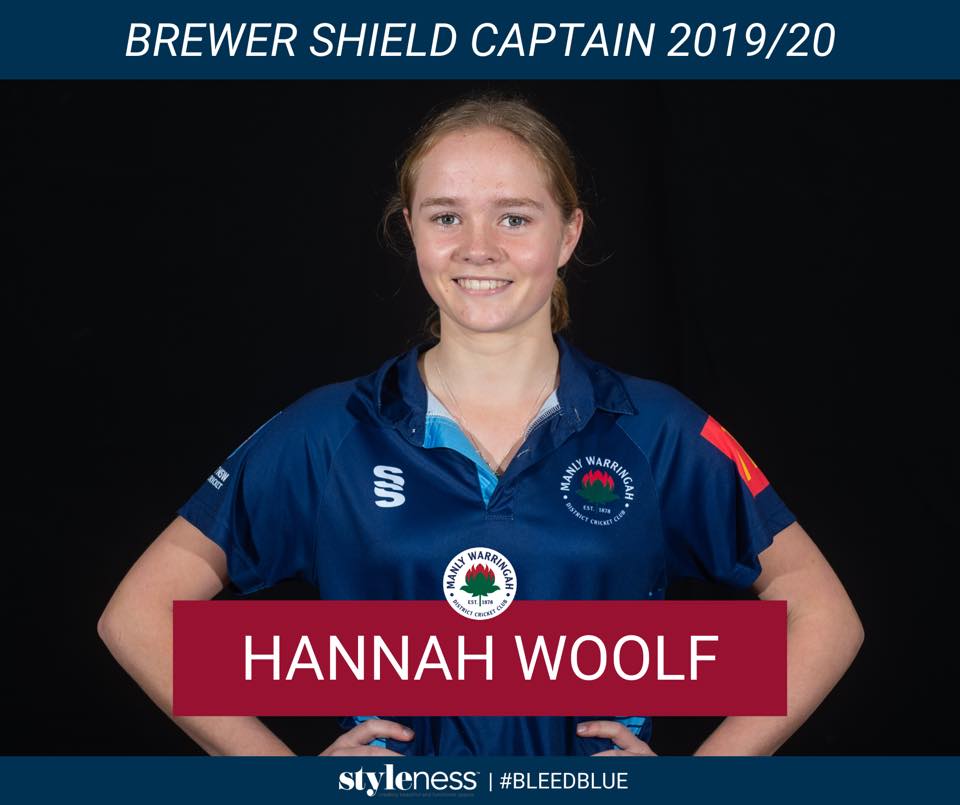 The Styleness Manly Warringah Waratahs are pleased to confirm the appointment of Hannah Woolf as the Brewer Shield Captain for 2019/20.

The Brewer Shield is the U/18 Women’s tournament, and is one of the Premier U/18 female competitions in Australia.

Hannah was chosen following a successful season leading the U/15 representative side.

Brewer Shield head coach Simon Waddington said of her appointment, “Hannah was an easy choice as captain of our Brewer side for 2019-20 after she captained this years MWJCA U15 Margaret Peden team to 5 wins from 6 matches”

A local junior from Forest Cricket Club, Hannah has had plenty of Brewer Shield experience despite her young age, already playing in two seasons.

Waddington described Woolf as “an aggressive bat with a highest score in Brewers of 50no and has a good vantage point on the game when taking the gloves.”

Congratulations to Hannah on her selection as captain, and we wish her and the side all the best in their Brewer Shield campaign.