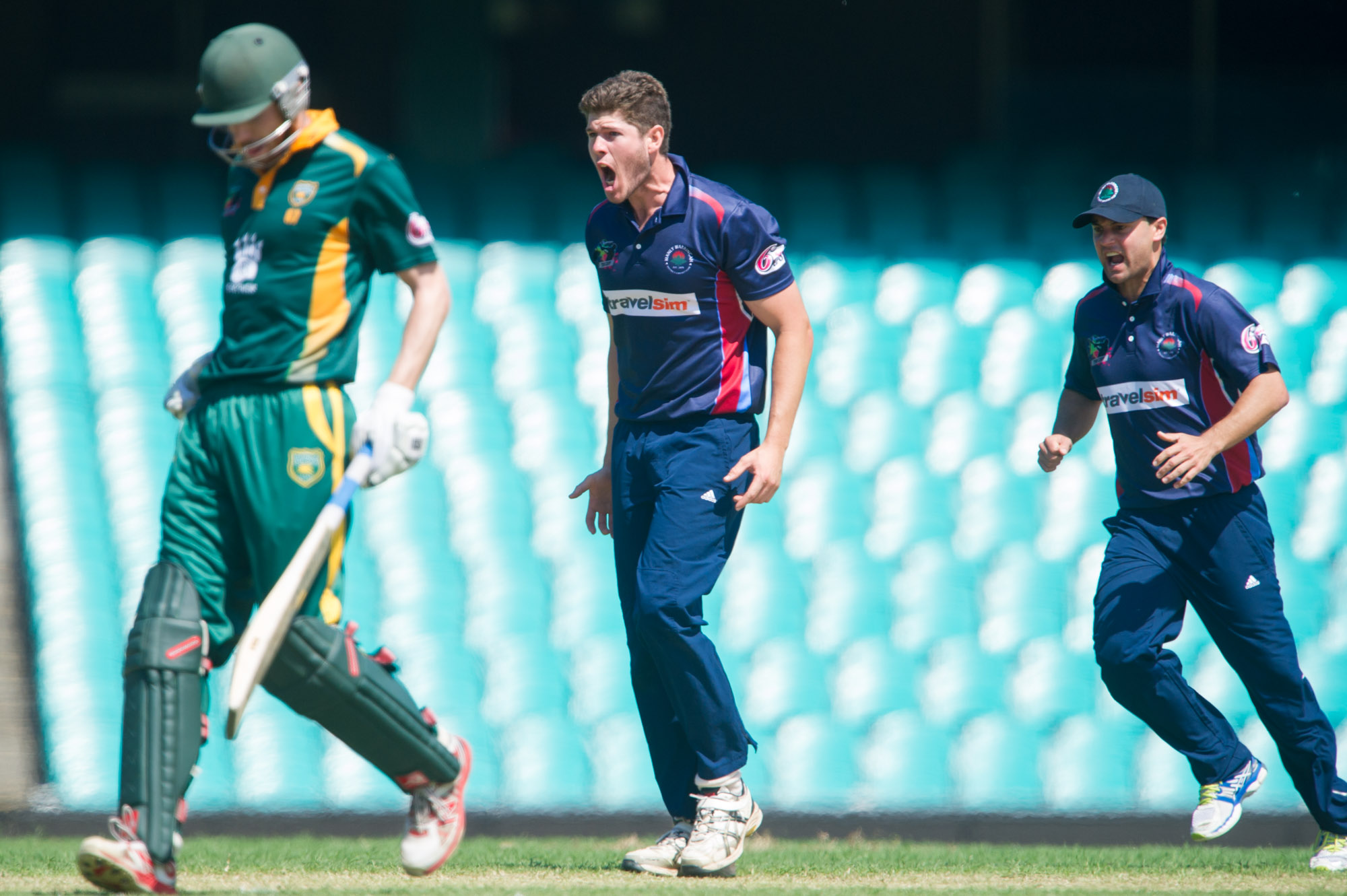 Last Sunday, 1st Grade travelled to the SCG to take on Randwick-Petersham in the Sixers Conference Final of the Kingsgrove Sports T20 Cup. The reward for the winner was a place in the Grand Final against the victor of the Thunder Conference, Sydney University, who had comprehensively defeated Northern Districts in the days first match. Unfortunately, it wasn’t to be for Adam Crosthwaite’s young side, who were beaten by 12 runs against a strong Randy-Petes team who will take on The Students in the final in late November.

Randwick won the toss and batted on what was a stunning afternoon at the SCG. After racing to 27 off the first 2 overs, the introduction of Matt Alexander (2/21 from 3) saw the Tahs pick up the big wicket of captain Adam Semple for 12. Randwick continued to attack and pick off the boundaries, before Ahillen Beadle (2/22 from 4) and Vile Dukoski (1/22 from 4) did an oustanding job at restricting the opposition throughout the middle-overs. Some late hitting and half-chances not quite going to hand saw Randy-Petes finish with 146, a decent but very chaseable total for Manly’s talented batting line-up.

“Vile Dukoski shatters the stumps to the delight of the Tahs”

The TravelSim Waratahs chase didn’t get off to a great start, with the loss of soon-to-be NSW player Jay Lenton for 1. The Crosthwaite brothers got the chase back on track, before James was bowled for 21 with the score now 2/33. Some outstanding, tight bowling from Randwick restricted Manly’s scoring rate throughout the middle overs, as Beadle (7) and Merchant (13) came and went with captain Crosthwaite still scoring at the other end. With the run-rate increasing, Vile Dukoski (24) came in and found the boundary, however the big wicket of Crosthwaite (42) saw the Tahs fall short by just 12 runs.

“Vile Dukoski on the attack during his innings of 24”

A disappointing result for our T20 squad, particularly after dominating throughout the group stages. However, many positives can be taken from this campaign; including the unbelievable form of Jay Lenton, the rise of Matt Alexander as a genuine wicket-taker, the introduction of Matt White as a cult-hero on ‘the hill’, and the 1st grade debuts of youngsters Sam Gainsford and Zach Trewartha.

We can’t wait to see this side mature in the years to come and look forward to going one game better next season! Go Manly!

“The result didn’t go our way, but that didn’t stop ‘the hill’ from enjoying the day”
0Shares
PrevNext