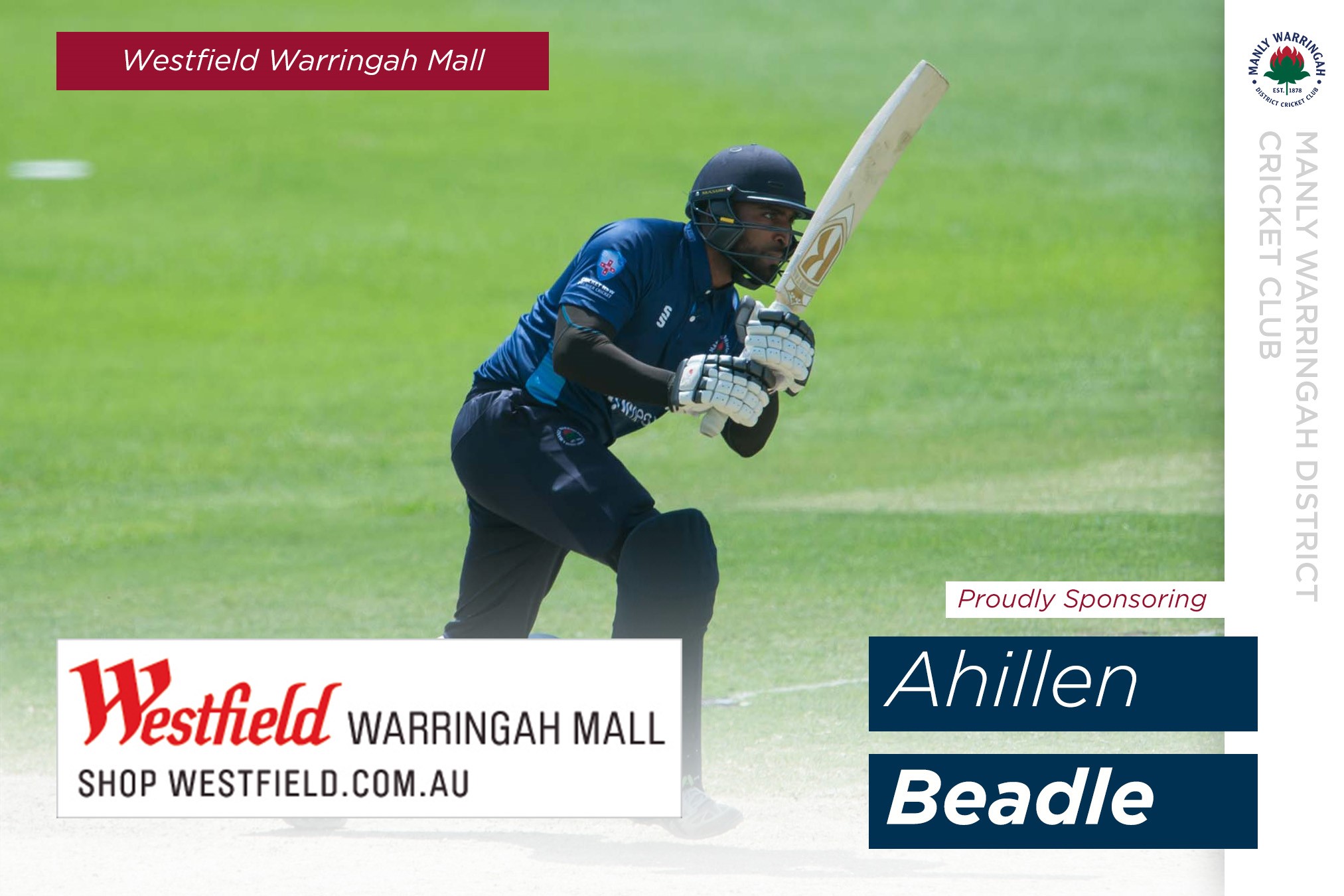 Descriptions that are always used to describe AB. “Gun” is another word that comes to mind.

The O’Reilly medalist in 2014/15 for the most outstanding player in the Sydney 1st grade competition, Beadle is a former Australian U/19 and Sydney Thunder representative, and has adapted his game to both the long and short forms.

A large scale renovation of the precinct has just been completed, now transforming it into one of the premier retail shopping centres in the Southern Hemisphere.

Westfield Warringah Mall contains everything you need for your every day shop as well as when you need to buy that special something, whether it’s a new household item, clothes to impress on a Saturday night, or a nice light snack.

They are huge promoters of the local Northern Beaches community, supporting many local organisations including the Waratahs.

We thank them for their ongoing support and look forward to another successful season.