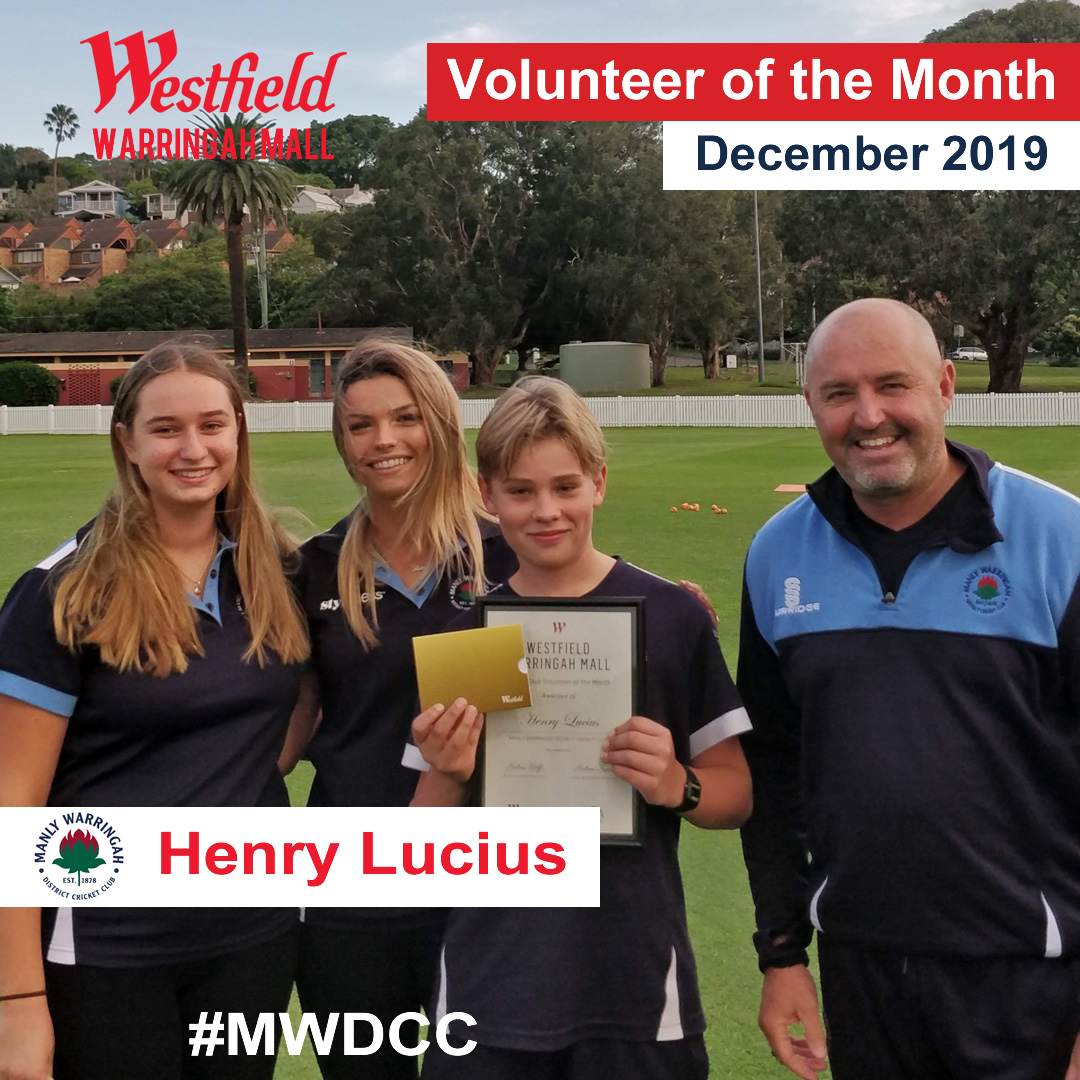 Henry has been a familiar face around our club for quiet some time. He’s always at game days helping out the players or in the canteen, or setting up the scoreboard at Manly Oval. There seems to be nothing he can’t turn his hand to. His support and assistance has been invaluable and we wonder how we ever managed without him. Thank you, Henry, for everything you do for us.

Not only does Henry help out at the boys training and matches, but he’s also keen on helping out the girls too. So our club captains Abby Taylor and Renee Hough were delighted to help David Gainsford present Henry with his certificate of award and $250 Westfield Warringah Mall voucher.

Our other award was presented to Dion Epplett from Peninsula Junior Cricket Club. Dion has been a major driving force behind the growth of boys and girls junior cricket at the northern end of the peninsula.

He spent 5 years as president of the club, and then became vice-president. He has been girls’ cricket coordinator, and ran the Master Blaster program for 4 years. He has also managed and scored a junior team, and is a key player in negotations with council to try to ensure to the club has an actual club house. Dion has had a huge influence on the club and they now have a whopping 18 teams in the junior competition which is a huge achievement.

He also gives his time to help with the local charity, Love For Lachie. With his help, the Love For Lachie Cricket round was established in the 2018/19 season. Dion brought the idea to the MWJCA, meaning that it was more than just a PCC fund raising round. In its inaugural year Dion and MWJCA raised $4000.

We presented Dion with the award in recognition of his club focus, community spirit and hard work. He is exactly the type of enthusiastic helper that helps drive the continuous growth and success of junior cricket, both boys and girls, on the Northern Beaches. He received a certificate of the award as well as a $250 voucher courtesy of our great friends at Westfield Warringah Mall.