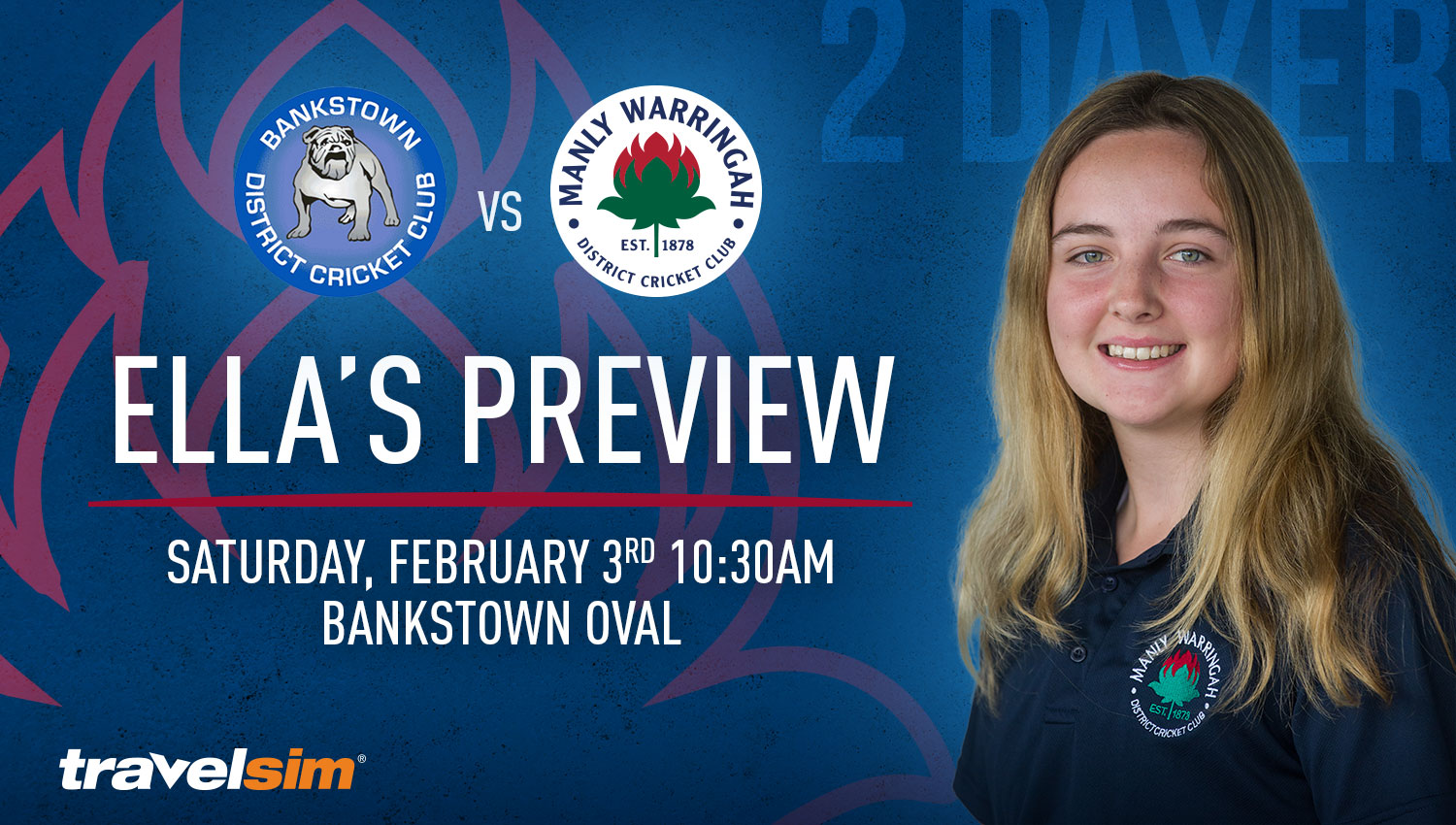 In round 12 Of the New South Wales Premier Cricket competition, the TravelSim Waratahs take on Bankstown in a clash that will see one team finish the round inside the top six, and the other to fall closely behind.

A very successful round 11 saw Manly grab a clean sweep of wins across all grades has built the confidence going into this week’s match. But it is essential to not let this become overconfidence as they battle with Bankstown who currently sit one point ahead of the Tahs.

Manly’s bowling attack had a field day, bowling Blacktown all out for 146 with Tom Kaye grabbing four wickets, Michael Visser with three and Mickey Edwards with two.

The Crosthwaite brothers then led Manly to a comfortable victory, with James grabbing a whopping 141 runs off 116 balls, and Adam finishing on 69.

This allowed Manly to set a target and send Blacktown back in for a second innings, where although they didn’t get the outright win, Michael Visser was able to grab another two wickets and Mickey Edwards got another one. Joseph Graham added to the wicket tally grabbing four himself, as did Joel Foster and Chris Green with two and one wicket to their name respectively.

This week, a back to back Saturday and Sunday match means that the Tahs will need to back up from their Saturday performance and charge into the following day to secure a win. Ahillen Beadle is available for selection, as is Mickey Edwards who looks like he will be able to play on both days. However, usual keeper Jay Lenton will only be available on the Saturday, allowing young gun Aiden Bariol to step in again. It still remains unclear if Matt Alexander will return this round.

The key to another win this week will be to take plenty of wickets early, as Bankstown currently sit at equal third lowest in wickets taken against them. However, all season Manly have proved themselves as a strong fielding side and as long as that continue, they could see them back in the top six in a matter of time.

The lower grades will only be playing a one day match this Saturday against Bankstown, but will be looking for another strong performance across all grades as last week was. After outright wins in 2nd and 4th grade, the Tahs teams are looking the goods as finals time creeps a little closer.

It’ll be an interesting week as two sides clash who sit so closely on the ladder, but as Manly have proved lately, they are back on track, and another week of strong performances should see another successful week for the Tahs.