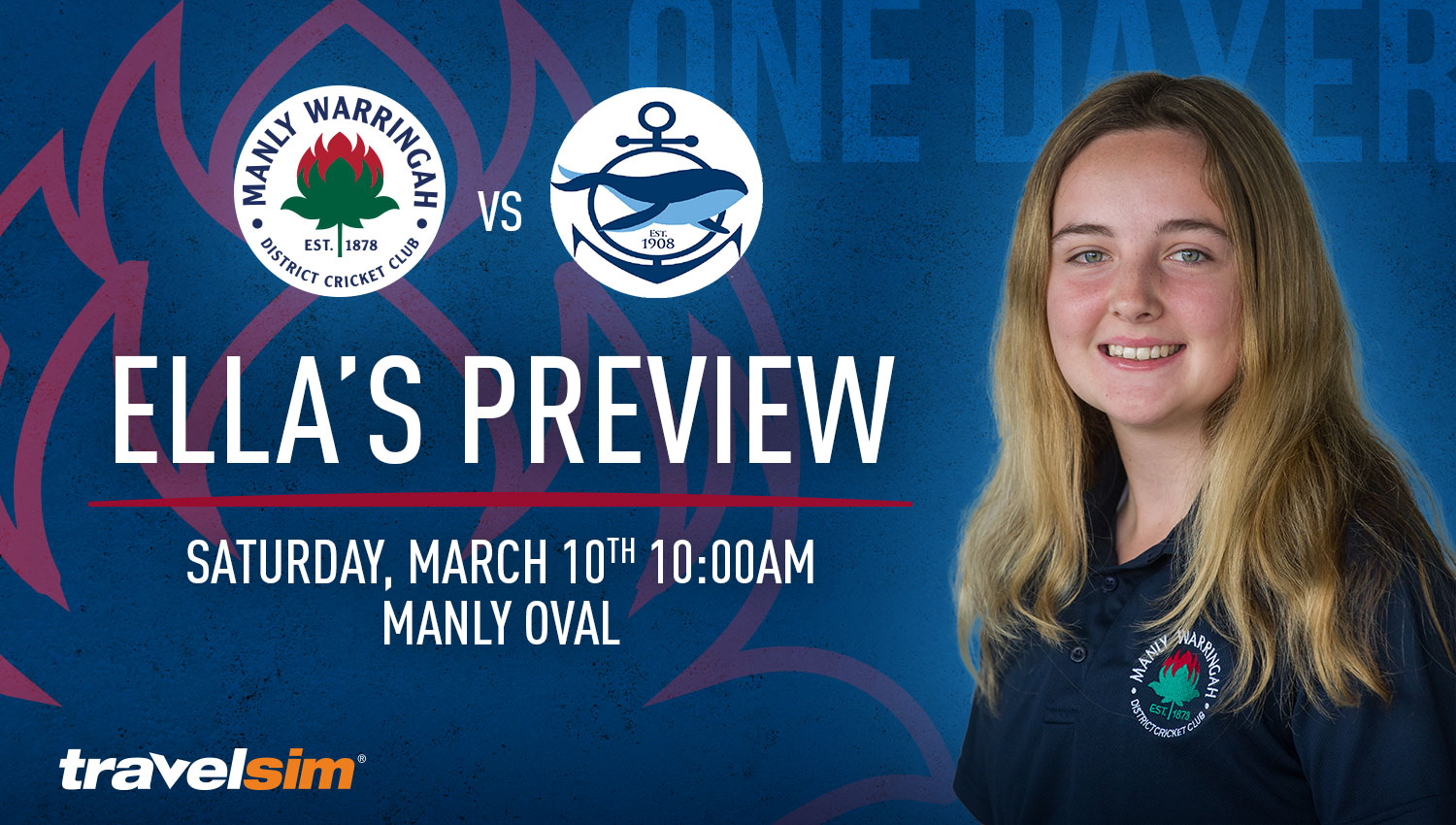 In round 15 of the New South Wales Premier Cricket competition, the TravelSim Waratahs take on Mosman in the last round before the finals series of the 2017/18 season.

The Tahs first grade side suffered a loss last weekend to St. George, with the situation mimicking their round 13 loss, seeing Manly declare on a competitive score, but finish unable to cause a collapse in their opposition’s bowling attack, resulting in defeat.

Although, there were some highlights from Manly’s effort, with young gun Ollie Davies scoring over one third of Manly’s total score just by himself, with an impressive 119 runs. James Crosthwaite and Cameron Merchant were also solid with the bat, scoring 61 and 57 runs respectively. And with Jack Edwards being back in contention this weekend after missing day 2 of last round’s match, Manly’s batting attack will gain even more strength this weekend.

With the ball, it was Joseph Graham who led the attack with three wickets and two maidens to his name, followed by Michael Visser who grabbed two wickets and four maidens. However, it was not enough to grab a win. But, with news circulating that Stephen O’Keefe could in fact be able to play this weekend, his addition to the side will be felt immensely after some incredible bowling statistics in the Big Bash and Shield games this season, including grabbing 8/77 for New South Wales against Victoria last week.

With the finals series only a week away, it is essential for the Tahs to get the win this weekend after two losses in a row – especially seeing as though a win is needed to make the top six. Manly currently only sit one point behind 6th spot, though will be fighting for this spot alongside Gordon, Bankstown, Eastern Suburbs, Randwick-Petersham, Western Suburbs and St. George.

Of course, the Tahs’ goal every single week is to set a good target, and bowl their opposition out early, or vice versa. But with the fight for a finals spot so tight, this week it is more important than ever to achieve this goal. Two weeks in a row competitive totals have still not gained a win for Manly, and as this weekend is only a one-day match, the need to score big, quickly, again becomes even greater.

In the lower grades, success in round 14 – particularly in 2nd and 4th grade’s outright wins, have made finals hopes look extremely bright for the sides. In second grade, the Tahs sit in fourth spot, and though finals are not fully confirmed for the side just yet, it is looking very likely. Manly’s third grade side are at a position that is almost the reverse of second grade – they sit outside the top six in 9th spot, and a win with the teams above them losing is needed to scrape into finals contention. Fourth grade, after a particularly successful season, sit in first place and have already secured their finals appearance spot, but a win to remain minor premiers and to start their campaign off well would be handy. Fifth grade sees Manly in 5th spot, though a win is needed to ensure this spot is kept, with a loss meaning that the boys would have to rely on other results to keep their finals hopes alive.

Great seasons from these teams have also impressively assisted Manly’s current club champions status, sitting in second spot only two points behind leaders Parramatta. A whitewash of wins would not only benefit the individual teams in their own finals chances, but it could be the difference between finishing as club champions or not – which would be a huge feat for the club and a great representation of Manly’s depth.

Manly sit ahead of Mosman in first, fourth and fifth grade, and it is the opposite in second and third, and thus it is a fairly even matchup between the two sides.

It is an important weekend for the Tahs in across the board as teams gear up for a finals series that could possibly – if circumstances allow – feature all of Manly’s grade teams.