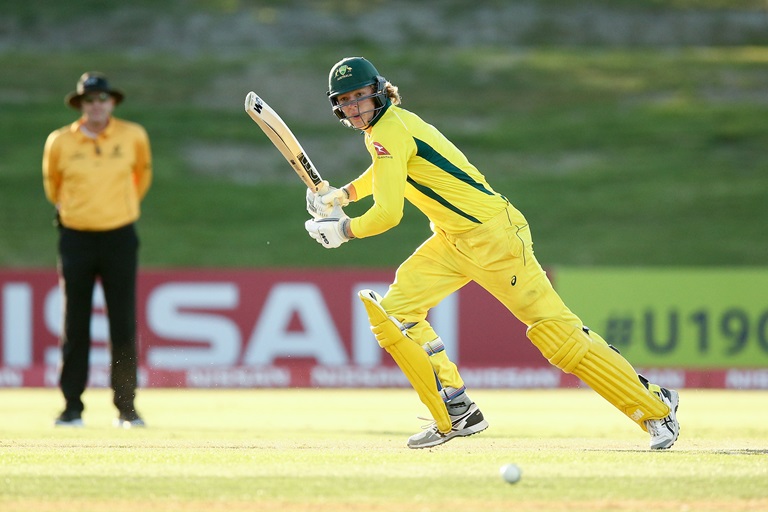 Despite going down in the final of the 2018 u/19 World Cup, local junior Jack Edwards has helped the Australian side to a successful tournament in New Zealand.

He batted with authority at the top of the order in all matches. He dominated a couple of bowling attacks, with scores of 73 in the preliminary round against India and 72 against Afghanistan in the Semi-Final being the highlights.

Unfortunately his heroics weren’t enough to get the Australian’s home in the final, being soundly beaten by a very strong Indian side.

However his cricketing talent was there for all to see. He showed his customary flair, getting his side off to quick starts on most occasions and setting the trend for the rest of the innings.

His Semi-Final innings against the Afghanistan’s (how good is it to see Afghanistan doing well by the way) was probably the highlight. Everyone new their spinners were the biggest threat, but Jack was very positive against them, hitting his 72 off just 65 balls, including 2 sixes.

The innings allowed the side to easily chase down the oppositions 181 and qualify for the final.

He also picked up a few wickets with his handy medium pacers, including a 4/65 against Indian in the 1st game of the tournament.

What a great experience it was for Jack. Playing in a world televised event, getting access to Australia’s best coaches and playing under immense pressure are all game and character building elements that will put him on the right path.

At 17 year and 270 days at the start of the tournament, Jack was actually the youngest member of the squad, but with the World Cup held every 2 years, he won’t quite get his chance to show his wares at an U19 World Cup again.

However this is a great stepping stone for Jack to potentially show his talents on the seniors world stage again at some stage in the near future.