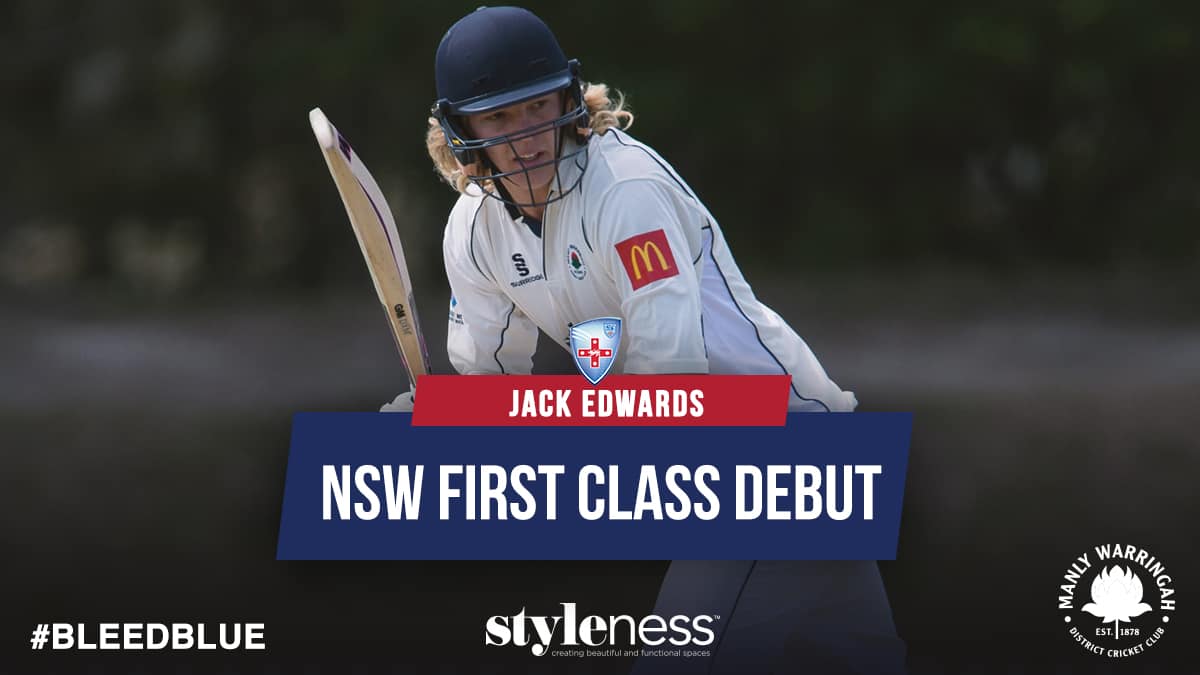 Manly Cricket would like to congratulate local junior Jack Edwards, who recently made his first-class debut for NSW in the JLT Sheffield Shield tournament.

Against South Australia at the Adelaide Oval on Tuesday 16th October, Jack was awarded his baggy blue cap, and became the 746th player to represent NSW in first class Cricket.

18-Year-Old Edwards was selected after a stellar JLT Domestic One Day Cup tournament, where he became the youngest player to score a domestic One-day Century in Australia, as well as scoring 273 runs at 54.60.

Although his Sheffield Shield Debut wasn’t as filled with as many runs as he may have liked, Jack is a big star in the future, and it will not be long before he scores his maiden First Class Hundred as well.

Jack joins a very elite club of Manly Cricketers who have worn the Baggy Blue, which includes Jack’s older brother Mickey, and he will no doubt wear it with pride.

In addition to his First-Class nod, Jack was also selected in the PM’s XI, to play against South Africa on Wednesday the 31st October. This will be Jack’s first match against an International bowling attack and is another reward for his amazing JLT cup campaign.

Congratulations Jack on all your achievements, and we wish you best for the remainder of the season, and throughout your career.