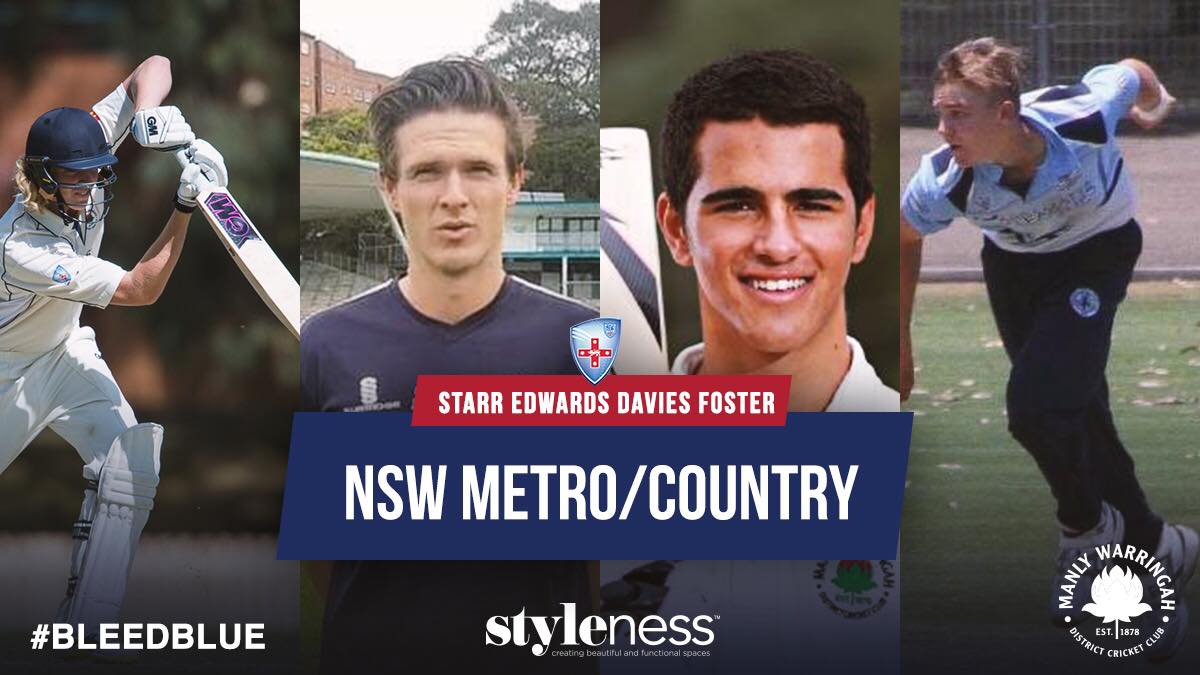 Four Styleness Manly Warringah Waratahs have been selected to compete at the upcoming u/19’s National Championships.

Waratahs Jack Edwards, Joel Foster and Ollie Davies have all been picked in the NSW Metro squad, whilst new recruit Hamish Starr, has been selected to represent NSW/ACT Country.

Jack Edwards, who was a part of the winning NSW Metro side last year, has recently made headlines for his outstanding performances in the JLT Cup, becoming the youngest player to make a domestic One Day Hundred, and recently making his first-class debut. Jack will look to have a big impact on this tournament, and help the side take out the title once again.

Joel Foster, who was also a member of the winning side last year, will be a dangerous player for NSW Metro in this year’s National Championships. Joel is in great form right now, after recently taking the prized scalp of former Australian Test Captain Steve Smith and will use that as motivation as he looks to help NSW Metro go back-to back.

Captain of the u/17 Australian Side in last year u/19’s Championships, Ollie Davies will have a big impact on this tournament. Ollie, who is one the youngest players in Grade Cricket to score a First Grade Century, has proven his ability with the bat before, and will be a dominant player for NSW Metro.

Finally, new recruit to the Club Hamish Starr has been selected to represent NSW/ACT Country in the tournament. Hailing from Cowra, Hamish has impressed many at the club this season, and has shown fantastic ability with the ball in games for Manly and in the recent u/19 State Challenge. Hamish will no doubt have a big impact on the tournament for NSW/ACT Country.

Finally, Manly Cricket would also like to congratulate Manly junior Aiden Bariol on his selection in the u/19 NSW Metro Side.

Congratulations to all players on your selections, and we wish you the best for the u/19 National Championships.