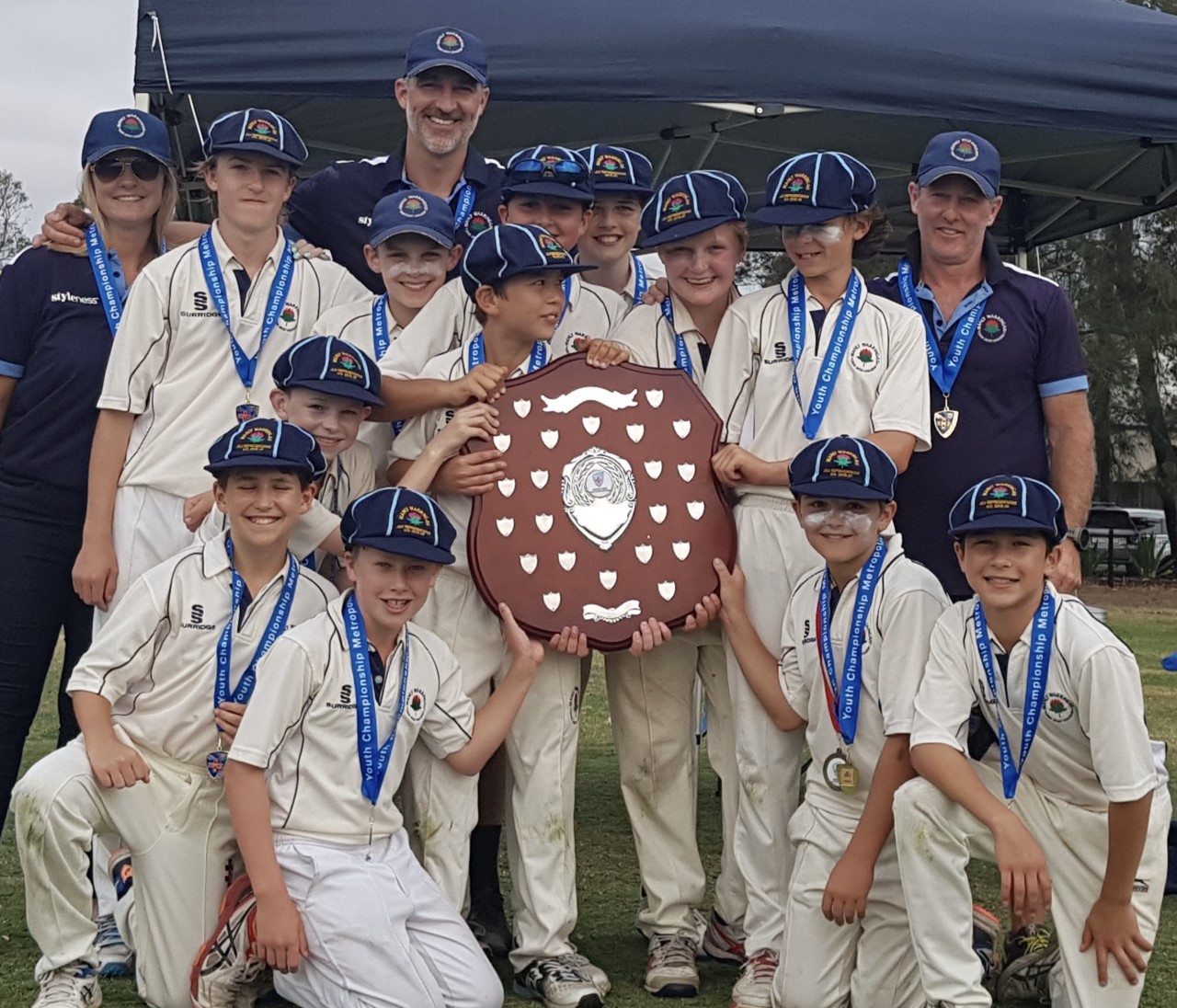 The Manly Warringah Junior Cricket Club have capped off another fantastic representative season with two premierships.

Both the Boys Under 12 Division 2 and Boys Under 13 Division 2 sides, won their respective Grand Final last Sunday, after dominating the competition all season.

The Boys Under 13 Division 2 side (picture above), coached by Manly Fifth Grade Captain Andrew Rochford, also had a convincing win against opponents Parramatta.

Batting first, Manly set a total of 144 off their 40 overs, with Robbie Tipton top scoring with 38.

In reply, the Manly bowling was too strong, with James Olde (3/14) and Archie Rochford (3/24) ripping through the Parramatta lineup to bowl out the side for 112 in the 37th Over. Congratulations on an amazing season!

In the Boys Under 12’s Grand Final, Manly beat North Shore convincingly in their 40 over a side match. Bowling first, Manly were set an imposing total of 169 for victory. Claude Redmond the pick of the bowlers with 3/16 off his 6 overs.

In reply, the boys chased down the large total in the 34th over, for the loss of 7 wickets. Congratulations to everyone involved in the victory, and for their amazing season.

It shows a strong future of Manly Cricket and cricket on the Northern Beaches.

Congratulations again to the Premiership winning teams, and good luck to all for the remainder of the season for their clubs sides.