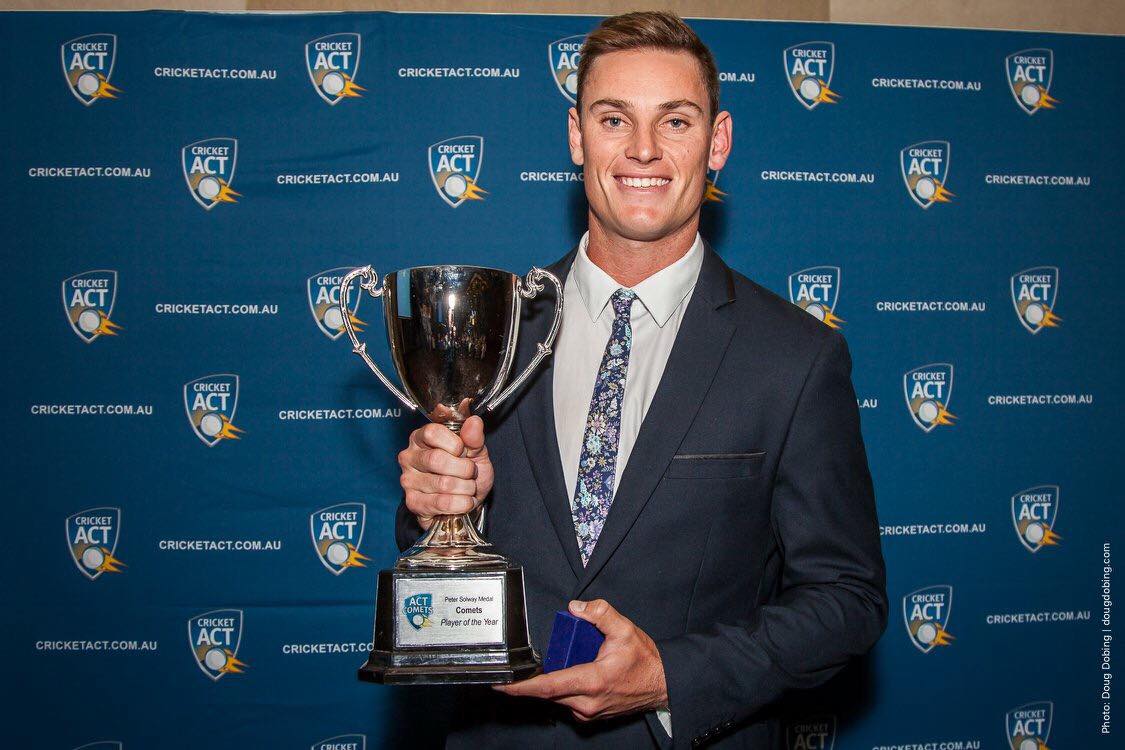 A few years ago, all NSW Premier Cricket players who came from NSW country areas became associated with the ACT Comets. The Comets were subsequently branded the ACT/NSW Country Comets, and they play in the Futures League, which is the same as the old 2nd XI competition

Lenton was awarded the skipper of the Comets this season, and responded with a huge year with both the bat and the gloves. He received 67 votes to win the award, almost double the amount of 2nd place.

His season tally of  538 runs was the 2nd highest in the competition behind former Australian Cricketer Peter Forrest (who co-incidentally is coming back to coach and play for Hawkesbury next year). He averaged 53.80 with 2 hundreds a three 50s in what was a stellar season.

Jay hasn’t been given a chance with NSW this season as a result of Peter Neville playing for NSW all season, but we have no doubt that his form for ACT / NSW Country shows that he is ready to step up whenever he is ready.

Congratulations to Jay on this fine achievement from everyone at the Waratahs.