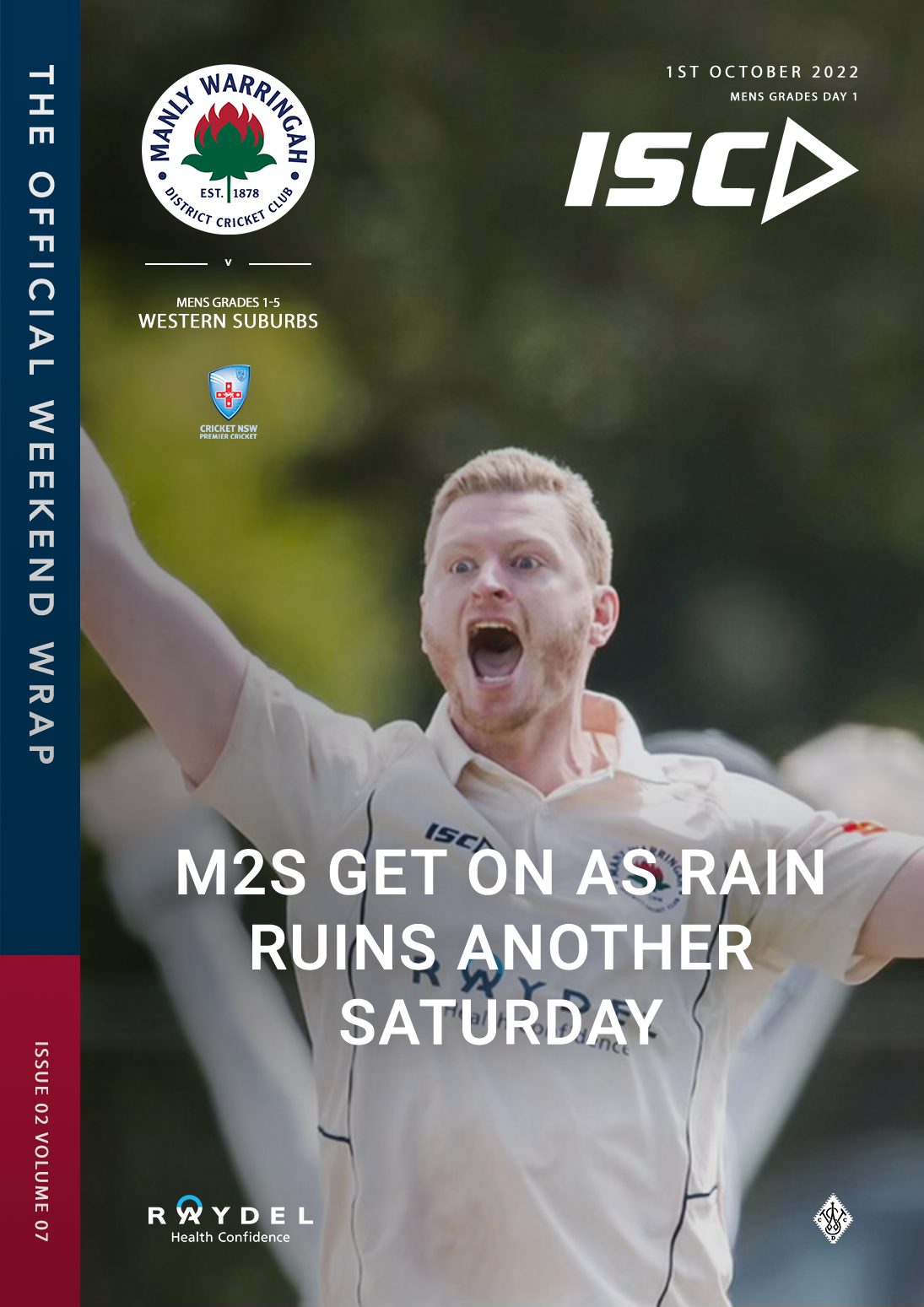 The hype of the return to 2 day cricket was tempered due to another disappointing weekend. Rain meant that very little cricket was played

We were able to get on in M2s at Grahams Reserve but did not get on in M1s, M3s, M4s or M5s. M1s and M5s have not yet stepped onto the field this season.

Despite a fair amount of rain during play, M2s were able to get through almost a full day of play, with Wests to resume next week at 6/232. Tom Kaye the pick of the bowlers with 4 wickets.

Let’s hope we get a little more luck for day 2 of the Men’s second round fixtures.

Tom has been one of our most consistent crickets for more than a decade, and has evolved his game from a top order batsmen to an opening swing bowler who is capable of breaking a match open with both bat and ball.

Tom is also closing in on a fabulous double milestone, with both 4,000 runs and 150 wickets for Manly not far off.

He was at it again on Saturday, swinging the ball both ways to skittle the Wests top order. A great performance and one of many this season no doubt. 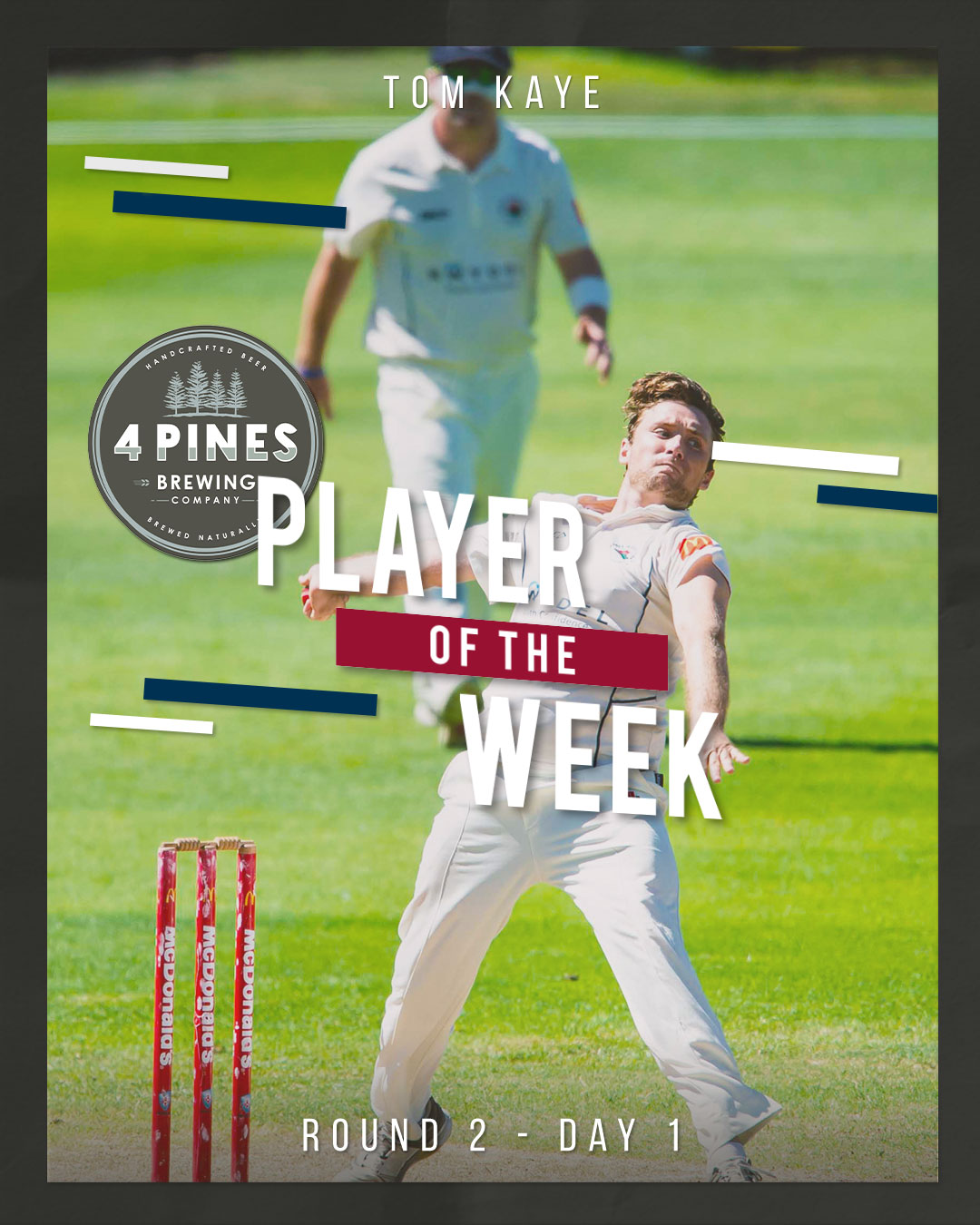 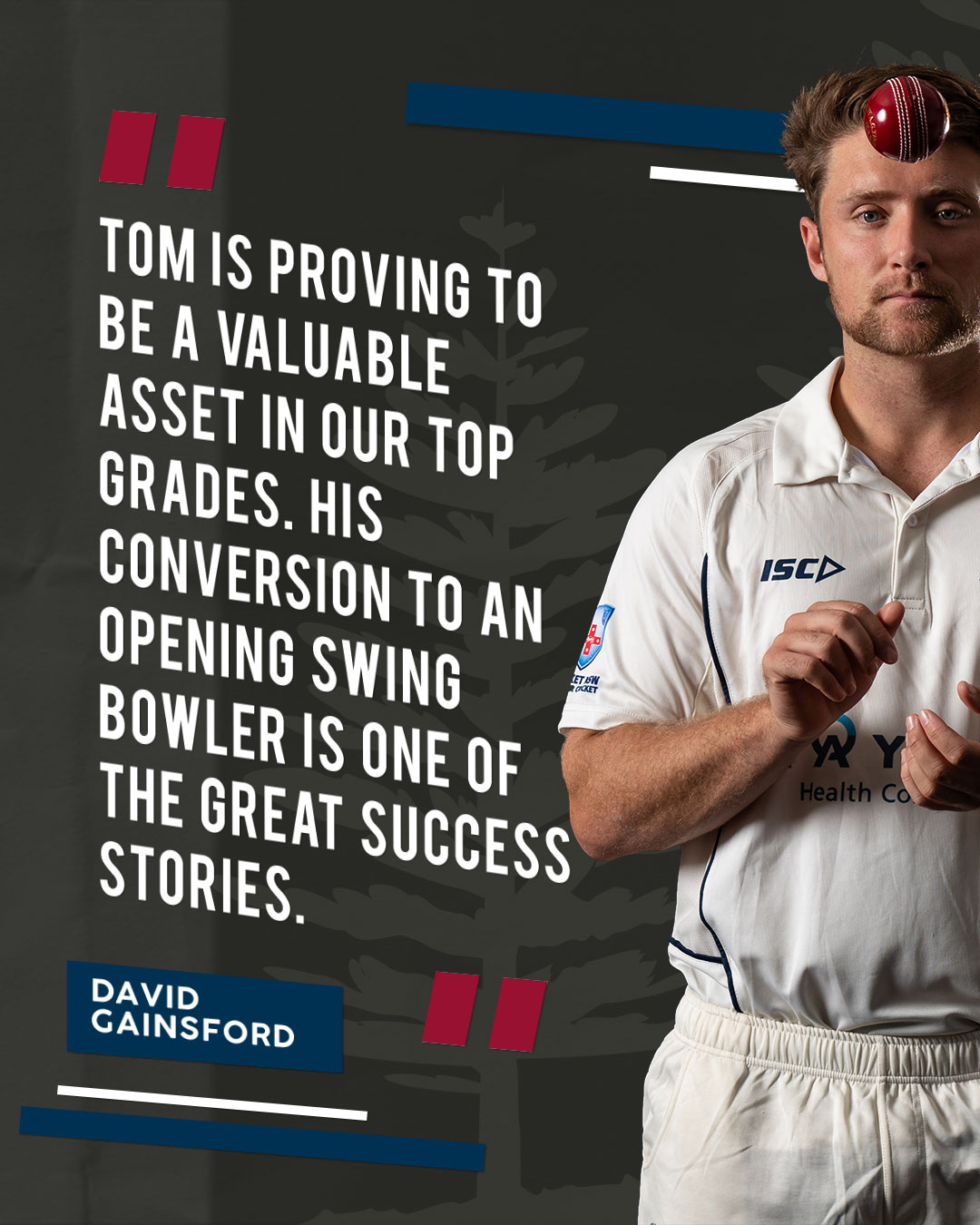 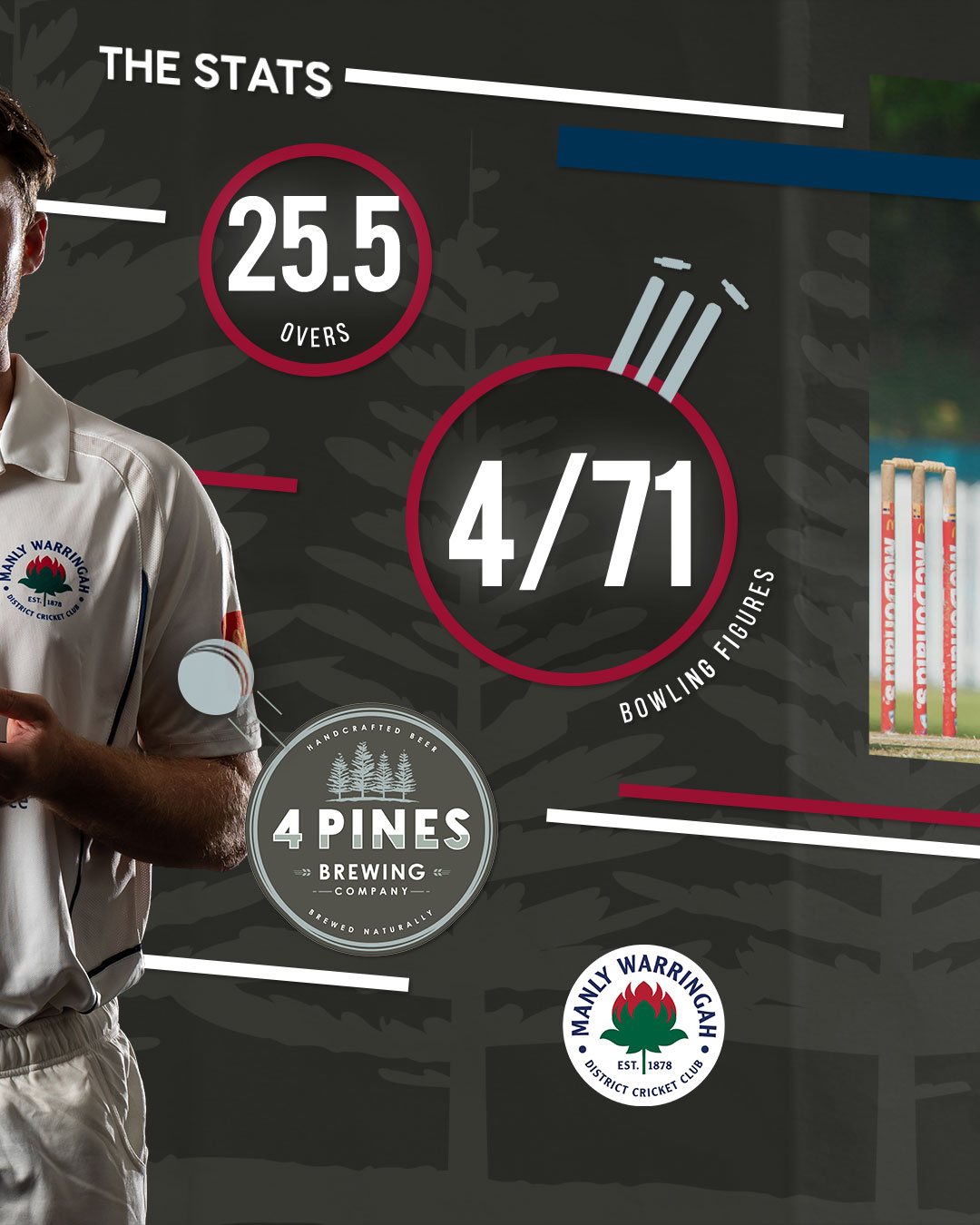 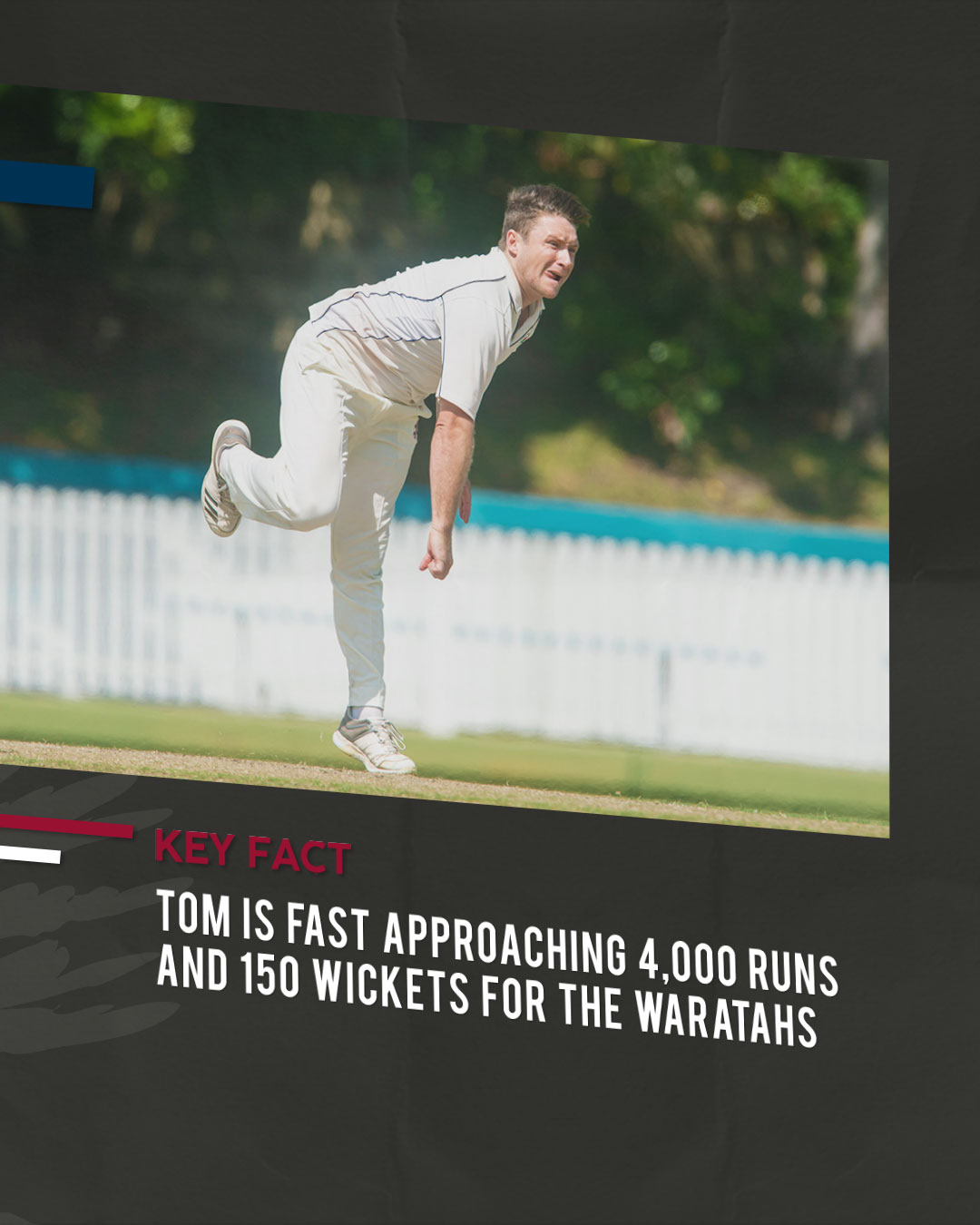 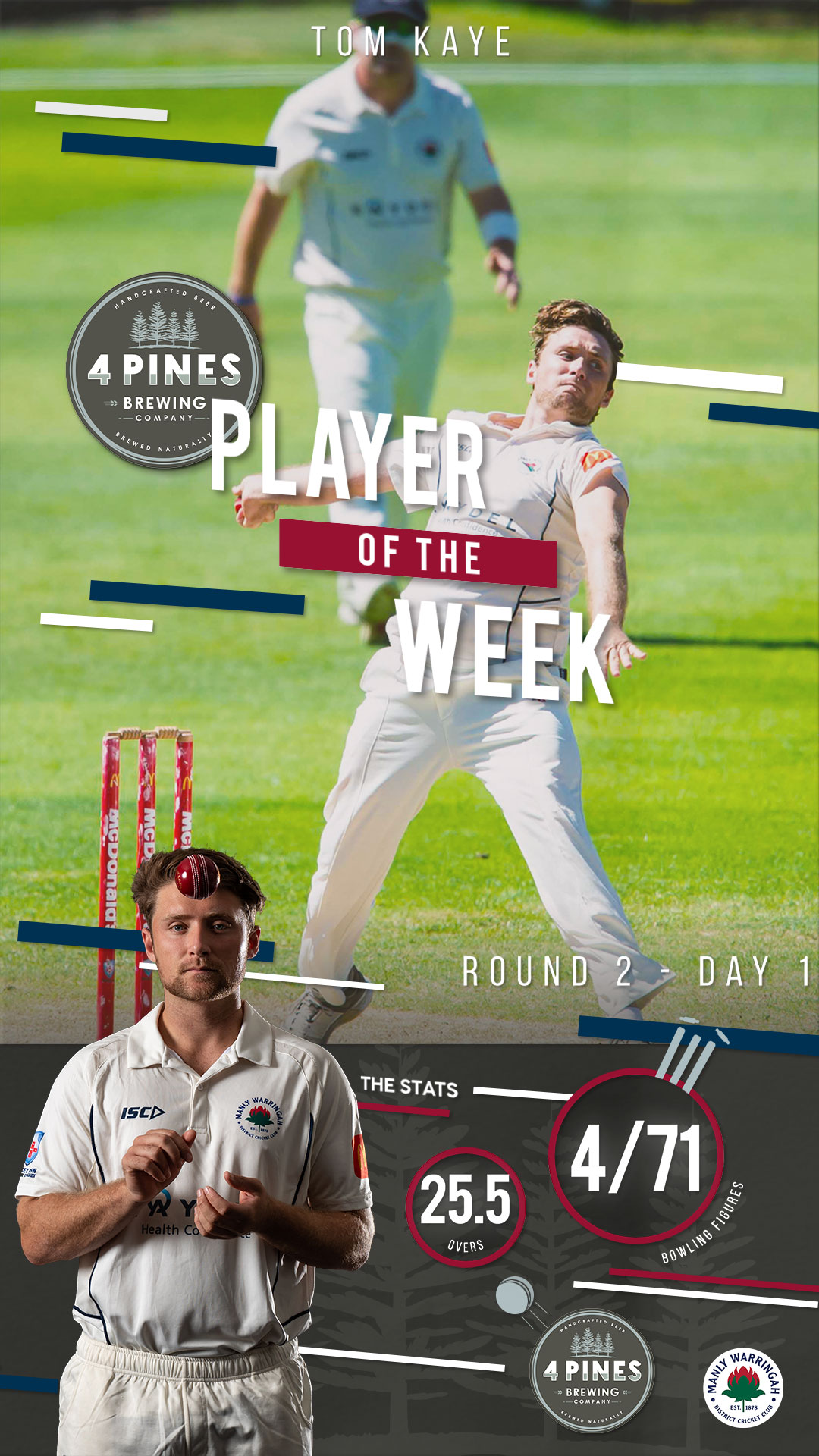 No play due to rain

ain – a constant across grade cricket for the last 3 years. With most games called off on Friday it could be assumed that 2s would also be given an early mark on Saturday. However this is not the case when one is playing at the field of dreams that is LM Graham Reserve.

The fastest drying ground in Sydney was the host for 2nd Grades clash against Wests, after a late move from Manly Oval due to drainage issues still plaguing the field following a heavy rugby season.

With skipper Jamieson soaking up the tropical sun of Fiji, and a horses for courses selection policy being abandoned resulting in a certain 3rd grade skipper being left out of the side, Isaiah Vumbaca took the reigns, his first time captaining the side since the success of the 2020/21 premiership.

After disappointing performance from the bottom 5 in touch, mainly due to the wingers of Counsell and Dillon, the boys got stuck into a clinical warmup comprised of the tried and tested shorts and longs. Tradition is unmatched.

A softer deck saw some debate about the toss, with skipper Vumbaca winning the toss and electing to bowl. Run ups were marked, practice balls were delivered, and Jordan Daly finally arrived following a wedding the previous night (unsuccessful Pepsi).

Kaye and Wigney opened up and made the most of the new ball and favourable bowling conditions that the usual low and slow Grahams was providing. Kaye took the first of his 4 wickets, and the boys were on a roll, bowling terrific line and length. Counsell, pushing off the sight screens at Manly Oval, followed Wigney and took the 2nd wicket, with plenty of momentum on the side of the Tahs. Kaye took two more wickets, including one more 2 balls before lunch, with the Tahs going into the break squarely in front.

Another wicket to Kaye shortly after lunch saw momentum squarely on the side of the Tahs, however a spirited fight back from Wests saw the contest even up. As the pitch began to flatten out and returned to a more typical Grahams, the boys were truly in the grind and embracing the meaning of 2 day cricket. Rain saw an early tea being taken and an hour delay.

The Grahams outfield was put to the  test, after 300L of water was dropped off the covers at mid wicket. Despite the calls of “it’ll dry in 5 minutes” the Grahams water table was overflowing and some critical work on the sopper, brooms and even stomping the hessian was required to get play back on.

After a big effort, with plenty of help from the Wests boys, the game was back on with 2 hours to play. Consistent and pressured bowling saw a good contest between the sides, with Rhoop taking one more wicket thanks to a spectacular catch from Daly. The Wests boys started to go on the aggressive and started to score some quick runs, including a “run” 4 (special mention to Lachlan Coyte for collecting his hat before the ball which led to this moment). The second new ball was taken and two overs later the heavens opened and the day was finished, with wests finishing on 6/230 after 82 overs.

A great day for the Tahs in their return to 2 day cricket. A strong bowling performance early next week and a clinical run chase should hopefully see the boys take the 6 points. 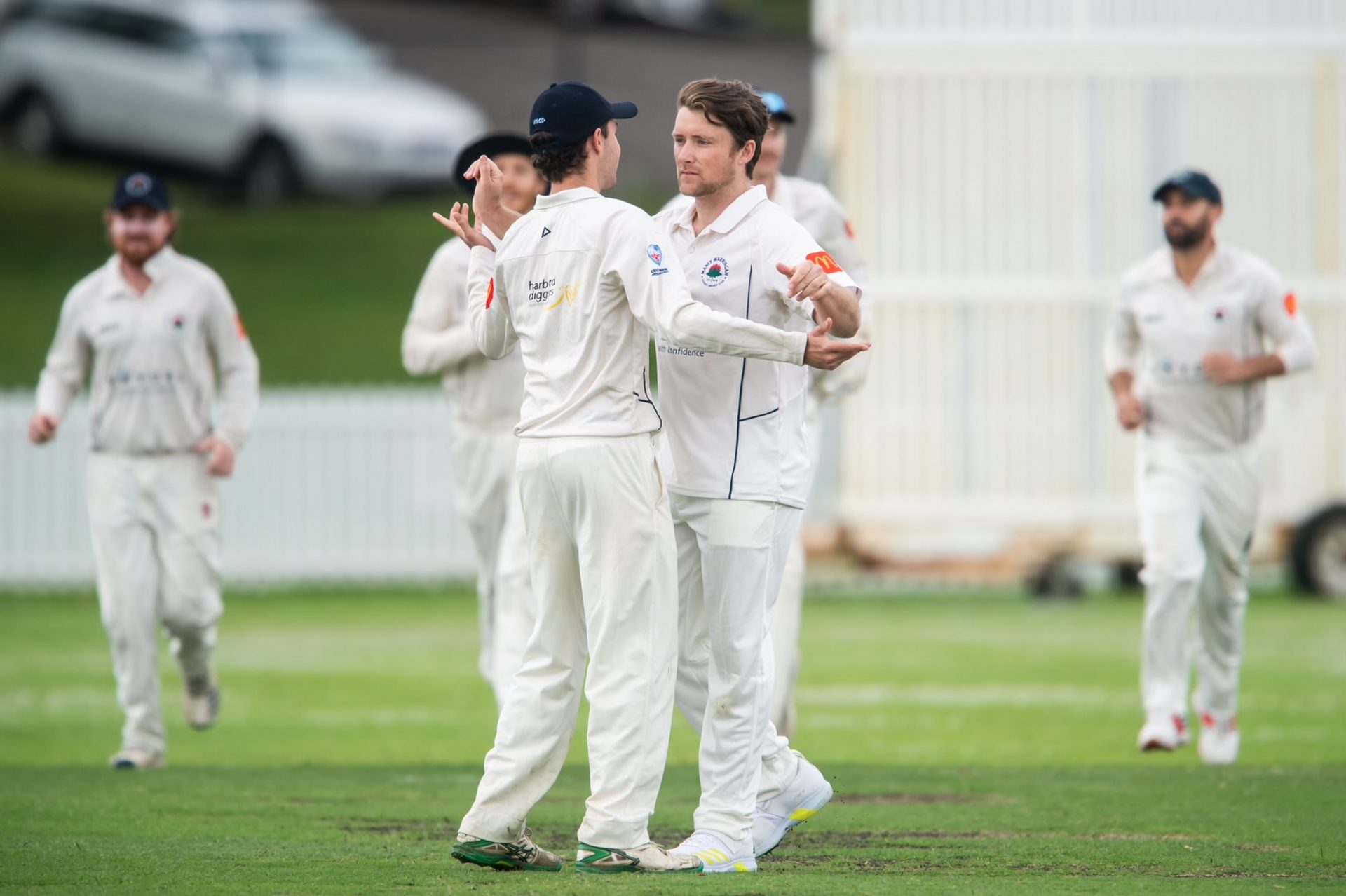 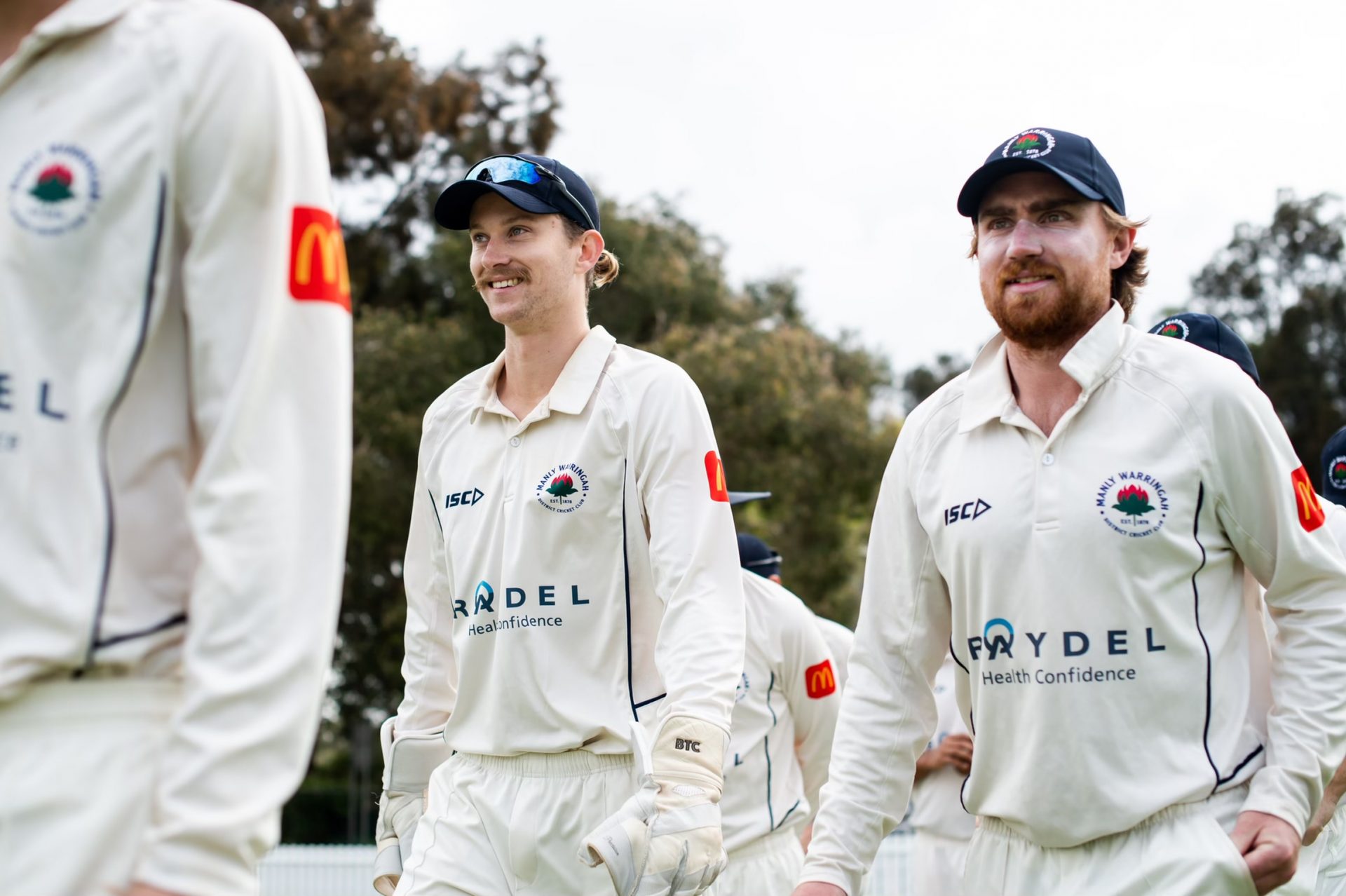 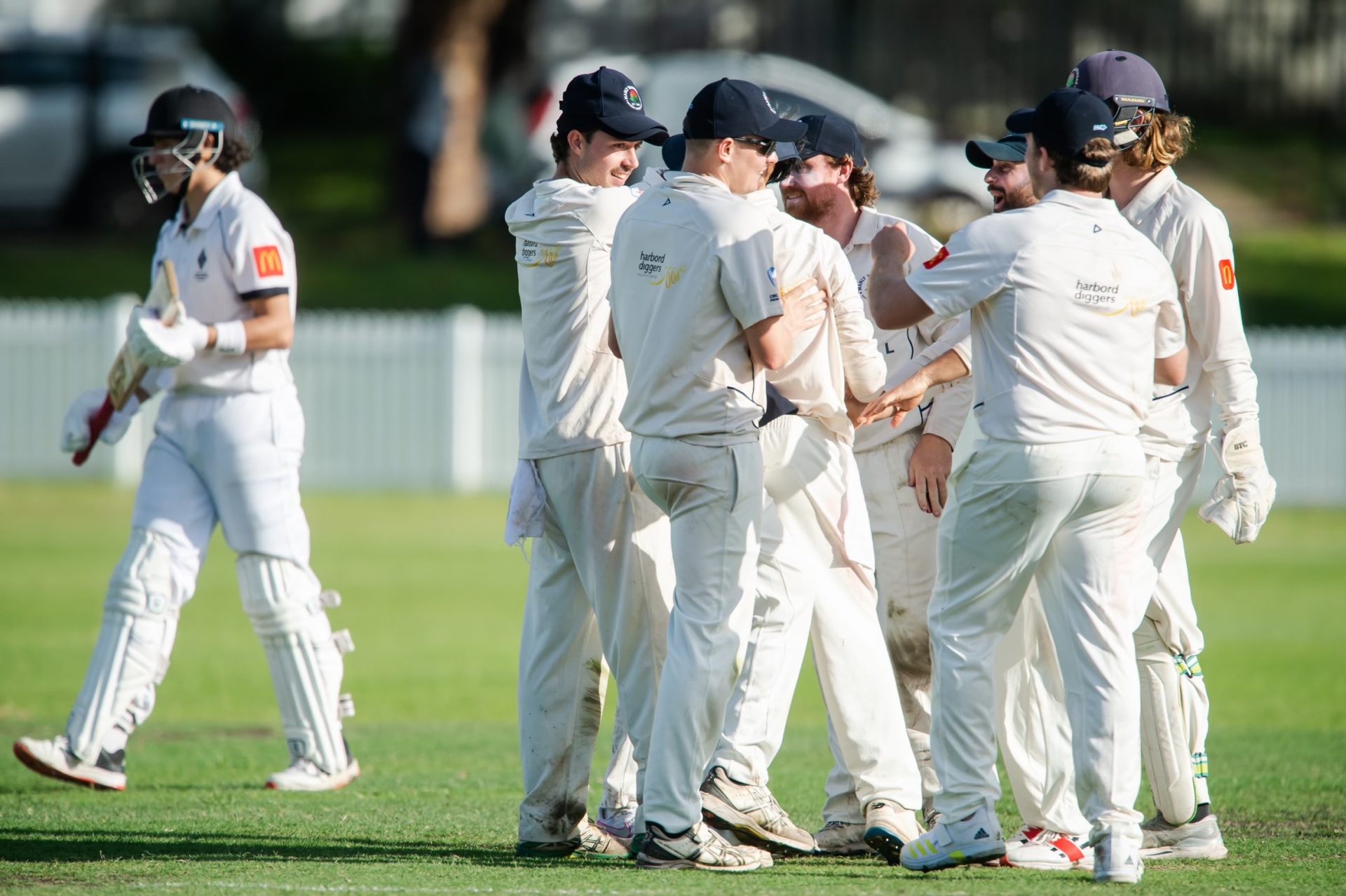 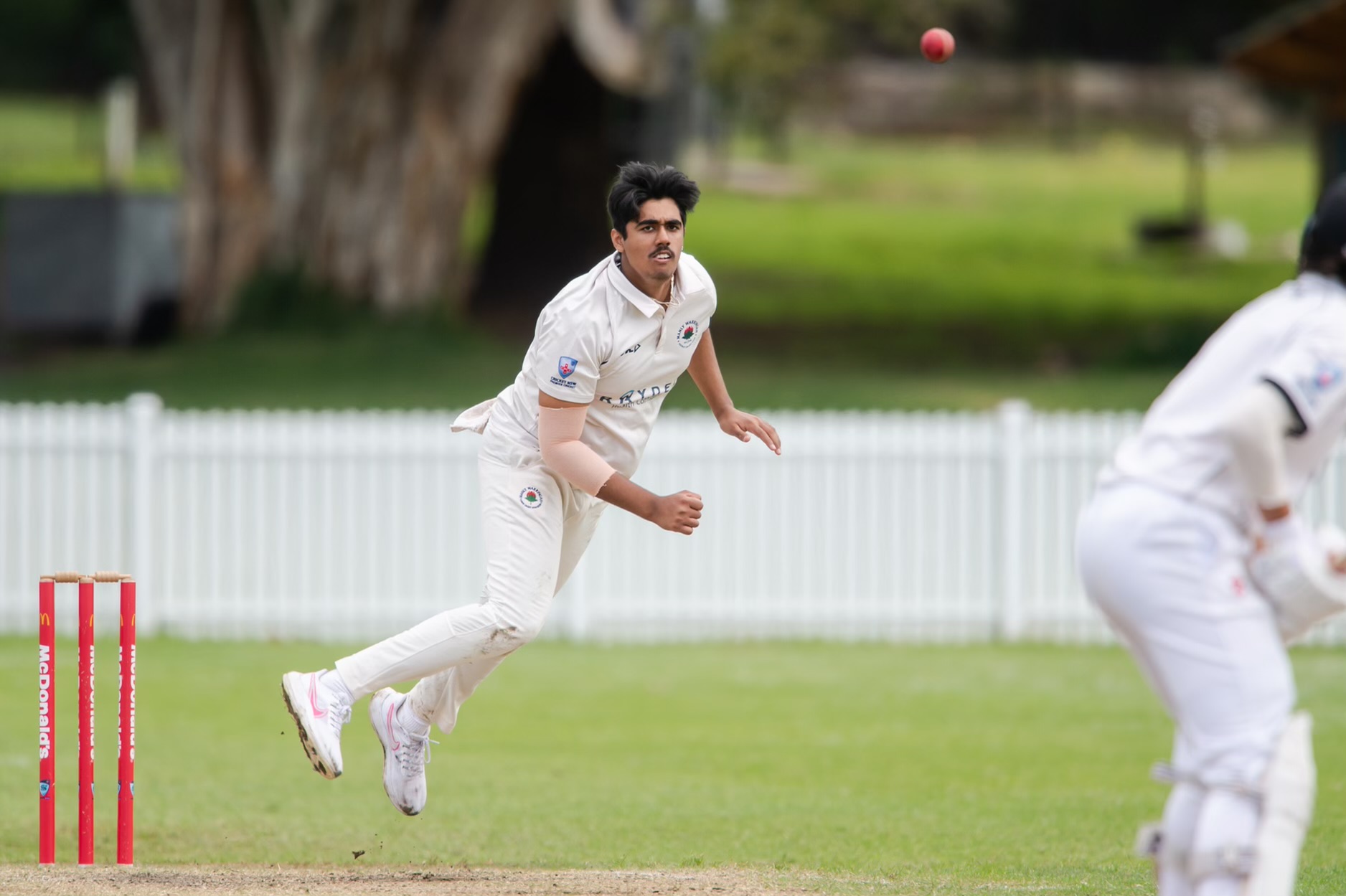 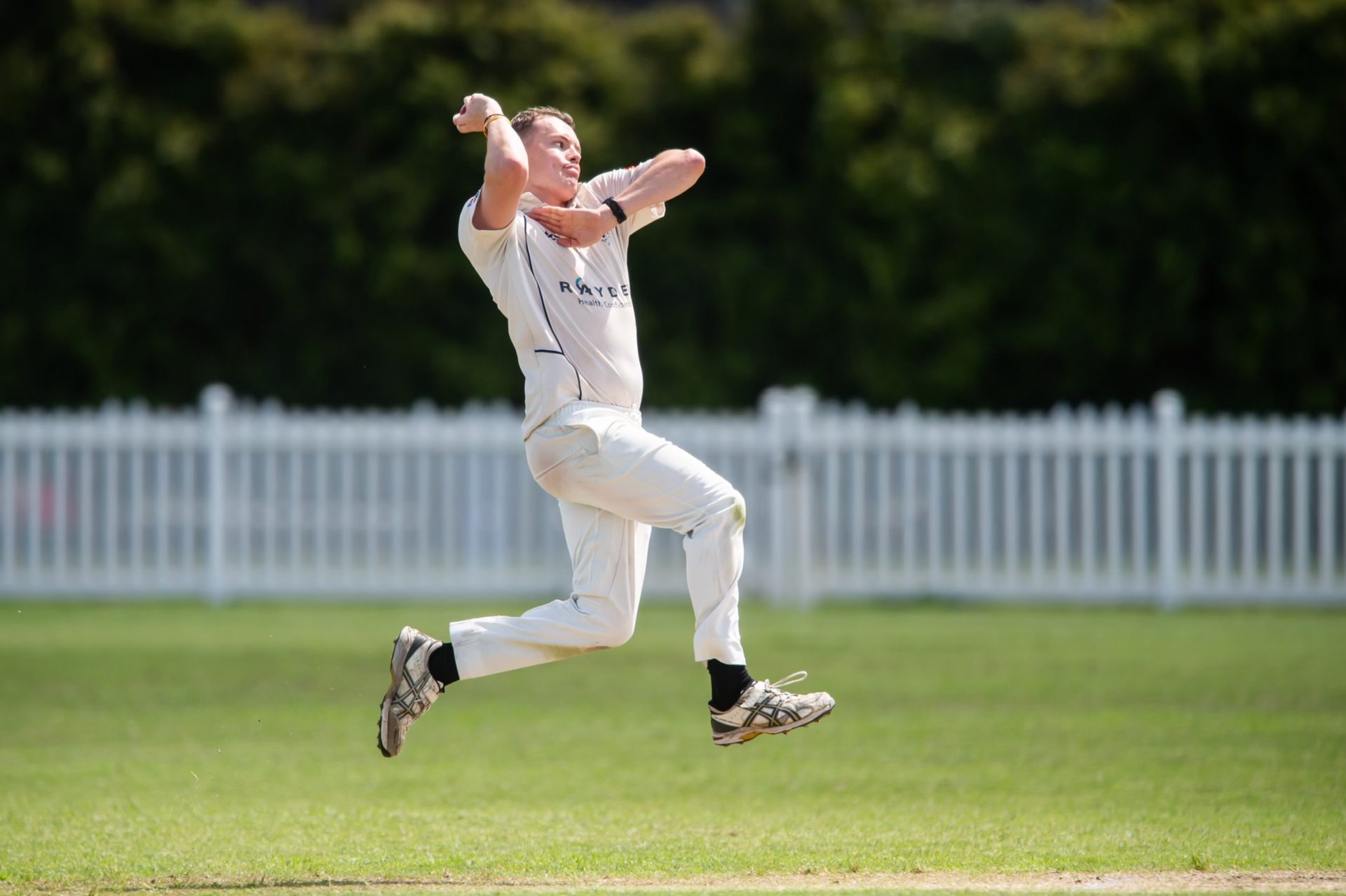 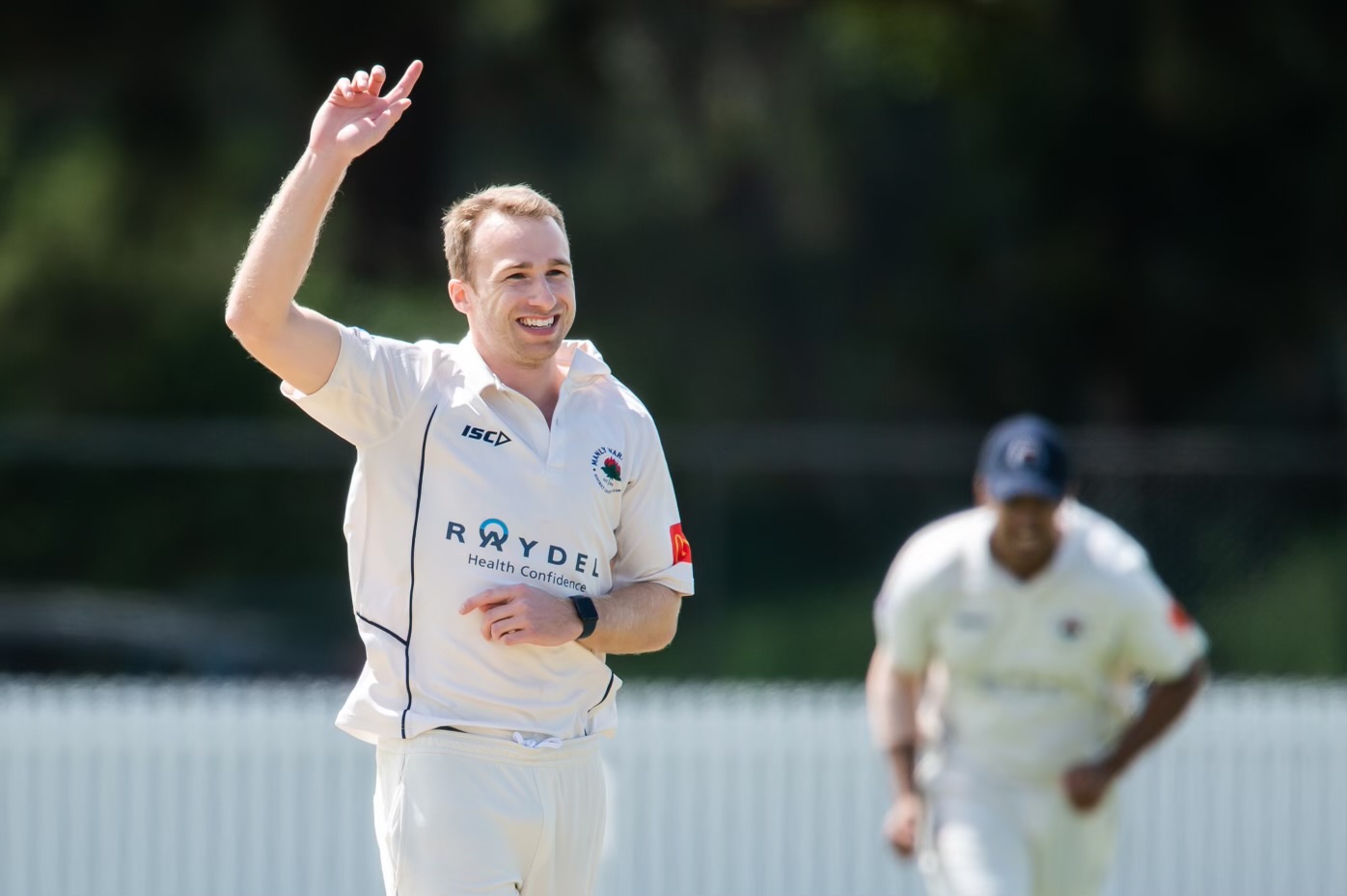 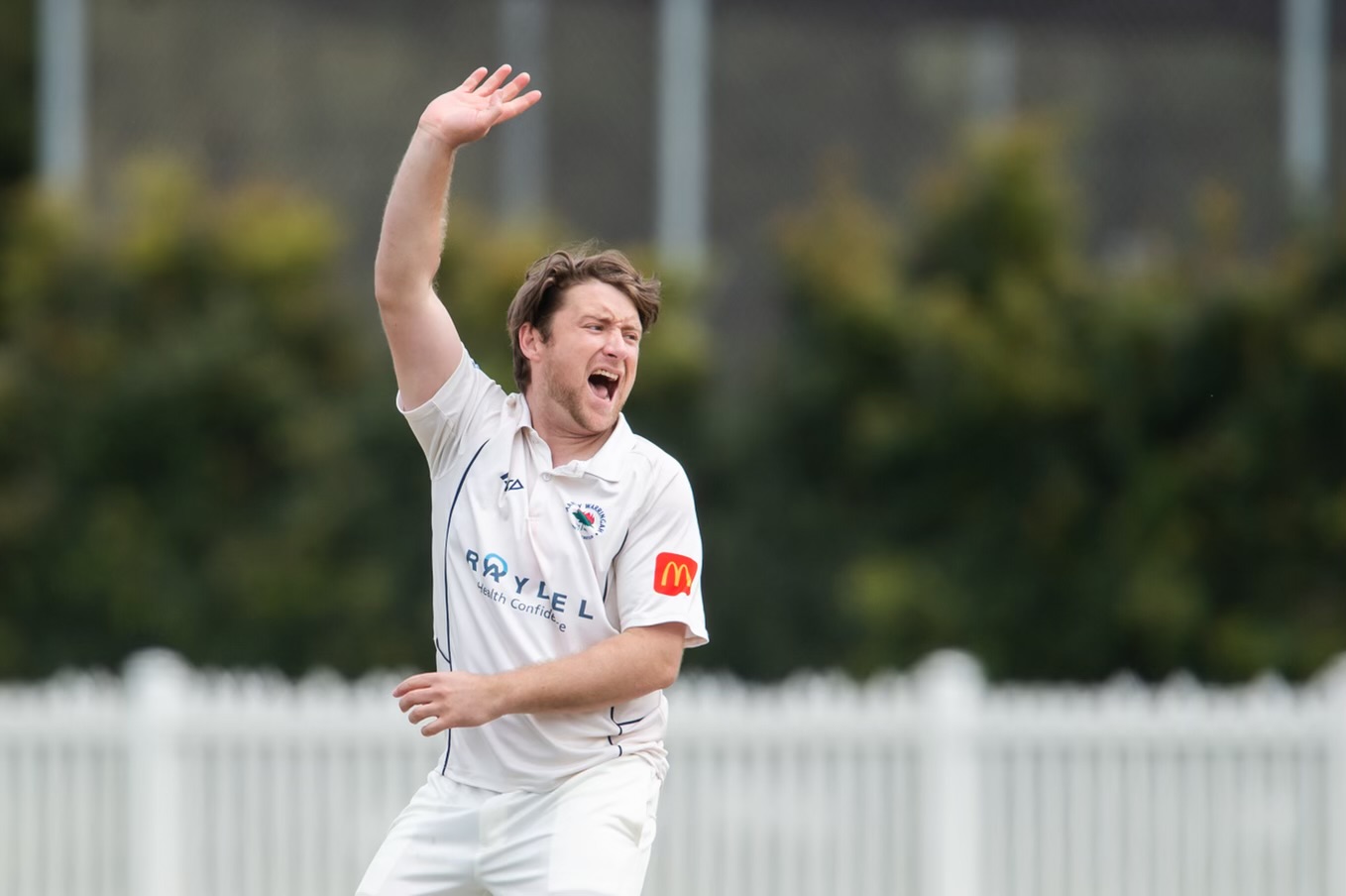 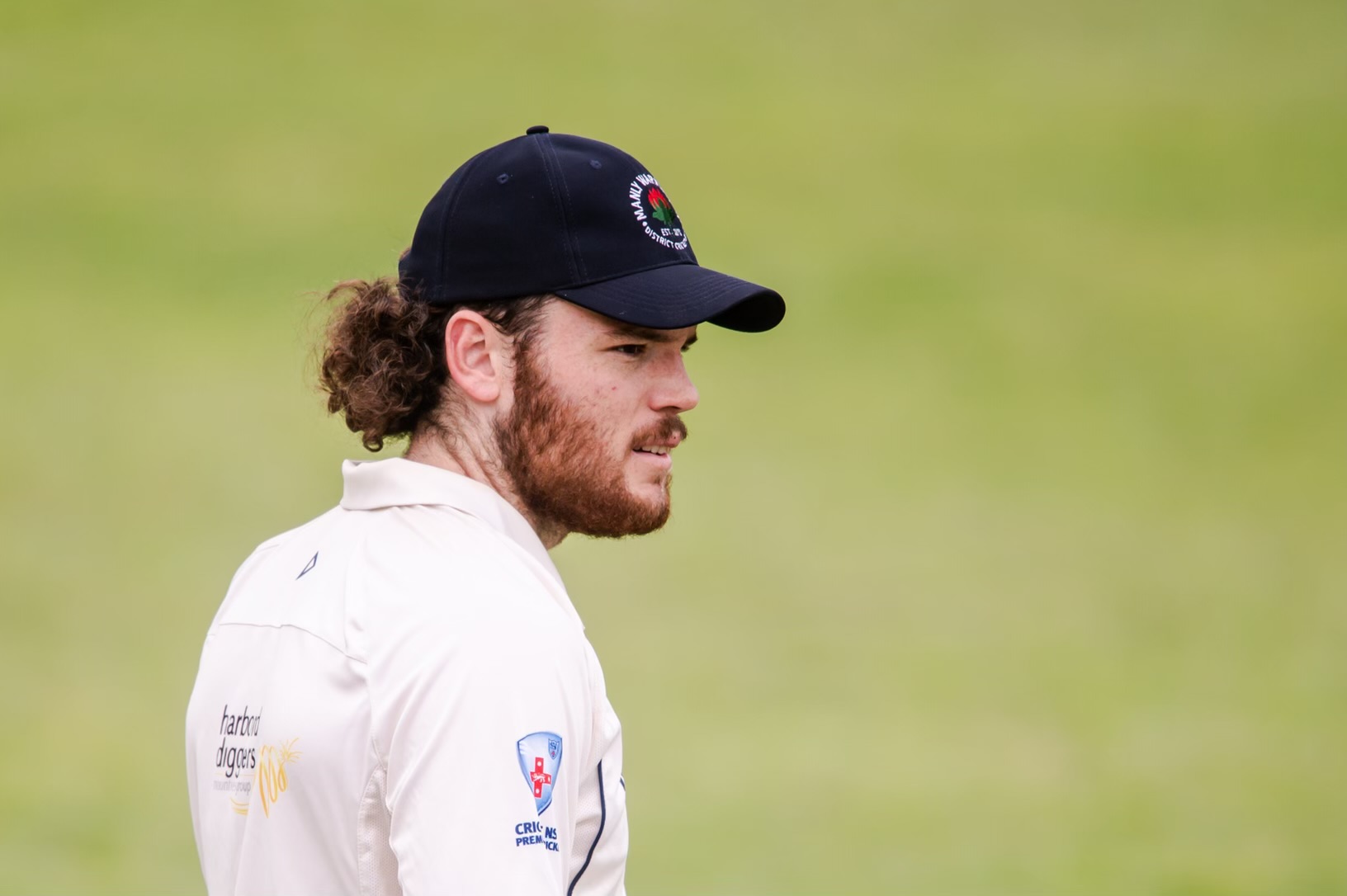 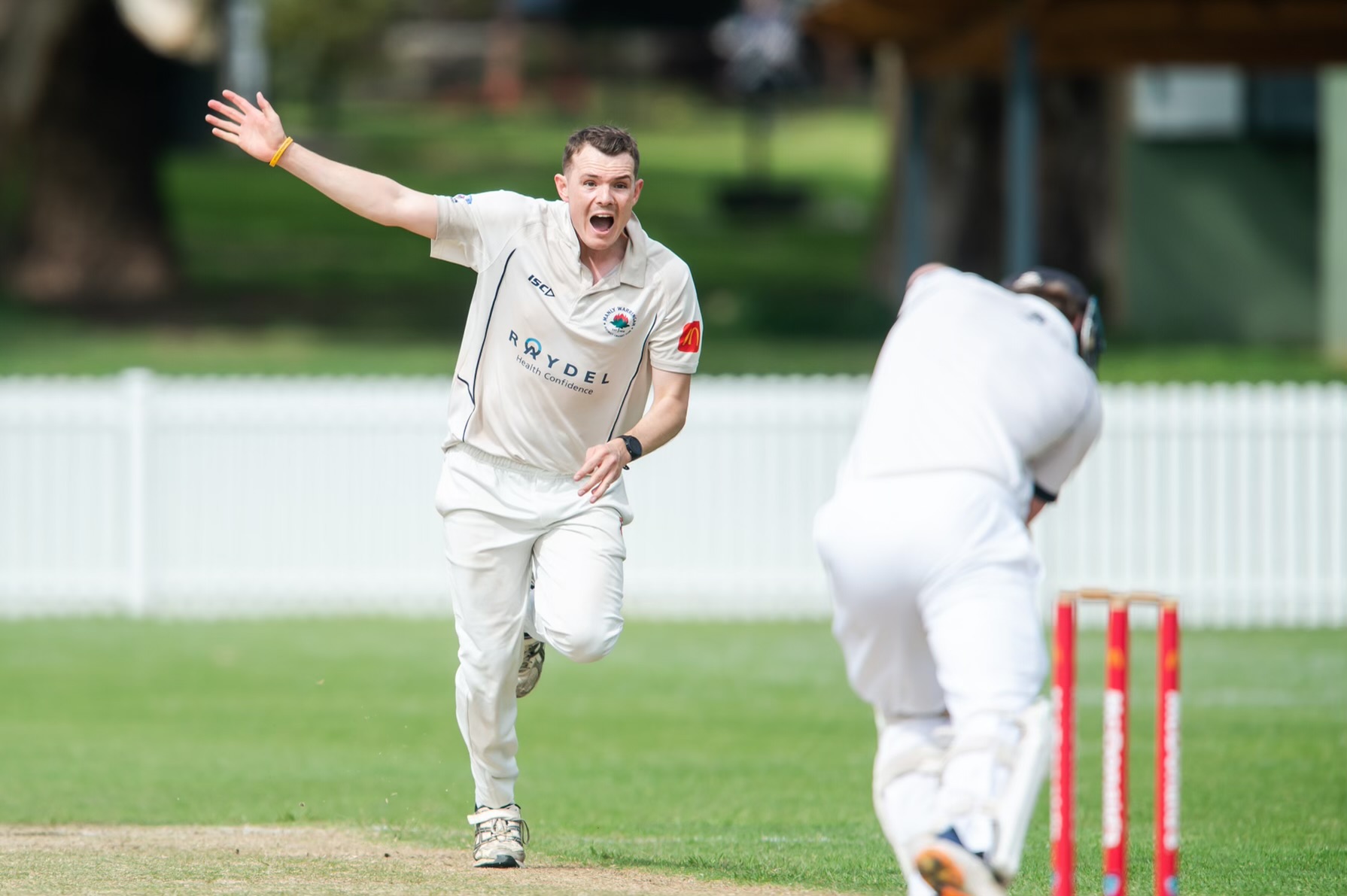 o play due to rain.

o play due to rain

o Play due to Rain.