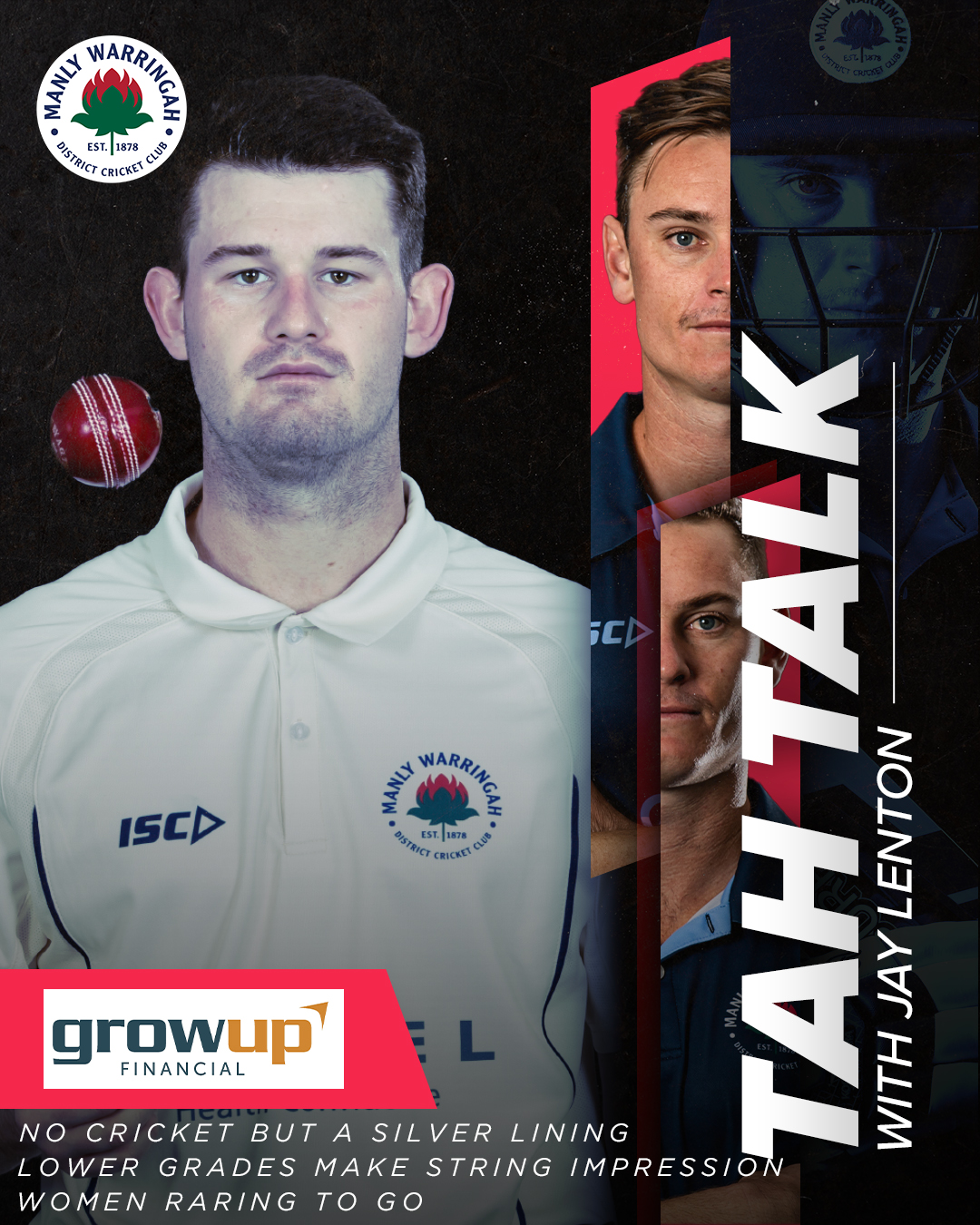 Welcome to Tah Talk as we gear up for our Men’s Round 2 clash with Wests. Tah Talk is presented by our great friends at GrowUp Financial – www.growup.com.au

NO CRICKET BUT THERE WAS A SILVER LINING

I was hoping to bring you news of a strong first-up win to start the season but we didn’t get to bowl a single ball against Gordon last Saturday.

Unfortunately the state of the ground took away our chances of playing, with newly laid turf and consistent rain over the last couple of weeks making the ground ‘unsafe’ for play.

I can’t tell you how frustrating that was, however, there was a silver lining.

We were able to pay tribute before to our mate and former manager Michael ‘Juice’ Shepheard before the scheduled start of play.

With both teams and officials on the field – and with Michael’s family in attendance, including in-laws from Iceland – it was my privilege and honour to say a few words in what was a very moving ceremony.

I’d particularly like to thank Gordon and their captain Tym Crawford for being part of the tribute, as well as the umpires, the Manly cricketing family and, of course, the amazing Shepheards.

I know Juice would have been as frustrated as the rest of us that we couldn’t get on to play some cricket, especially with the sun shining through for a fair bit of the afternoon.

The boys had to make do with checking their Bitcoin accounts or the form guide or catching with a bit of work or study as we sat around most of the day before it was finally called off.

Let’s hope the weather clears as we welcome back two-day red ball cricket for all grades this weekend.

It signals a return to some sort of normality for Premier Cricket after Covid forced us into a season of one-day games last year.

First grade has an exciting round two match-up against Western Suburbs at Pratten Park – a ground with some recent history as it was the venue where rain intervened and eliminated us from last season’s semis.

Fingers crossed I will have some play to discuss next week.

While we didn’t get on in first grade, our second, third and fourth grade teams all made strong starts to their respective campaigns.

Seconds kicked off the season with a convincing batting display against Gordon, posting 6-256 off their 50 overs.

Lachy Coyte (90) and Zachy Trewartha (57) combined for a 100-run opening stand and contributions from the other batters saw us notch up a challenging total.

However, rain intervened and Gordon took on our bowling attack, eventually winning on the DLS method. The pick of our bowlers Josh Wigney with 3-15 off 3.3 overs.

There was sunshine – literally – at Graham Reserve, both in the sky and steaming in from one end.

They helped dismiss the Stags for 112. Logan Weston (31) and skipper Sammy Hole (38*) combined with the all-rounder prowess of Boulton (27) to claim a bonus point victory in 18.2 overs.

Fours started the season with what I have no doubt will prove a pivotal six points come season’s end, given only two other games recorded a result across Sydney.

Hutchings backed up his wickets with an important 30 not out, which saw the boys over the line on the DLS.

Fifths ran into similar problems as us in regards to the weather and didn’t get a ball bowled.

Our women’s 2022/23 campaign ramps up next week with the official season launch on Tuesday night at Brookvale’s Seadrift Distillery before Sunday’s opening round.

Kua and opening partner Zara Shipp put on 52 from the opening six overs to get us off to a flyer and our bowlers did the rest to wrap up a convincing win.

Laura Judson was the pick of the bowlers (3-13 off 4), while keeper Letcher snared two quick stumpings in an outstanding performance.