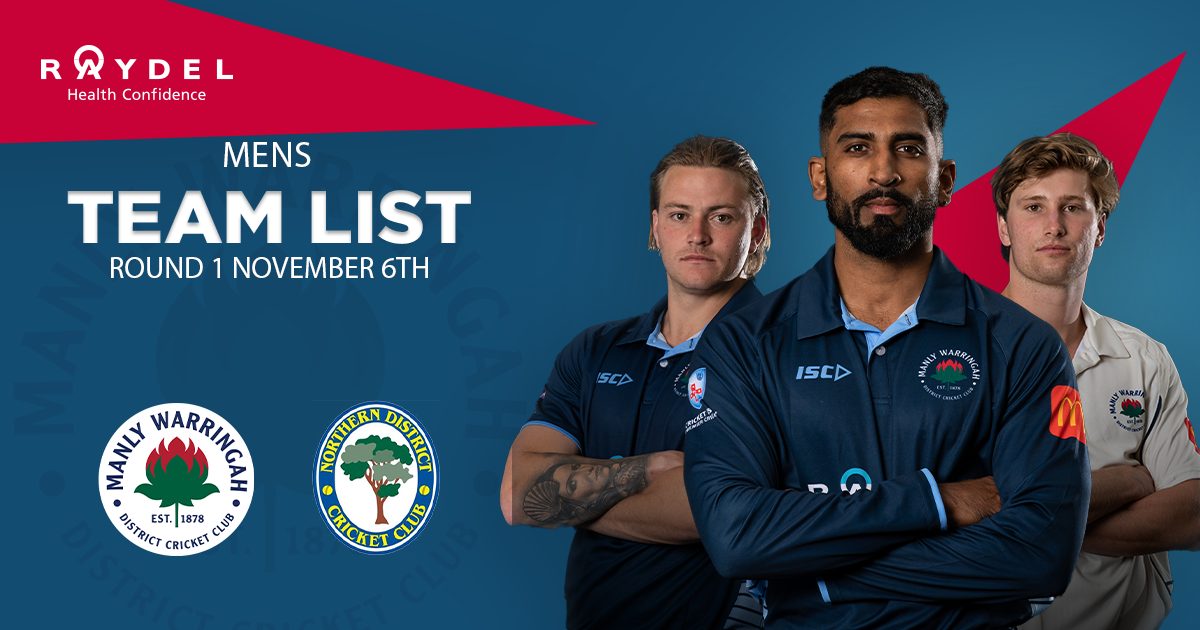 The Raydel Manly Warringah Waratahs have named sides for Men’s 1s and 2nd Grade, who begin their season this Saturday, with lower grades and women’s sides beginning in the next few weeks. Both grades face up against the reigning club championship holder Northern District’s, so there is sure to be some cracking cricket played this weekend.

1st grade skipper Lenton has picked a very strong side similar to last season’s grand final team. New fast bowler Greg West is set to make his debut for the tahs, while the experienced Ahillen Beadle returns to the side to boost the top order. Andrew Jamieson returns to the skipper role for second grade, after injury cut his last season short. 2s are also strengthened by the return of opening bat Logan Weston, who also missed the back end of last season due to injury.