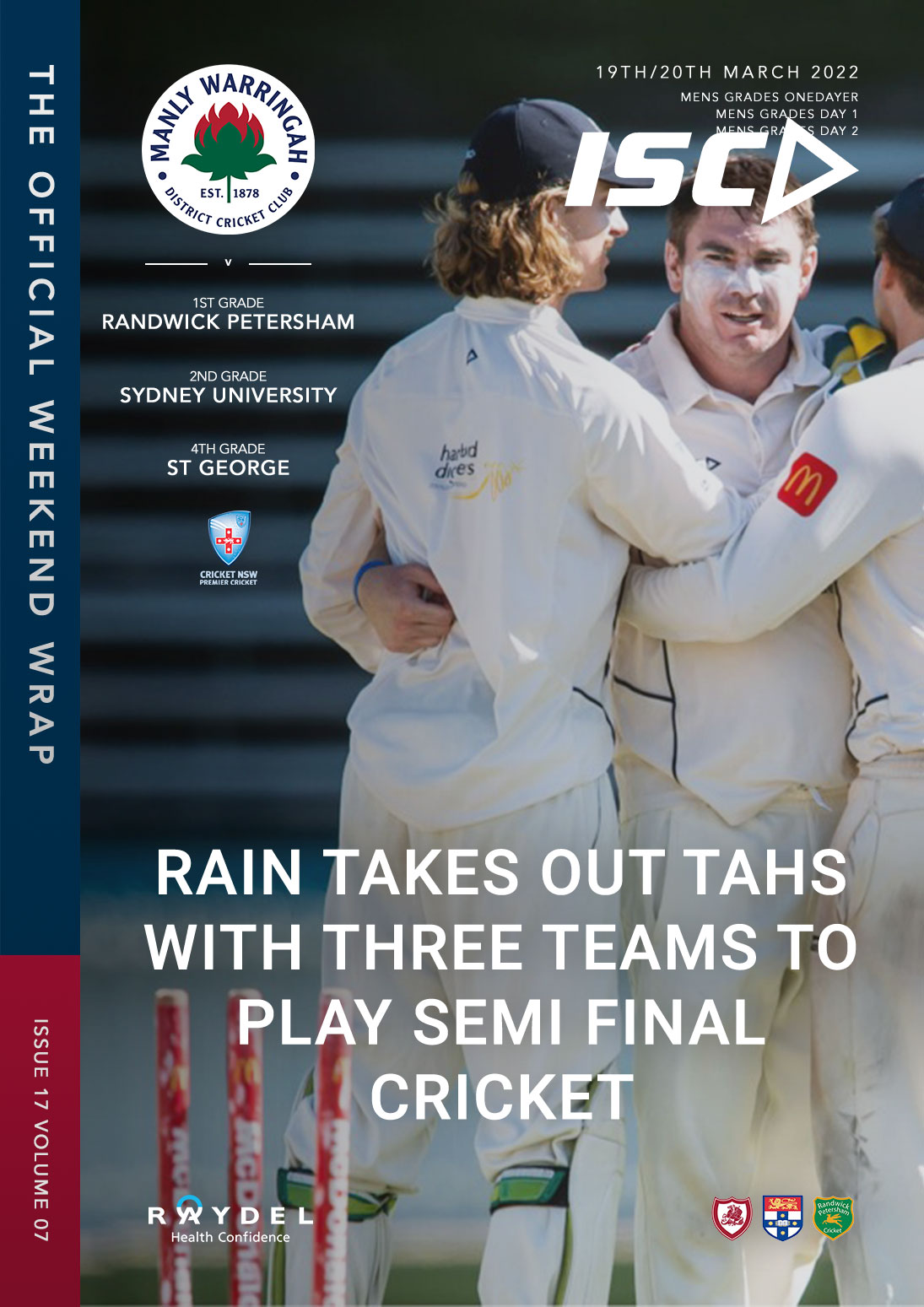 A wet day on Saturday in our Quest Events Play in the Day. Not a ball was bowled across the 5 finals games. Unfortunately there was no reserve day for W3s and as the lower ranked team we are knocked out. Such unfortunate circumstances. However the 4 Men’s sides are still on Sunday with a One-Dayer in M2s, M4s and M5s, and M1s looking for victory in their 2-day encounter #bleedblue

A mixed Quest Events Play in the Day for us on Sunday with 2 wins, 1 loss and 2 draws across our 5 finals matches. The 2 draws meant the end of our Brewers and M5s seasons after excellent campaigns. M2s and M4s had great wins thanks to quality all-round team efforts headed by @oscar_lucius and @logan_weston_143 with the bat and @parko00 and @joshwigney96 with the ball. M1s had a disappointing loss but live to fight another day as the highest ranked loser. All 3 grades progress to next weeks semi finals #bleedblue

To kickstart the finals edition of the prestigious @4 Pines Men’s Player of the Week, we have a Manly cricket character- in the unique, hip, and want-to-be Woodstock 69’ crowd member, Oscar Lucius. Oscar has been a stable and promising top order stick for a few years now, and throughout the season- has exhibited this on multiple occasions in fourth grade. When the bigger occasion rolled around, so did the infamous ‘Lush’, being a rock at the top of the order in steering the side to a defendable QF total of 184. Oscar finished with 54, anchoring one end in quite tough conditions against an experienced attack. Knocks like these in finals conditions from young cricketers is promising to see for the club, not only for the remainder of this season, but for high pressure cricket moving forward. As well as his tempo driven batting, Oscar has been a mainstay with the gloves in fourth grade, accompanying his solid top order batting. Once again, Oscar was right behind the pegs on the weekend, with a huge roll to play in the pursuit for silverware. Congratulations Oscar and Go Manly ! 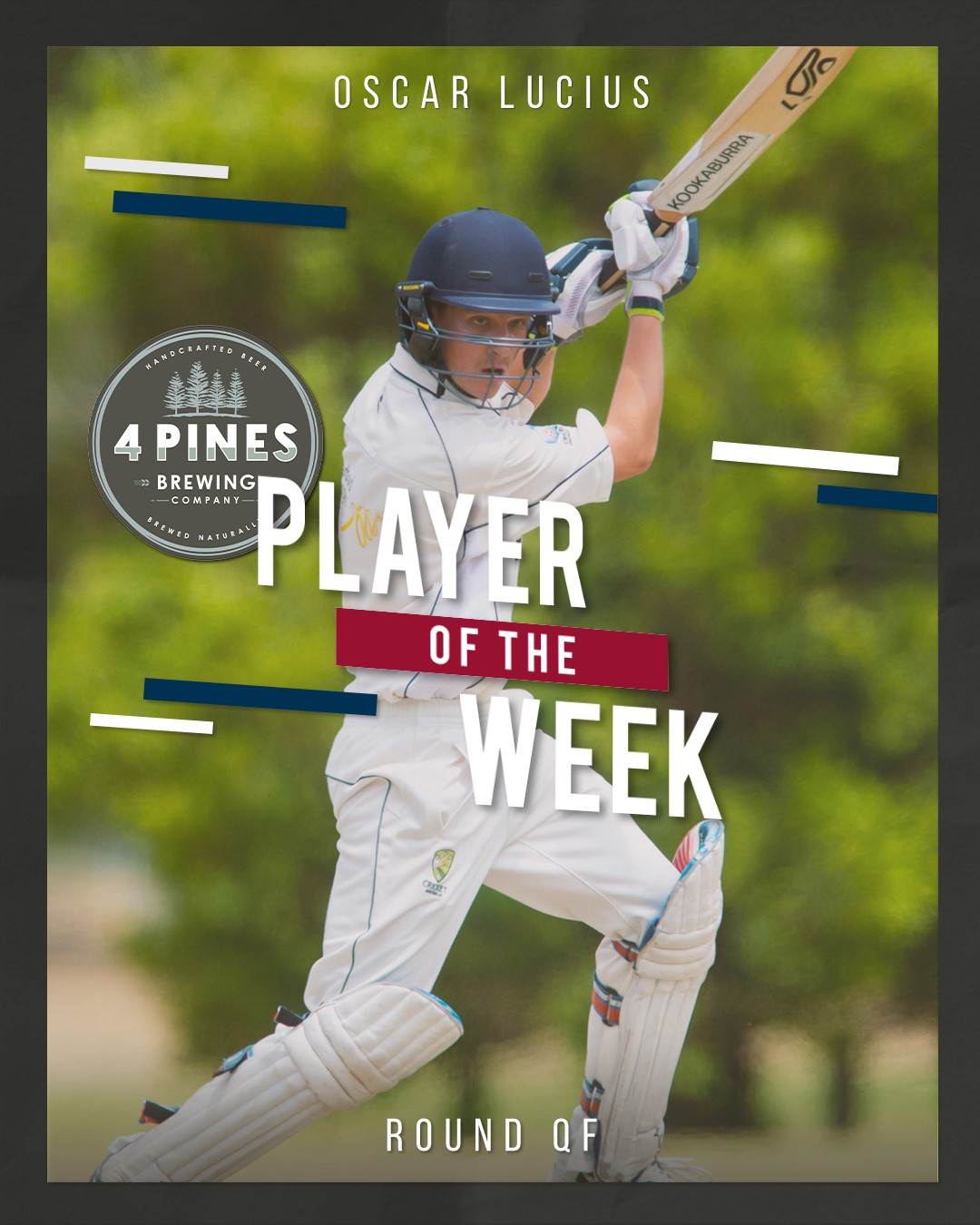 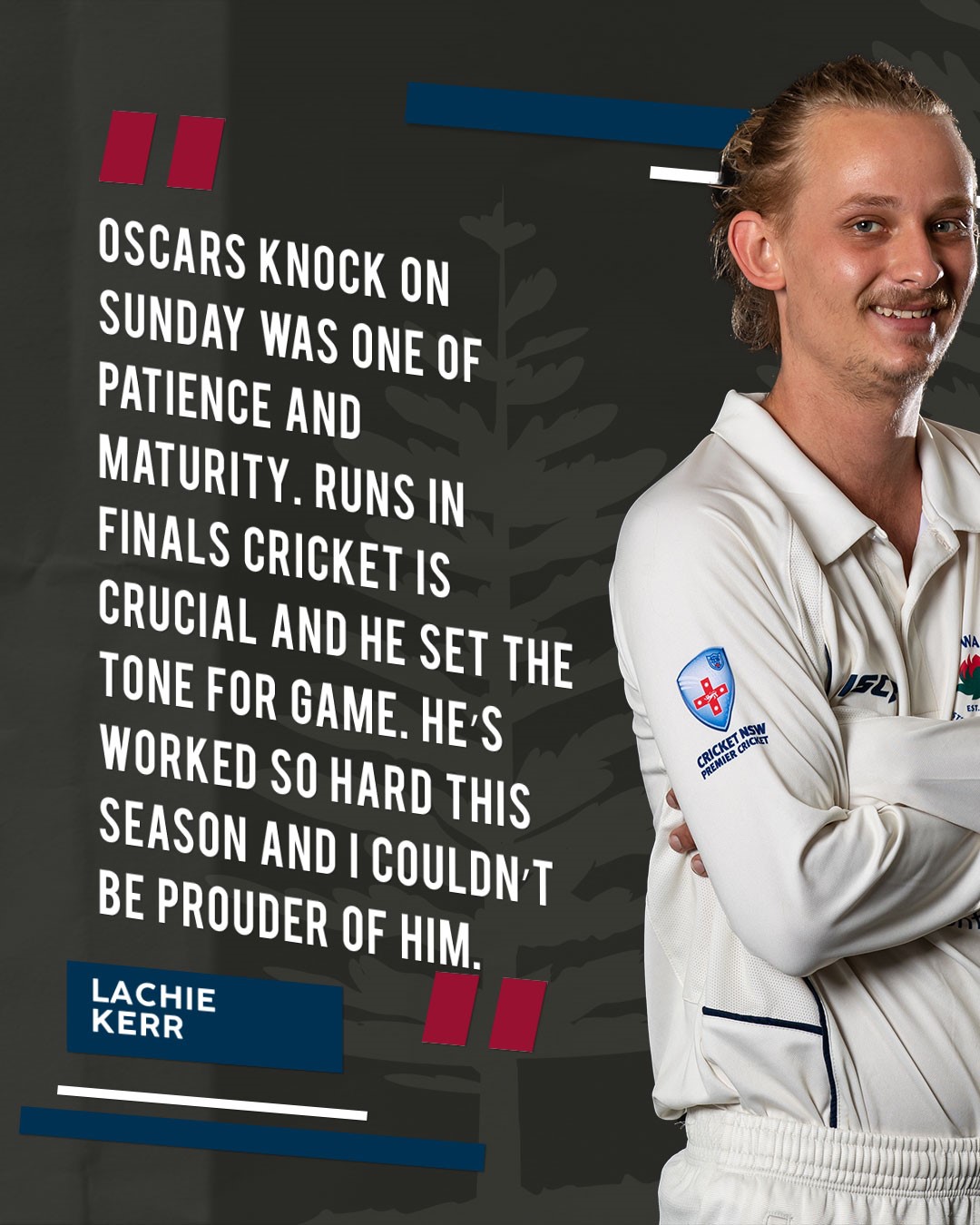 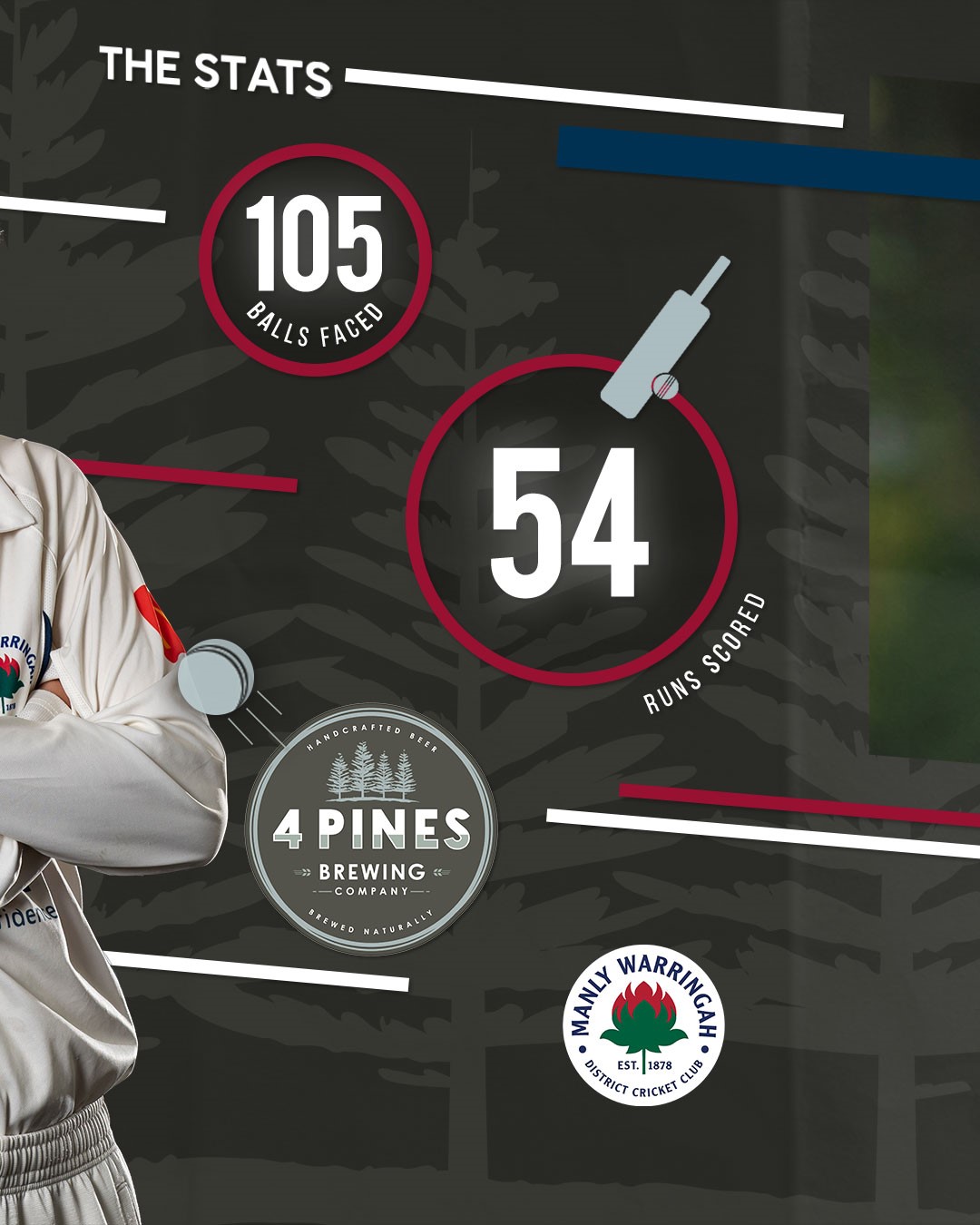 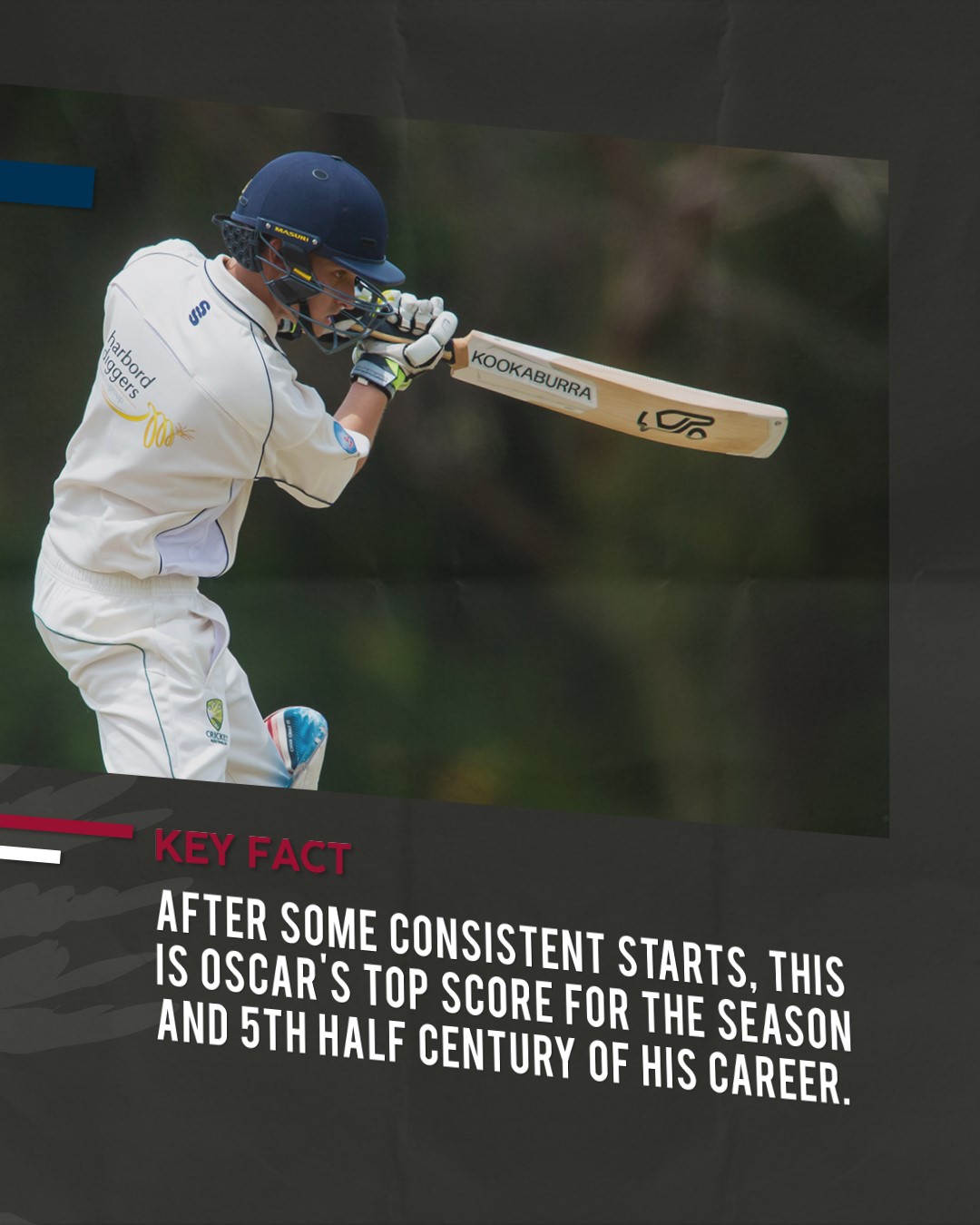 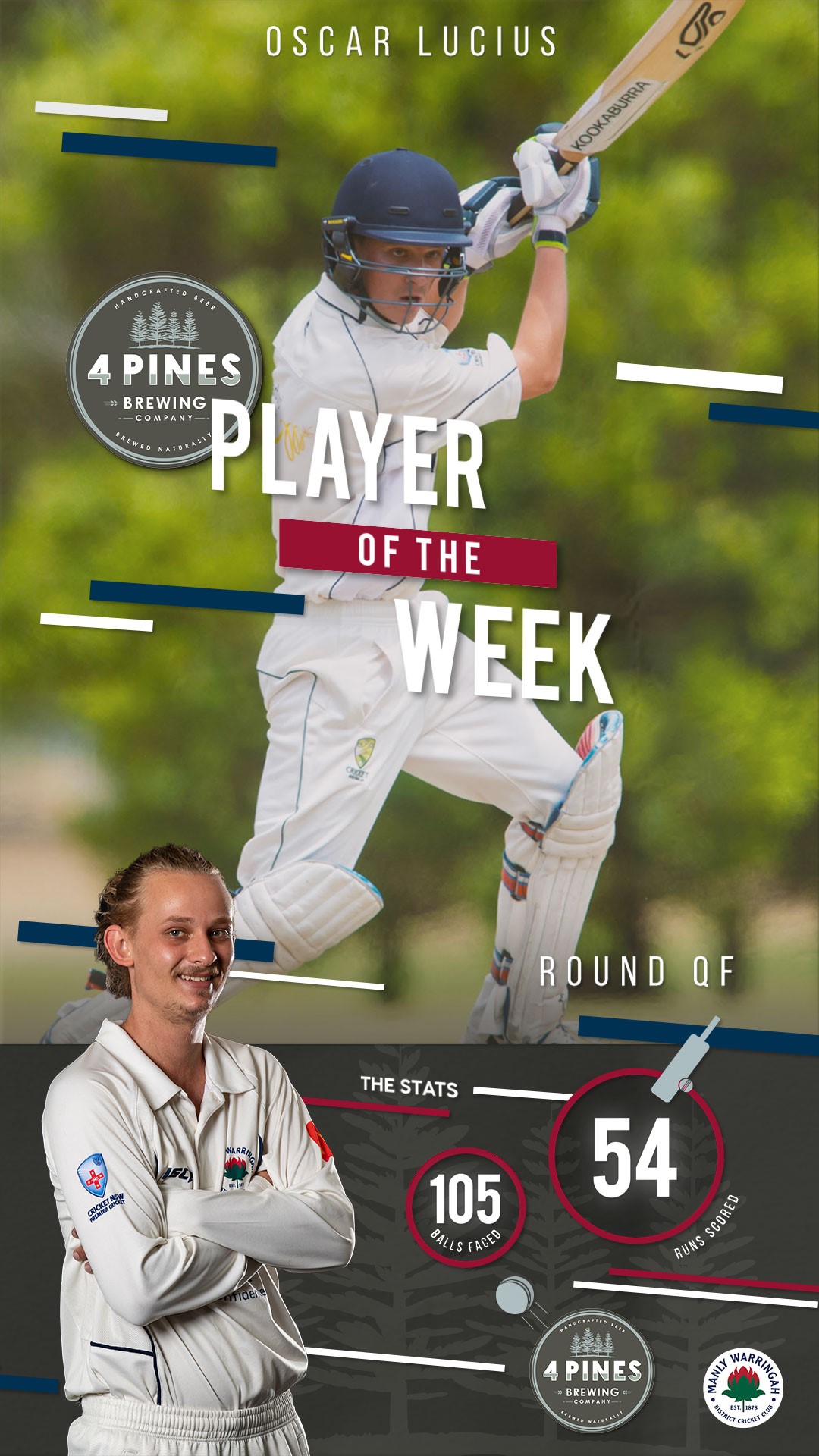 anly boys turned up on day two with no balls bowled on day one due to a wet outfield.

Randy Petes won the toss and chose to bowl. The wicket was far from ideal for batting with their opening bowlers using the most of the tacky wicket and regulation ball with a good display of seam bowling. Wickets were lost around the formidable AB (SCA team of the century member). Unfortunately there is not a lot of good to write about our batting innings, notwithstanding the terrific efforts from Heard (49) showing some fight late in the innings. We were eventually bowled out for 105.

The wicket had dried and flattened substantially when Randwick began their batting innings. Manly started confidentially with the ball, with two wickets in two balls taken by Edwards. From then, wickets fell with semi-regular occurrences. Unfortunately they were not taken regularly enough. Randwick passed our total 5 down.

Immense fight was shown in the bowling innings by all. Unfortunately, we did not have the runs to threaten the win. Onwards and upwards from here, going through to the semi final next week thanks to a Mosman win over St George.

he two’s boys arrived to Manly Oval on a slightly wet Saturday morning with the smell of finals cricket in the air. After finishing second we were rewarded with a home final, playing a quality Sydney University side.

With a few large puddles on the outfield and some scattered showers throughout the day, play was eventually called off at 1pm. 10 am start on Sunday.

We arrived on Sunday with a great vibe and ready to play some cricket. After a solid warm up skipper Jamieson won the toss and we were batting.

The plan was to bat deep to allowed for us to score 230+. Matt Brewster got us off to a flyer scoring 26 before he was caught down the leg side. Ned Hole and Jacob O’Sullivan we’re at the crease looking to take the game on before Ned was dismissed by one of the better catches we’ve seen this year.

We started the bowling innings with one of the Sydney Uni batsmen playing a few shots and dispatching our bad ball. Josh Seward then came on and picked up a wicket with his first ball. From there Seward took another wicket in his spell and Uni were 2-50. At 2-79 Jamieson took a great caught and bowled, from there we squeezed the Uni batsmen out of the game. Sam Gainsford bowling one of the better one day cricket spells, finishing with 0-13 off his 10.

At the other end old ball specialist Josh Wigney took 3-4 off 3.3 and including a run out. That put the game to bed and we won by 100 runs. Very convincing in a quarter final.

Special mention to Jacob O’Sullivan for taking one of the best catches we’ve ever seen. Running back over he’s head and diving full length at point! Unbelievable!

Onto the semi final against Sutherland at Manly Oval. 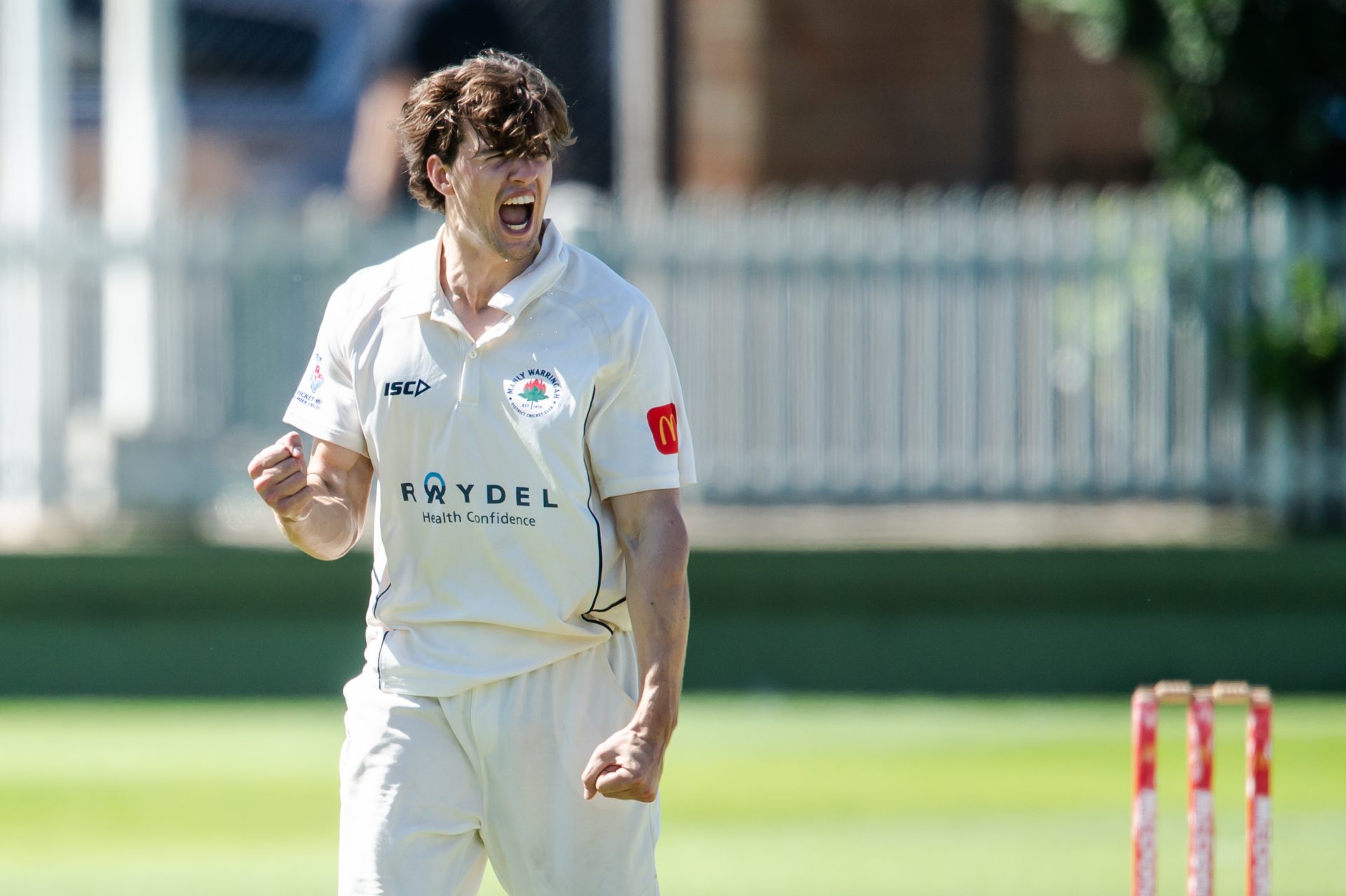 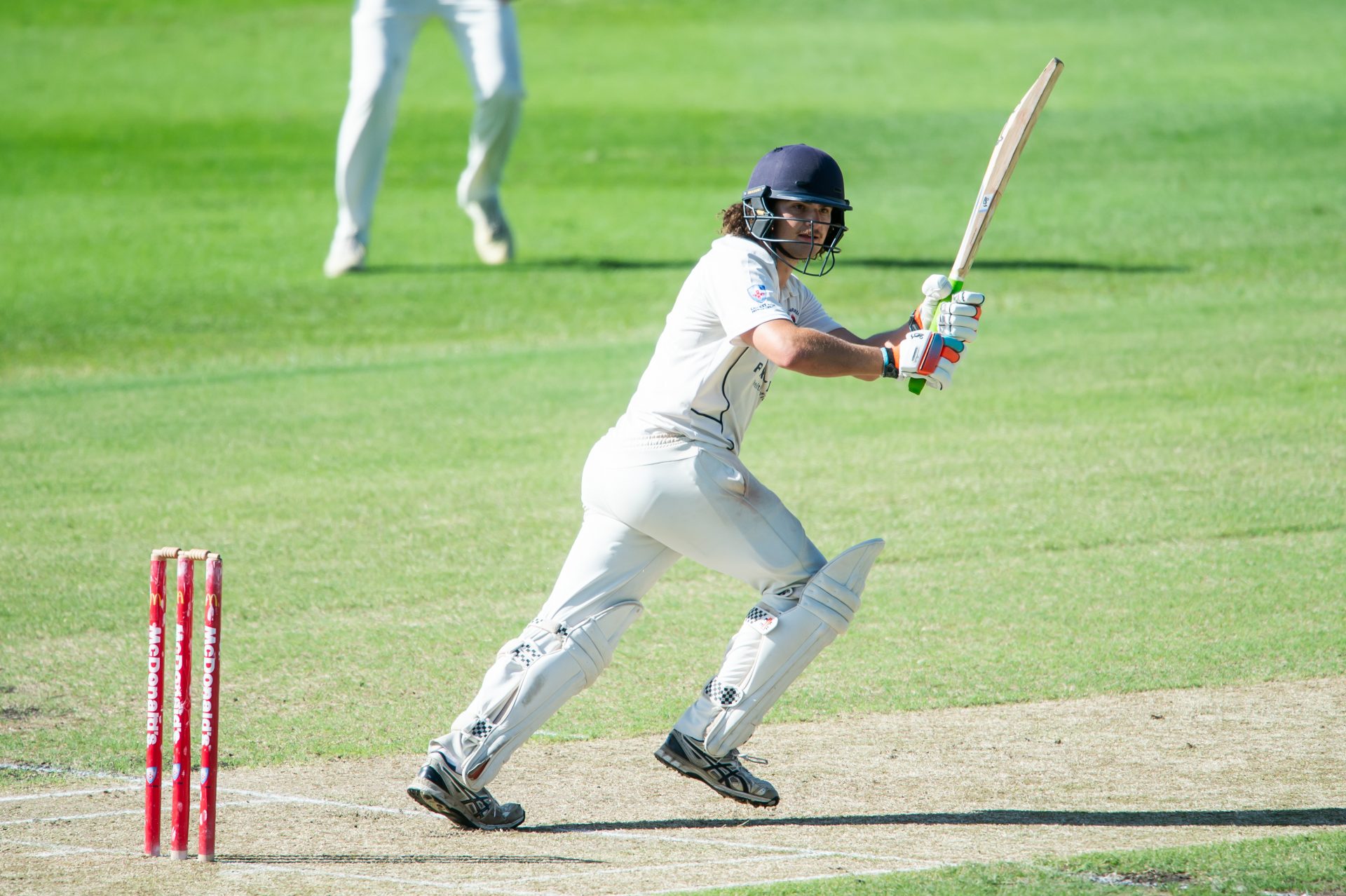 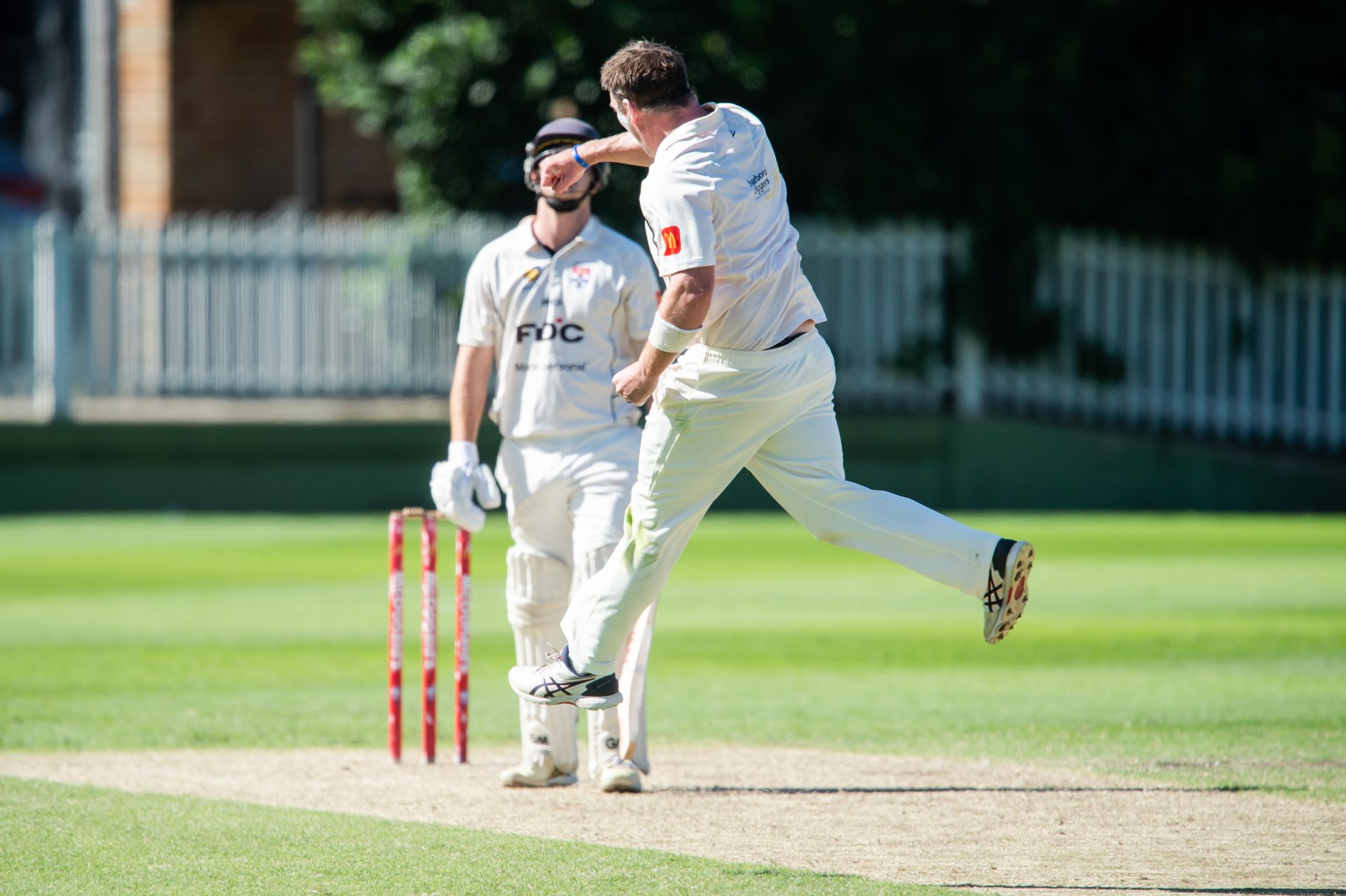 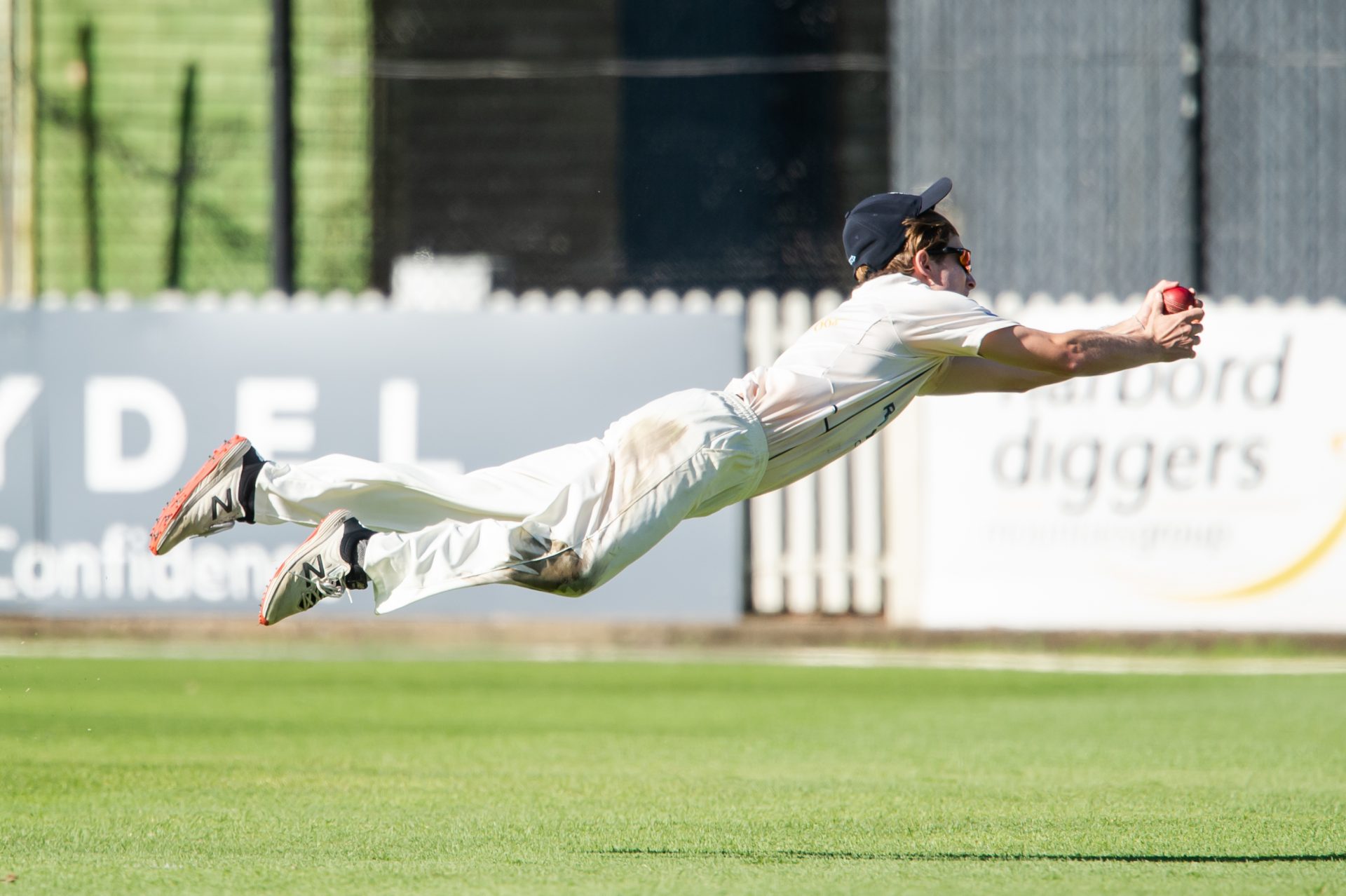 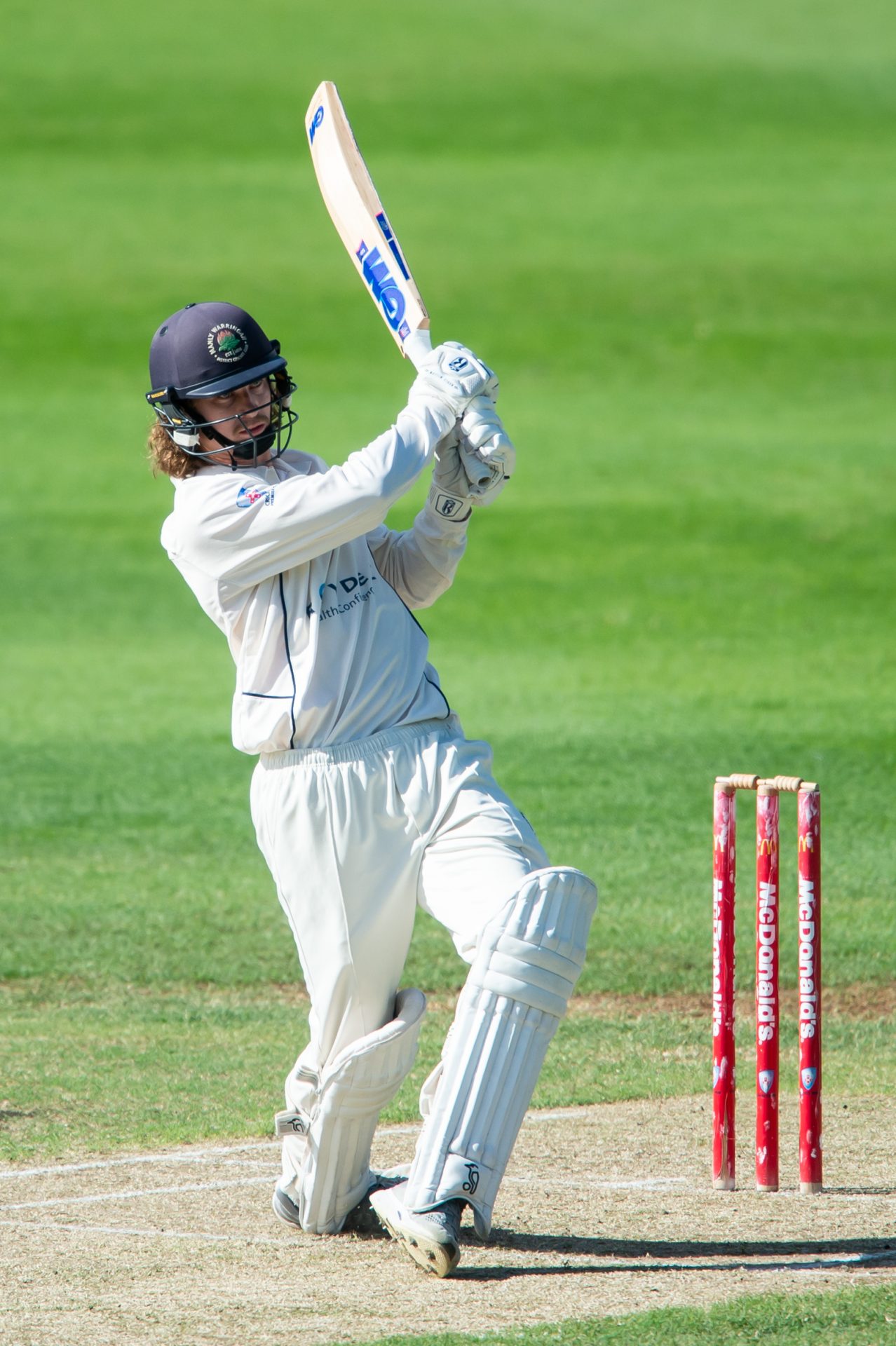 Saturday: 4s turned up to a rather moist Hurstville oval with full expectations of playing even though the Georges river area had been hit hard with 25mm of rain the night before. It may have been have been abit ambitious to think we were going to play, but that wouldn’t stop us from making the effort for try and get the ground ready. A few unclogged drains surrounding the perimeter of the field, hours of super sopping and the covers going on and off for what felt like 25 times, the 2 Captains shook hands and agreed to a 50/50 over Day on Sunday. Following our team talk we were greeted by the rather shocking news that our Captain Rochy was on a flight to Indonesia on Sunday to save the world ,meaning Adam ‘Parko’ Parkinson would stand in as captain and Oli Melville would join the group.

Sunday: Distractions aside the boys rallied bright and early to Hurstville with 1 task at hand. With our season on the line, we had nothing to loose. No second chances, we had to win.
Parko lost the toss and we were sent in on what could only be compared to the M5 that we took to get out there. Yes… we were going to bowl given the rain around. But we didn’t Care, and boy did Oscar and Brynn Show it.

Putting on 85 for the first wicket, they set the tone for the whole match. Brynn Batted well for 35 and Oscar for 54. Although it would’ve been nice to see one of them Kick on for a big one, it was a really solid start to the innings. Something 4s have been searching for all year and the boys delivered when we needed it most. Starts throughout the middle order kept the scoreboard ticking before a mini collapse towards the end almost had us done a dusted in the 46th Over. Josh cooper put his hand up once again and with the help of Jack Hobson they steered the innings home. In Hindsight that innings from josh was probably the difference. Not only from a Mathematical point of view but Momentum wise too. Batting the 50 has been a huge target in 4s all year and Josh showed us a small glimpse of the cricketer he has grown to become over the last few years.

Runs on the board in a finals cricket is like gold. The Bowling group had clear plans with standards set throughout the year and we were confident we would meet them regardless of what obstacles may arise in the 50 overs.

Jack Hobson and Liam Dinan started proceedings and my goodness did they start well. The Pair restricted the St George openers to just 13 Runs off the opening 12 overs. Jack at one point had 5 overs 0/0. The Run Rate went from 3.5 to 4.5 an over in the blink of and eye. Stick to plans they did and it allowed Lachie Kerr to bowl his naturally aggressive way with a free Mind. Lachie opened up the Tahs account with an LBW and then a run out with the help of Liam Dinan at the non strikers end. Dino Bagged one himself one to have St George in a spot of bother at 3-44. A well deserved wicket in his 10th Straight over.

Oli Came on following Dino and Tied down an end Superbly. He allowed Parko at the other end to work his magic. Parko broke a 60 run partnership halting any momentum St George had. Just when all of us youngsters thought his shoulder would only let him underarm the ball for the rest of his life . A few overs later , Parko with one stump to hit at , runs out St George’s most dangerous batsmen. Maybe it did actually happened in slow Mo,  I don’t know but at that point there was a feeling within the group that we could only loose to ourselves. Parko Finished with 3/23 and Coops backed it up with the ball (7.3 — 2/28) . Fielding was on point. Special mention to Lachlan Charles getting his first ever runout. A true Team effort but a Special mention to Jack and Liam at the start essentially turning a 50 over innings into a 40 over innings.

Proud of the efforts we produced but by no means is it done. The comp starts again on Saturday. New Team, New challenge and the boys are ready to rip in.

A Special Mention to Willy G and Roy. They gave up there weekends to be with us. Roy scoring all day on Sunday. Something we don’t take for Granted and are super appreciative of as always.