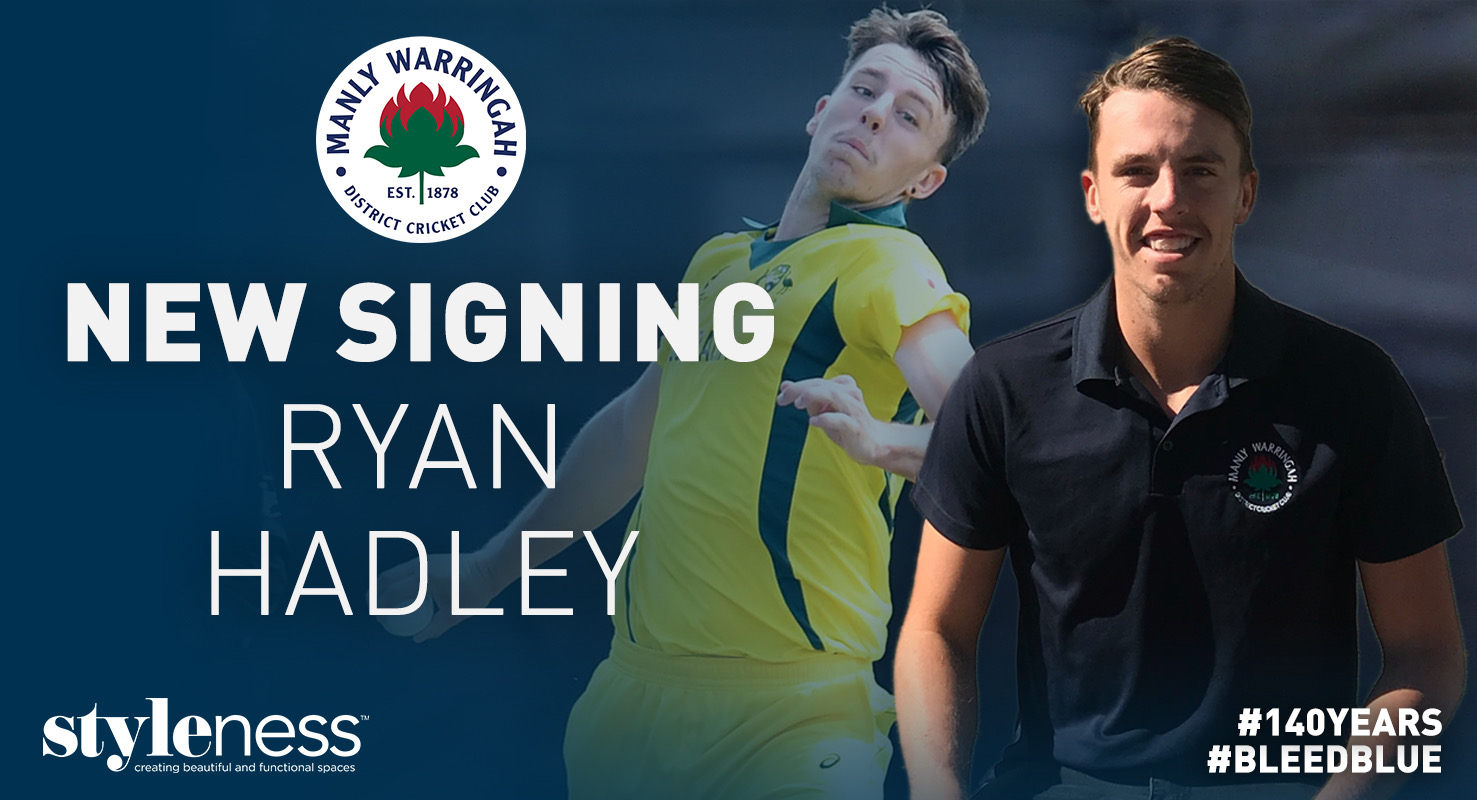 Ryan has come through the Cricket Australia junior pathway program, representing NSW U/17s and U/19s metro before going on to lead the Australian U/19 attack in last year’s World Cup in NZ.

His performances in the World Cup convinced NSW selectors to reward him with a NSW rookie contract.

Hadley is a tough competitor who bowls at 135km+ an hour and gets good bounce from his 6 foot 6 frame.

He plays his cricket in uncompromising manner, but is also a young man of good character which is what we are looking for at the Manly Warringah Waratahs.

Now out of the junior pathway system, this year will be his first full year on the grade scene without any junior pathway distractions, and he is looking to get a full, battle hardened year of grade cricket while pushing to play first class cricket.

Hadley said he was looking forward linking up with the Tahs this season.

“I’m really happy to be joining Manly this year. It’s obviously a big move for me but something that I’m excited about.”

“I’m good mates with Jack Edwards, Joel Foster and a few others and they have nothing but great things to say.”

“I’m really looking forward to working with Jay Lenton as well. He’s got a lot of cricket experience and is someone I’m excited to be led by.”

“It’s also a great place to play cricket on a Saturday so it should be a great season.”

Ryan is spending the winter coming at the National Cricket Centre in Brisbane alongside fellow up and coming cricketers across the nation. He will be back full time in Sydney in September when he will be start to get together with the team.

His acquisition adds great depth to our bowling stocks for the coming and future seasons. We now have a core group of fast bowlers playing first grade, as well as those playing 2nd grade that are looking to push into the top grade, that are going to be the heart of our attack for years to come.

Ryan will play a heavy role in this, using his experience to help the younger bowlers in the club while also helping our first grade side compete at the top end of the ladder.

Please join us in welcoming Ryan to the club.