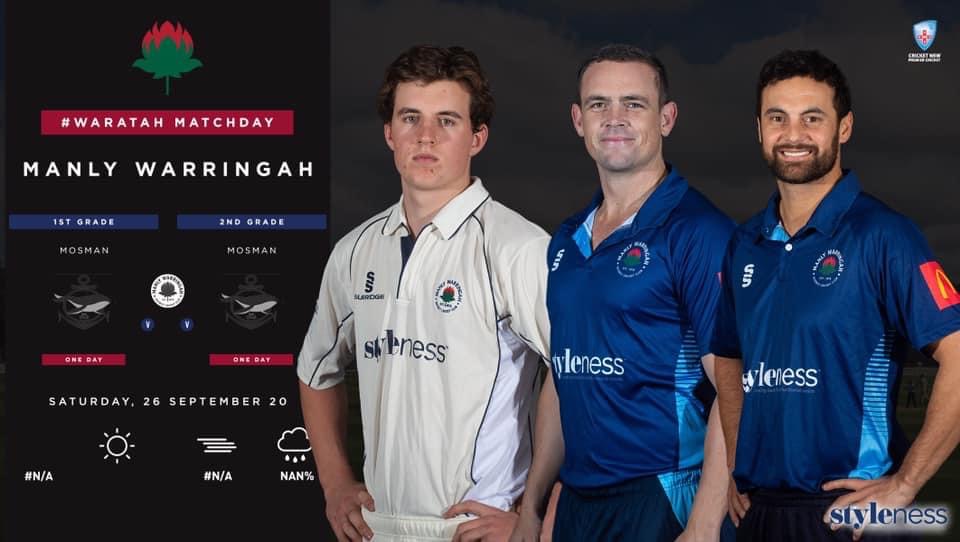 The Styleness Manly Warringah Waratahs have named teams for the Round 1 clash with Mosman as a very different 2020/21 season gets underway.

With grounds around Sydney still being taken up by Winter sports, only the Men’s 1st Grade and 2nd Grade will be starting at the normal time of the season, meaning a very different beginning to the coming summer of cricket.

It’s been a tricky pre-season and the team selections for Round 1 were no different with same late minute withdrawls from CNSW for Hadley and Edwards due to load issues.

But that has just given an opportunity to Andrew Jamieson and Andrew Hicks to make their long awaited debuts. Along with Ben Bryant making his club debut in 1st Grade, it will be a special day at Allan Border Oval.

2nd Grade have named a string side with Ahillen Beadle being named to make his return from off-season injury, while young fast bowler Josh Seward gets his chance after some impressive displays over the last few seasons.