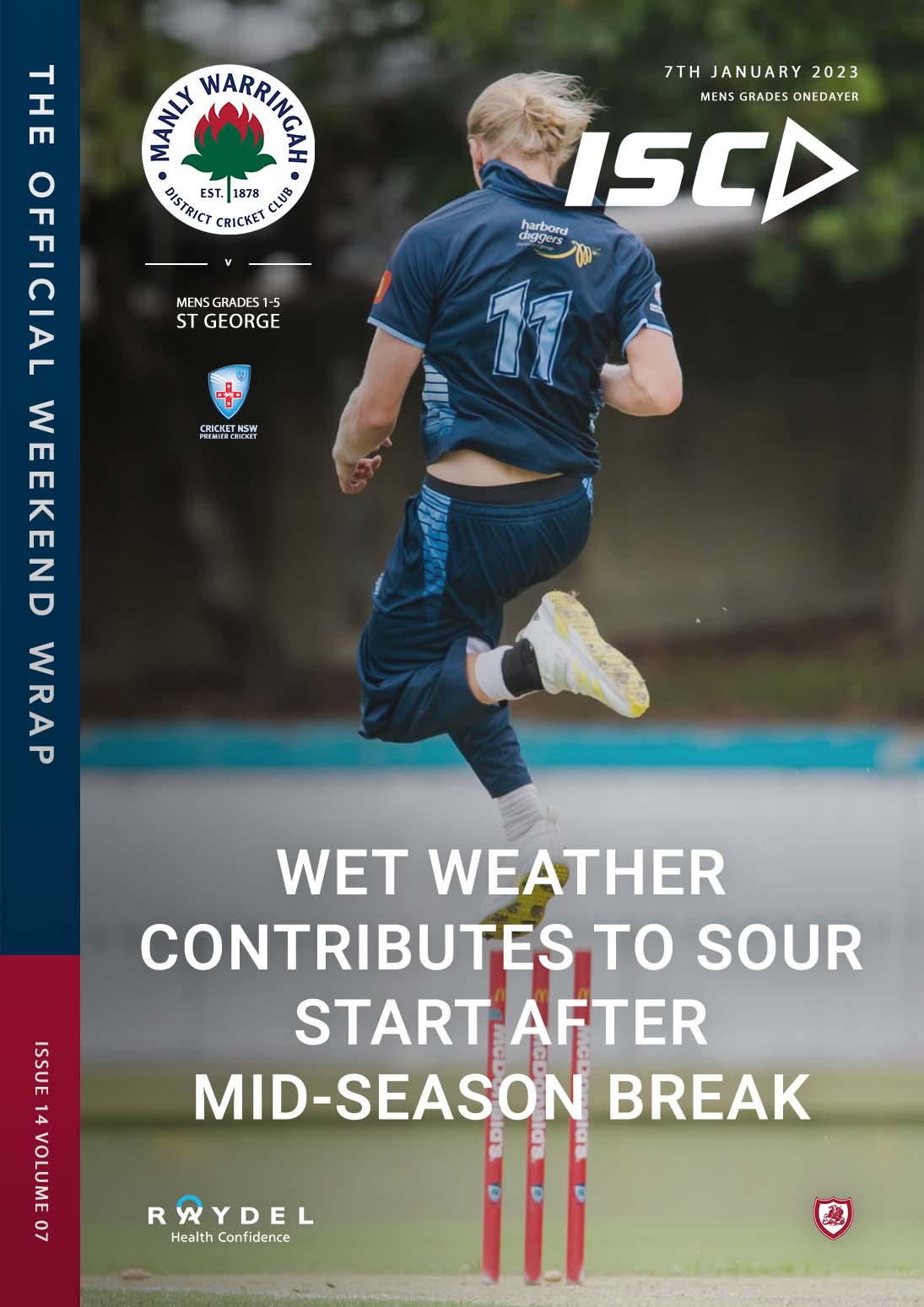 A weekend to forget for the Manly Warringah Waratahs. Rain made no play possible in M2s, M4s and M5s, while we went down easily in M3s and by a small margin in M1s.

M3s were quite disappointing with some wild bowling to begin the St George innings on a pitch conducive to seam bowling, and then some poor batting resulting in St George handing us our biggest loss of the season so far.

M1s however fought hard and could have took a victory away had a few things gone our way. Jack Edwards half century off 26 balls at the beginning of the innings had to be seen to be believed.

The Tahs still sit at the top of the Club Championship in the Men, and take on Sutherland next weekend in another One-dayer.

The Women return from the break next weekend.

4 Pines Male Player of the Week

Mickey Edwards wins this weekends 4 Pines Player of the Week for his magnificent spell of fast bowling that almost gave M1s a famous victory. The pitch had a little bit of spice in it and Mickey took full advantage of it. He was too quick on occasions.

Mickey has been back fully fit for the last 12 months or so and it’s really starting to show. He can bowl fast for long periods of time and is always a threat to any batter at any level. 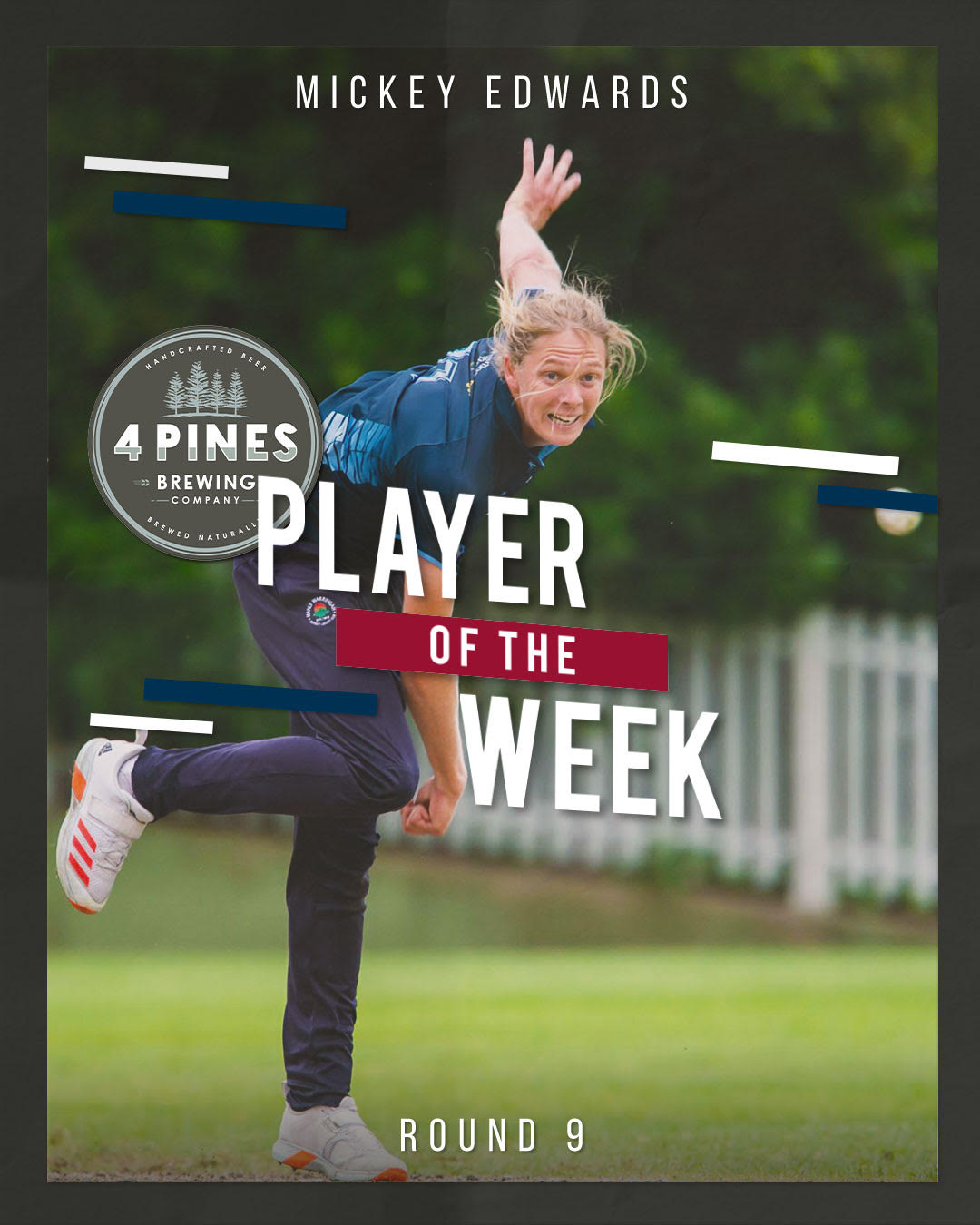 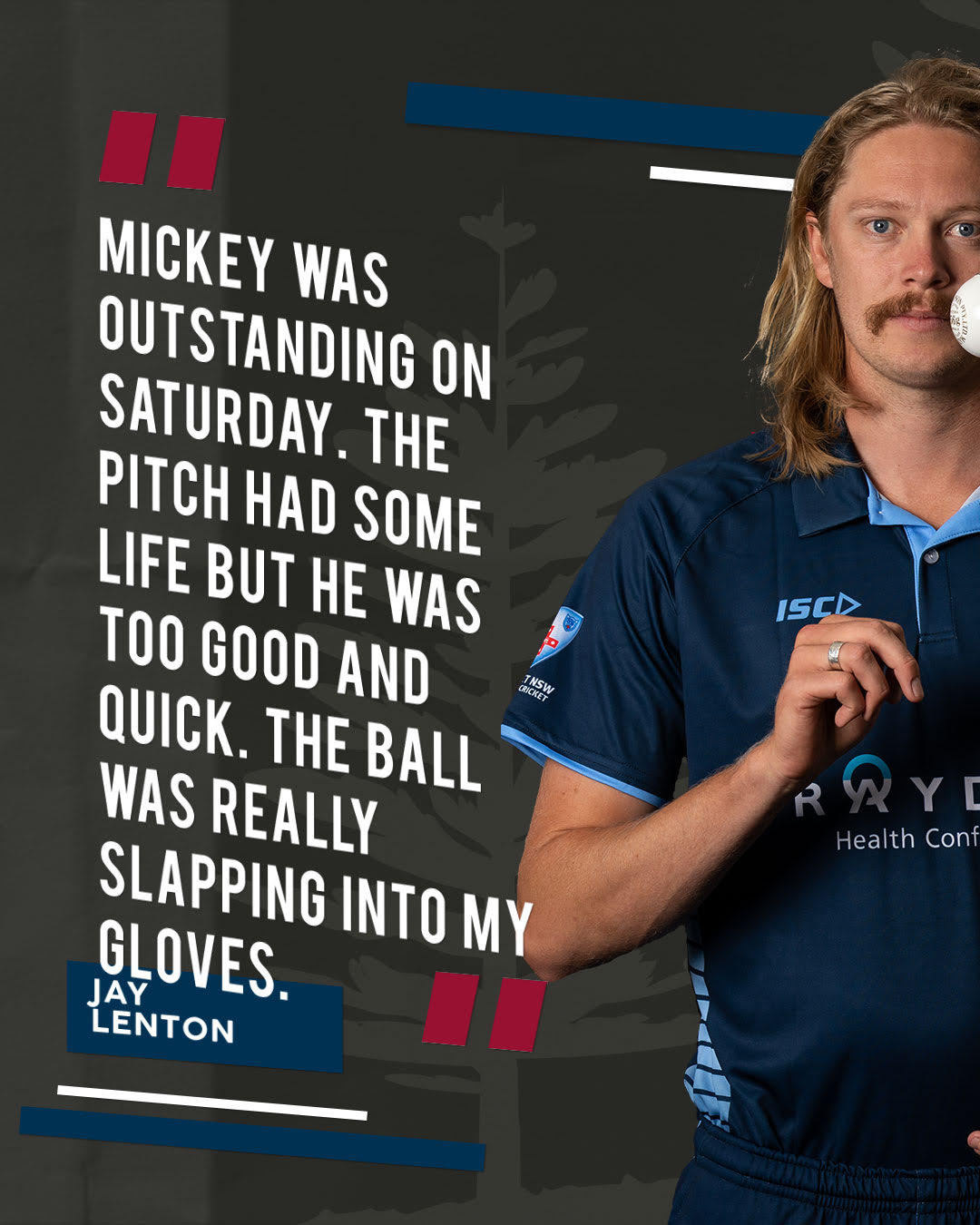 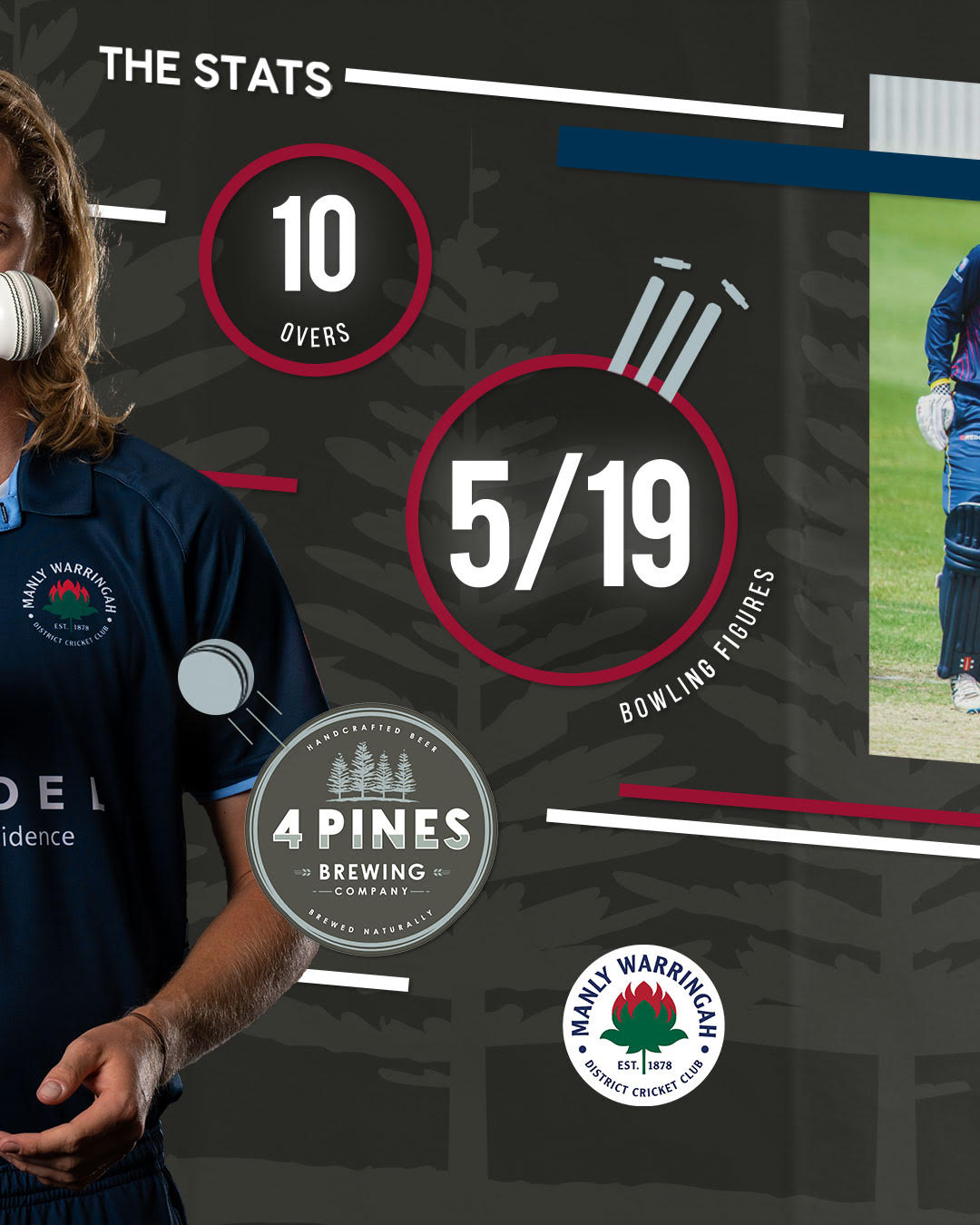 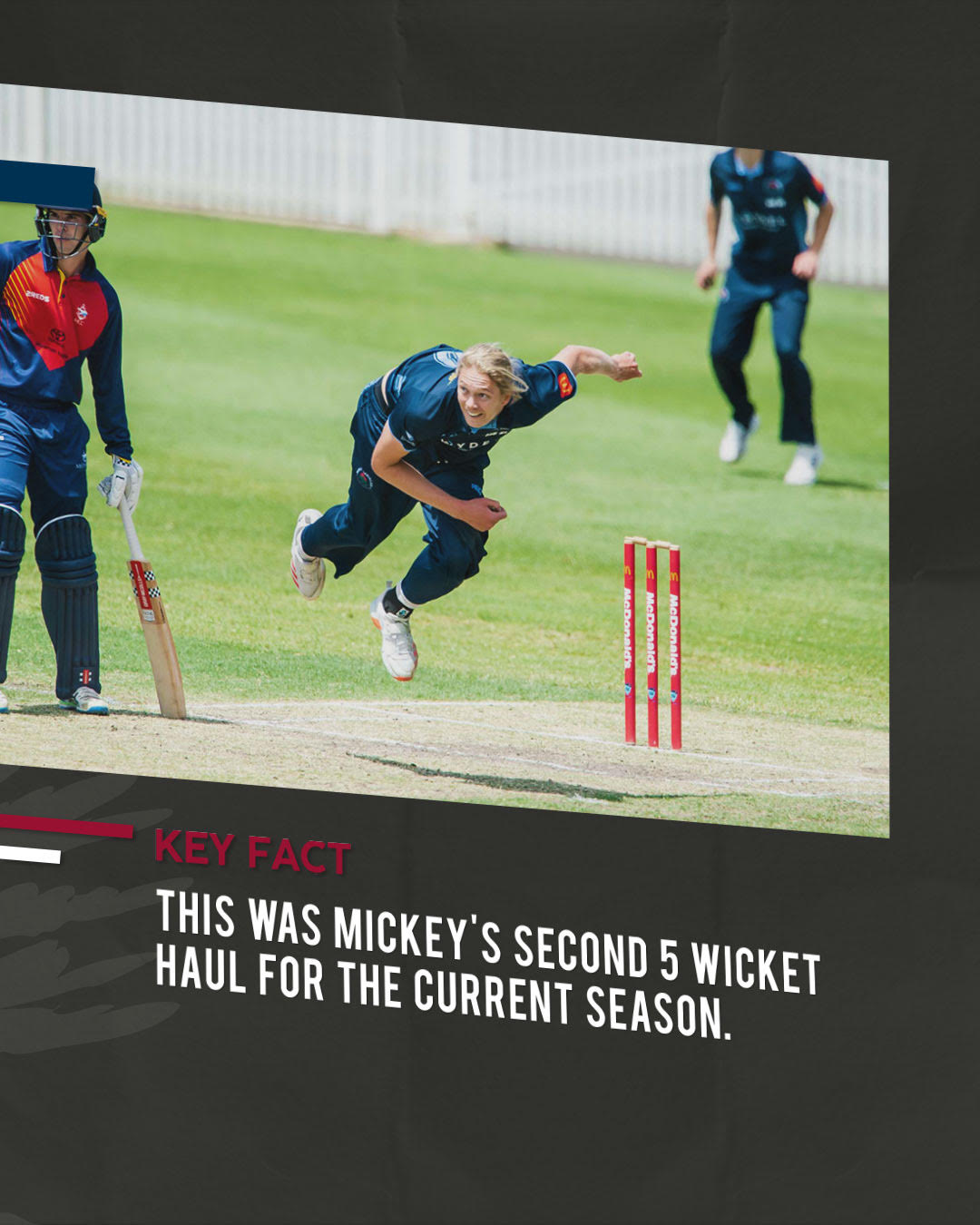 After a strong start to the season the manly boys were keen to get back into the new year after a
few weeks off. On an overcast day and green wicket the Tahs were sent in to bad and straight away

Jack Edwards showed his class, depositing the St George opening bowlers to all parts of the ground.
In a low scoring affair Edwards’ 57 off 29 (4 fours, 6 sixes) in attacking fashion proved to be the
successful approach. Ahillen Beadle also looked very good at the start of his innings before coping a
brutal blow to the head which led to him being concussion subbed my Ned Hole.
Birthday boy Jacob O’Sullivan showed great intent, putting the pressure back on the bowlers for his
22. Unfortunately, the Manly boys struggled to build partnerships and were bowled out for 126 in
the 28th over.

After seeing how the wicket played and the high class of our bowling attack, we knew we were in
with a chance. Mickey Edwards started off proceedings with a wicket in the second over to get the
ball rolling and from there he continued to show his class. Ending up on 5 for 19 off 10 Mickey
proved once again his first-class skills and why he is a level above. Greatly supported by Jack (2 for
30 off 10) and Hads (0 for 25 off 10) we were able to give ourselves a chance.

Unfortunately a few missed opportunities in the field for the Tahs and St George being able to build
the partnerships with the bat that we lacked, enabled them to get across the line. MacDonald being
the difference for St George grinding out for 50 off 88. Still a long way to go in the season and the
Tahs still with plenty momentum after a strong start including a few outright wins will keep us with
our heads high and ready to go for the remainder of the season. 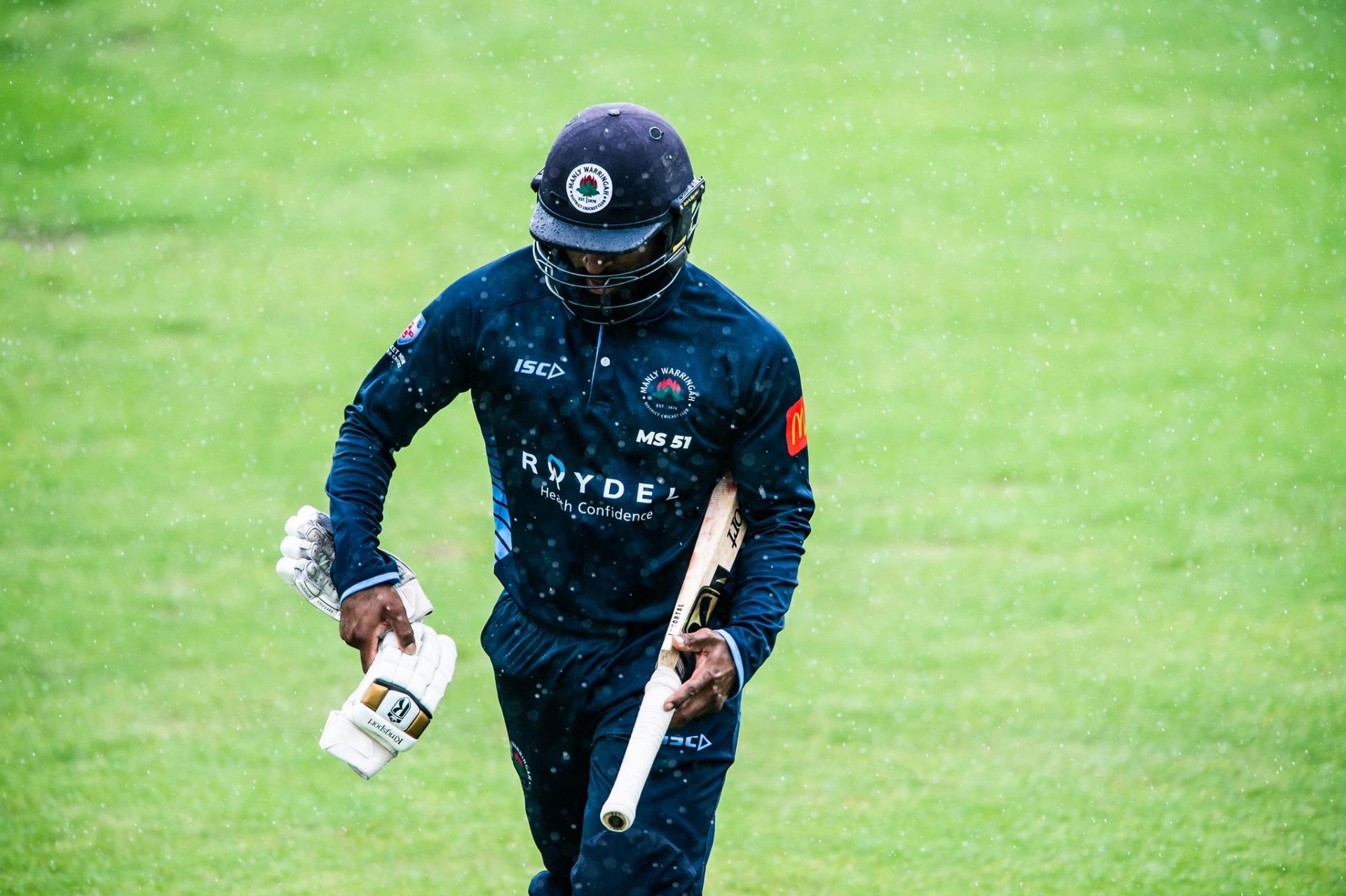 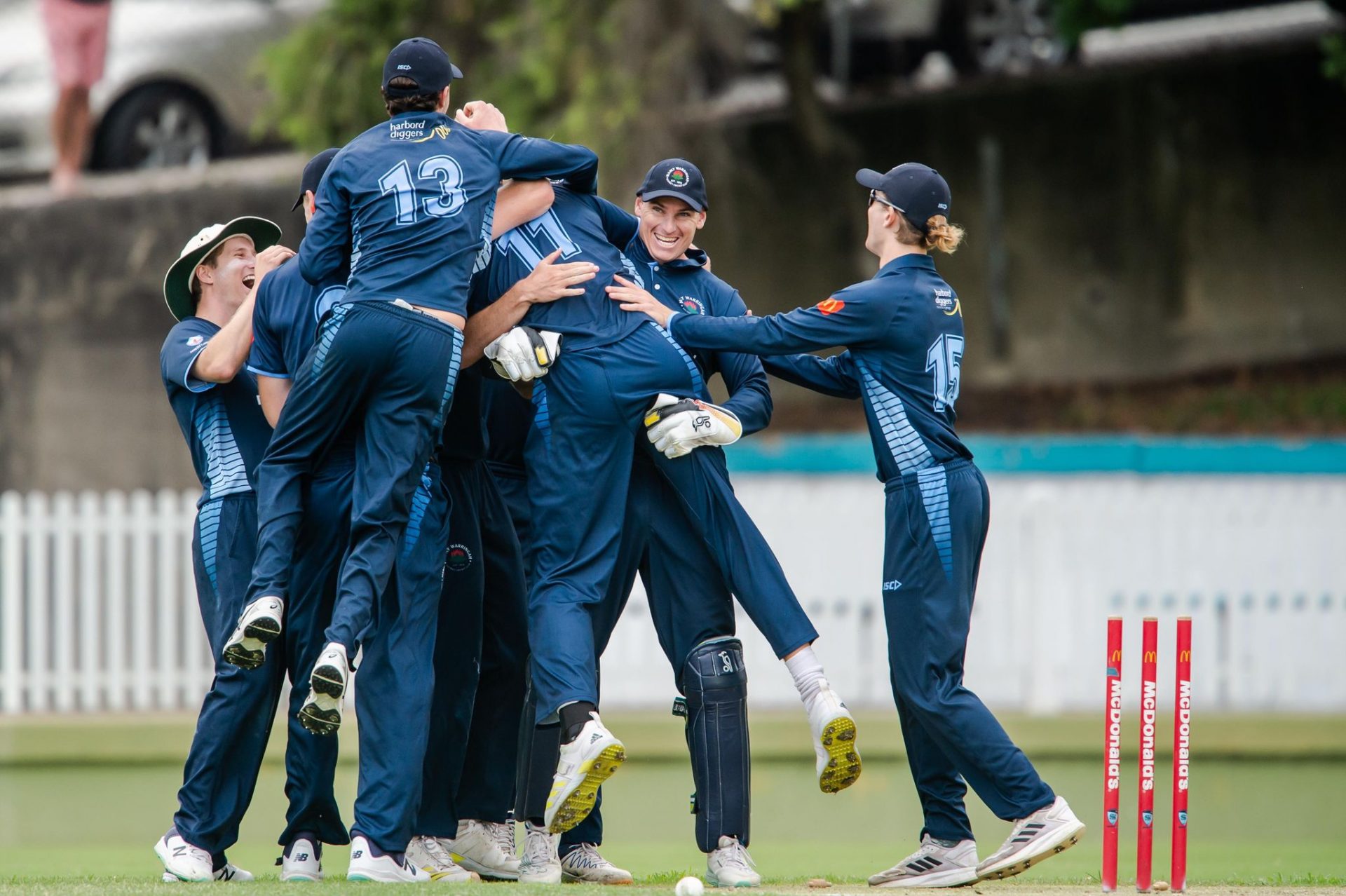 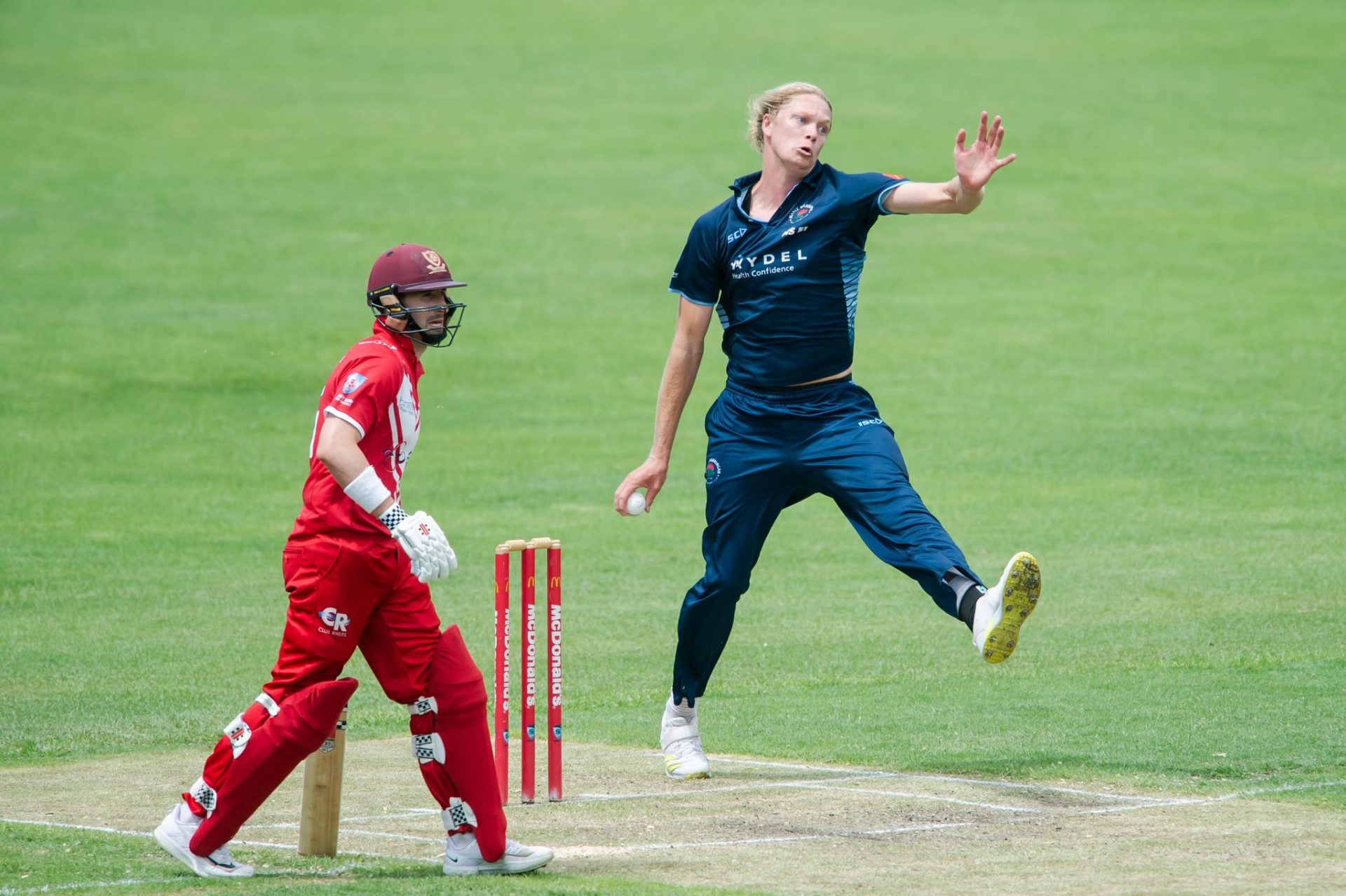 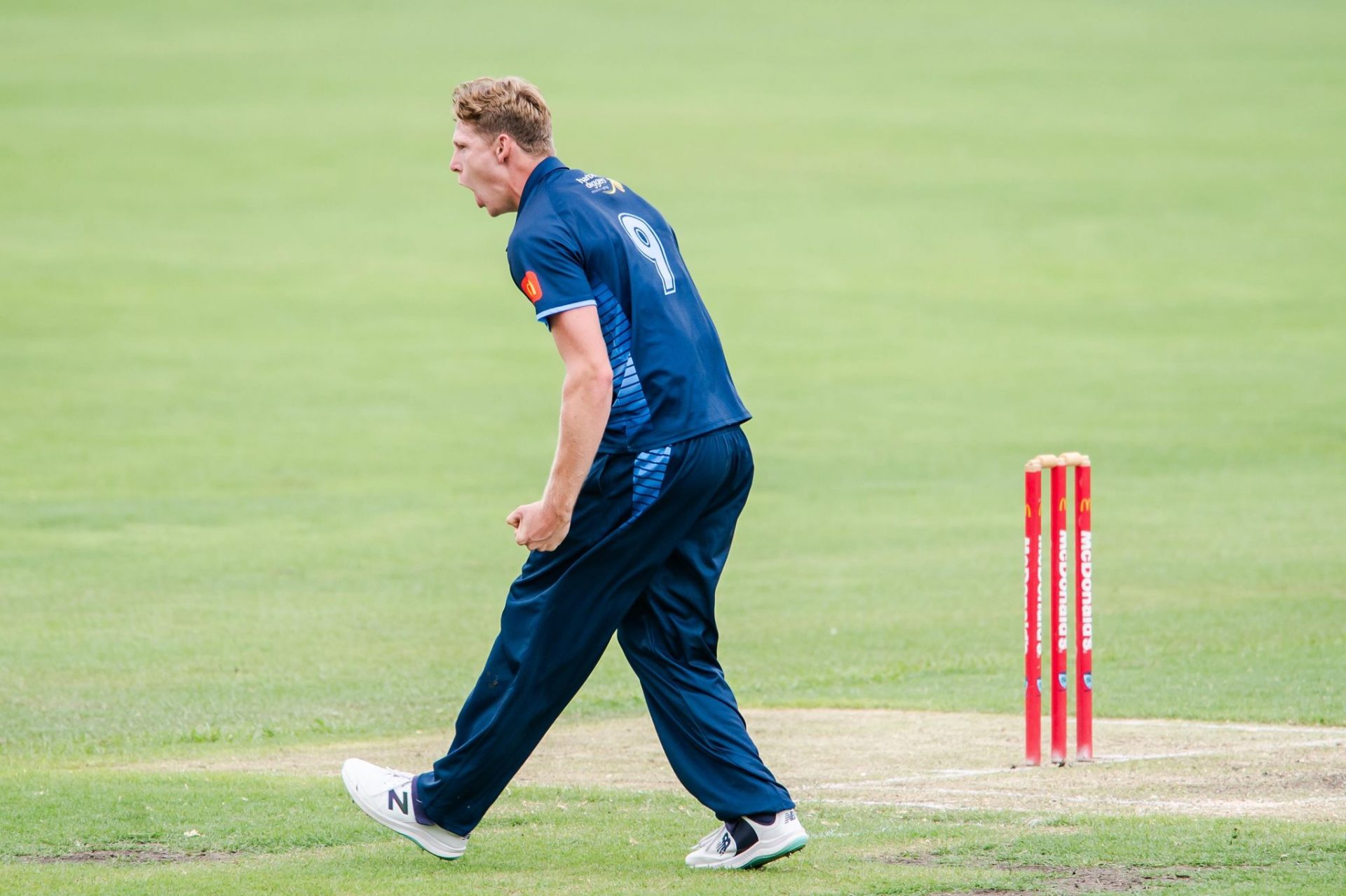 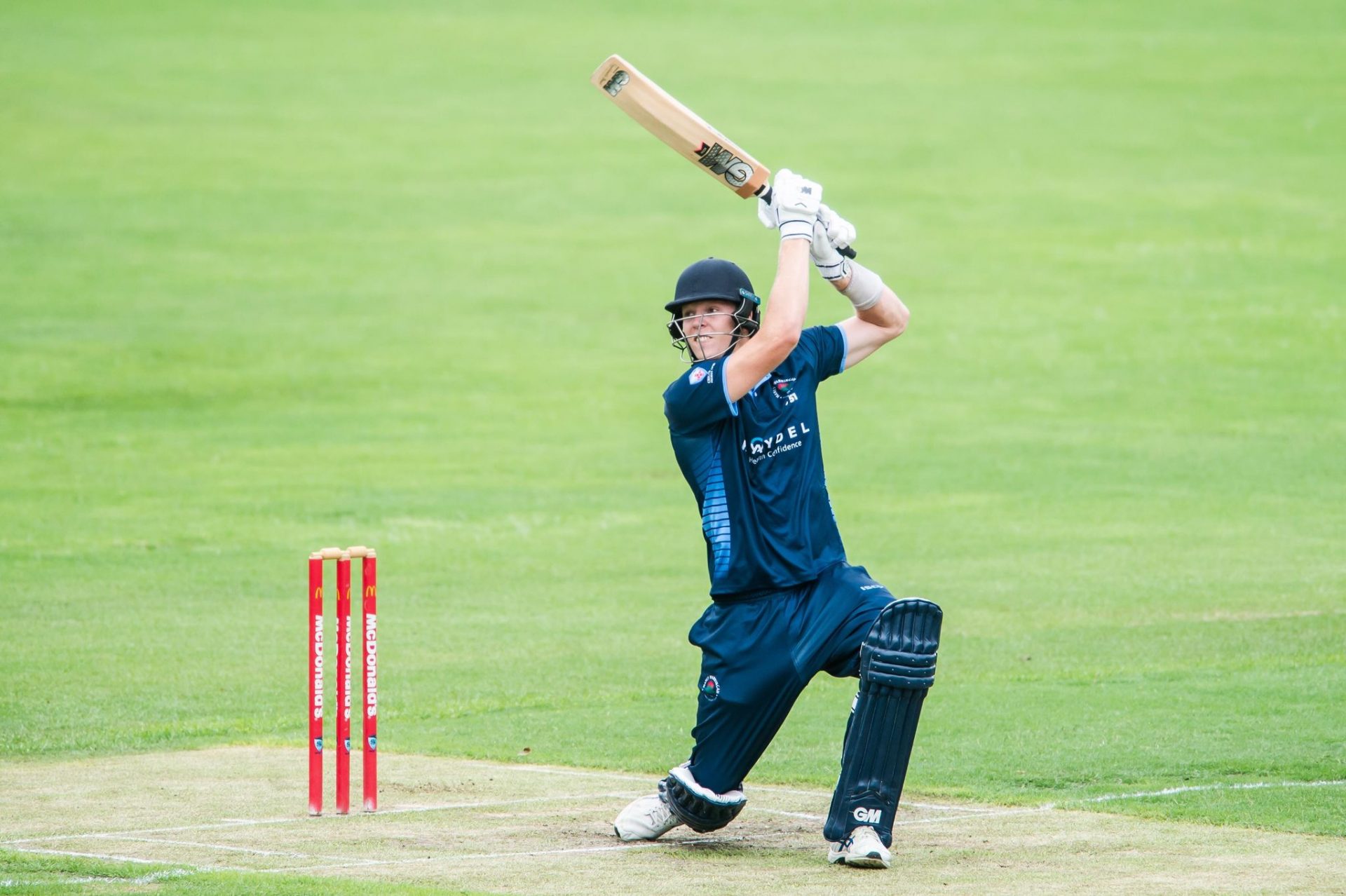 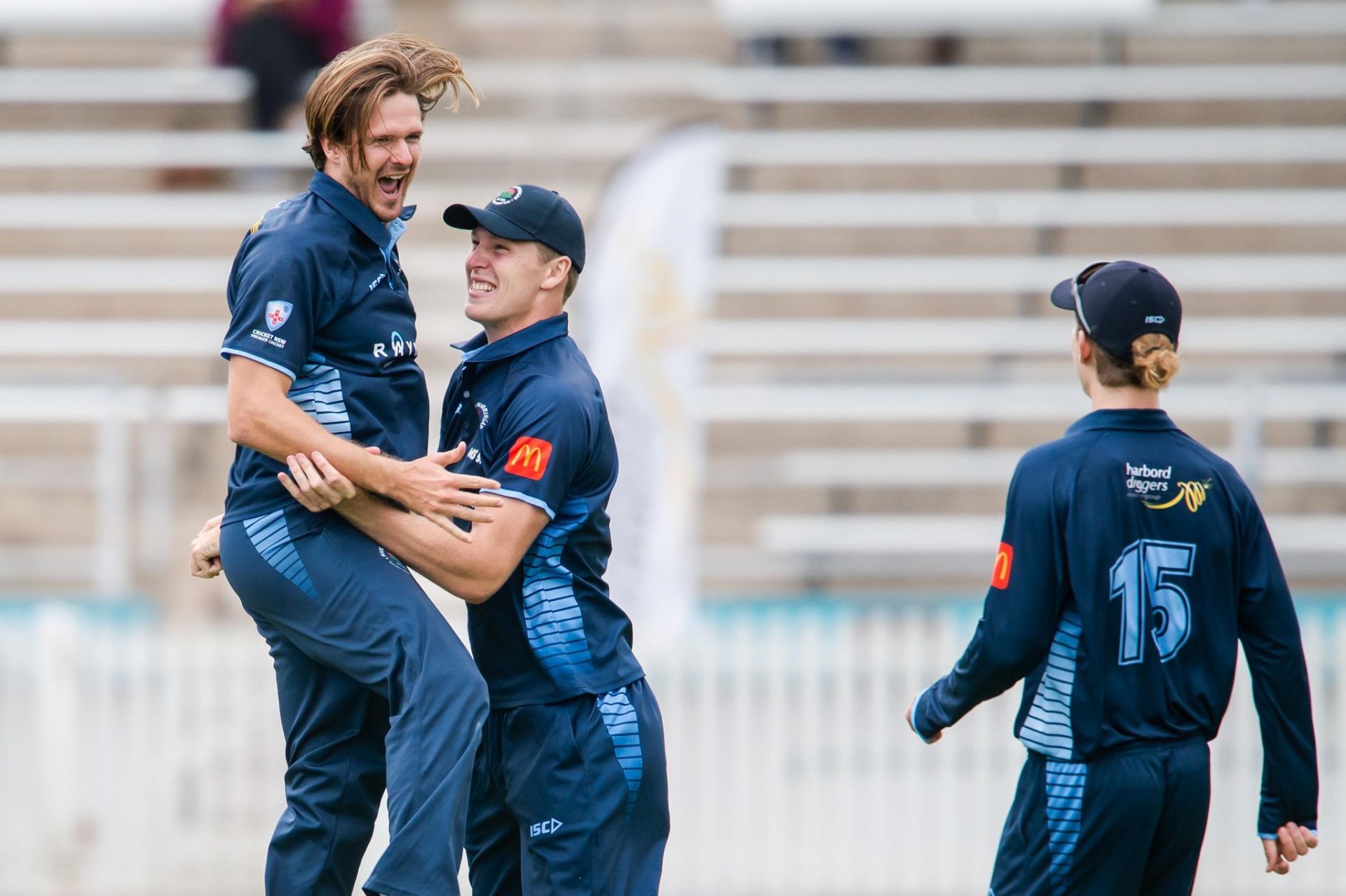 The morning drizzle holding up as manly won the toss and got ready for a bowling innings.

Shaking off the Christmas ham, our opening bowlers M Counsell and F Noack started fast but without luck. Bring on H Williams with line, length and control picking up 2 quick wickets to get the main grade started. Hopping on the wicket train a reinvigorated Counsell jagged two and L Kerr with one after a consistent spell, unlucky not to have more.
Covers on with rain delaying play for an hour leaving N Vumbaca on aux, (always dangerous).
Coming back to a sticky wicket, S Hole turning to spin to try break a strong partnership. An unsuccessful spell from Hole and Raymond, bought the pace attack back on. Full and straight was the order from the captain as Williams executed finishing with 4 wickets and manly needing 192 runs for victory. Missed opportunities and dropped catches the bane for manly in the bowling innings.

An early wicket leaving K Mendel and L Charles to consolidate a decent start for main grade. With the St George bowlers finding the right areas and some poor shot decisions rendered a collapse, to say the least. Manly’s middle order being destroyed losing 5 wickets in about 3 overs whilst Charles witnesses the carnage from the non strikers. A wagging tail and mini fight back from Kerr and Noack seemingly prolonging the inevitable. Manly all out for 73

Expect a strong week of training and improvement coming into a top 8 clash with Sutherland.