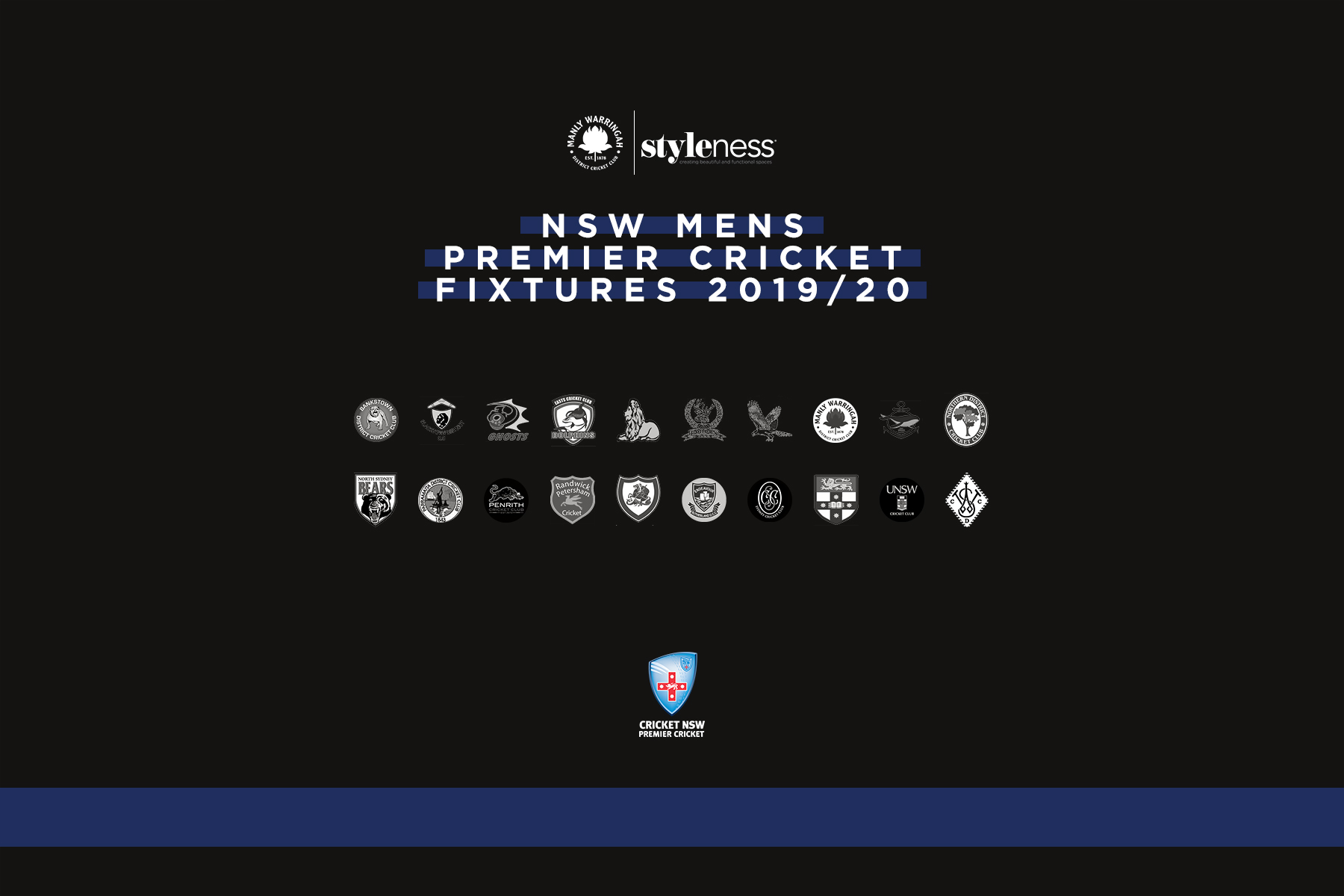 The Sydney Cricket Association has released the draw for the 2019/20 Mens Premier Cricket Season.

Manly will once again be tested against some quality opponents throughout the season, as well as meeting some old rivals.

The boys start the season on the 28th September with a Limited-Overs match against St George with 1s, 3s and 5s away, before a 2-day grudge match against local rivals Mosman in Round 2.

Other notable fixtures on the Calendar, include Round 3 against last year’s Club Champions Sydney Uni, as well as Round 11 in a One Dayer against North Sydney.

Manly will be looking to improve on last years performances, with only two sides making the finals.

Hopefully, the club can see more teams in the finals, and improve in the club championship rankings after finishing 5th last season.

The Boys will be raring to go when the season starts, and with Pre-Season starting to become more competitive and more intense, it promises to be a very good season for Manly.