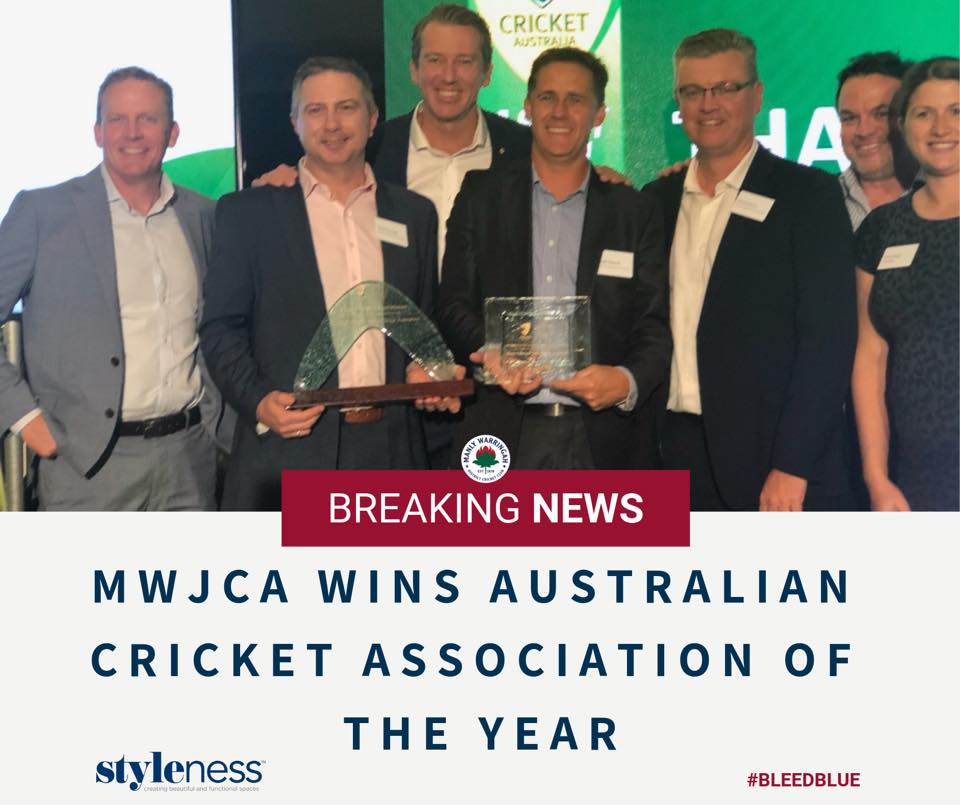 The Manly Warringah Junior Cricket Association has been awarded Association of the Year at the recent Cricket Australia Sport for All Awards.

The Junior association has been pivotal in the growth of the game on the Northern Beaches, as well as in NSW and Australia, and have been deservedly awarded.

Manly Warringah juniors has experienced significant player growth in the past seven years, increasing by around 50% to over 1,800 players.

Within this increase of players, there has been a significant focus on increasing the female game.

The MWJCA forefront of creating opportunities for females to play cricket with many of these programs replicated across Sydney .

In 2014/15 there was only one female team, and following the introduction of the Girls Hub initiative, there is now 16 teams playing across the beaches, and over 200 players, as well as 3 representative sides.

The focus on Girls cricket was also strongly commended by the awards for initiative of the year, with the Girls Hub Initiative being praised by Cricket Australia for their commitment to the female game.

Congratulations to the MWJCA for their award. It is a massive achievement and a true testament to all the hard work put in behind the scenes from all involved.

Without the hard work of these people at the MWJCA, getting juniors involved in cricket on the Northern Beaches, MWDCC could be the club it is today.