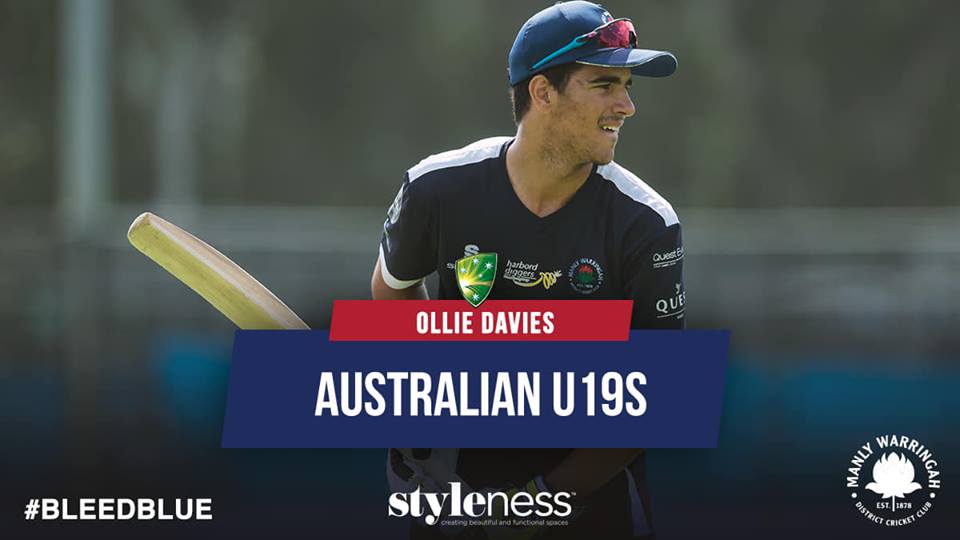 Local Junior and Manly First Grader Ollie Davies has been selected in the Australian u/19s Team.

Following a stellar U/19’s Tournament for NSW Metro, in which he was the second highest runs scorer, Ollie has been rewarded with his selection in the National Side.

Included in his run tally in the u/19’s Tournament was his magnificent record breaking double century, in which Ollie dispatched bowlers to all parts of the ground, and also hit the magical mark of Six Sixes in an over.

Ollie will look to continue this form for the National Side, who embark on a tour of Sri Lanka in early January.

To couple with his selection in the national U/19’s side, Ollie has also recently been added to the Sydney Sixers development list.

It is another reward for Ollie following his magnificent performances recently, and demonstrates the amazing future that Ollie has in the game.

Manly Cricket would like to congratulate Ollie on his selection, and wish him the best for the upcoming tour.