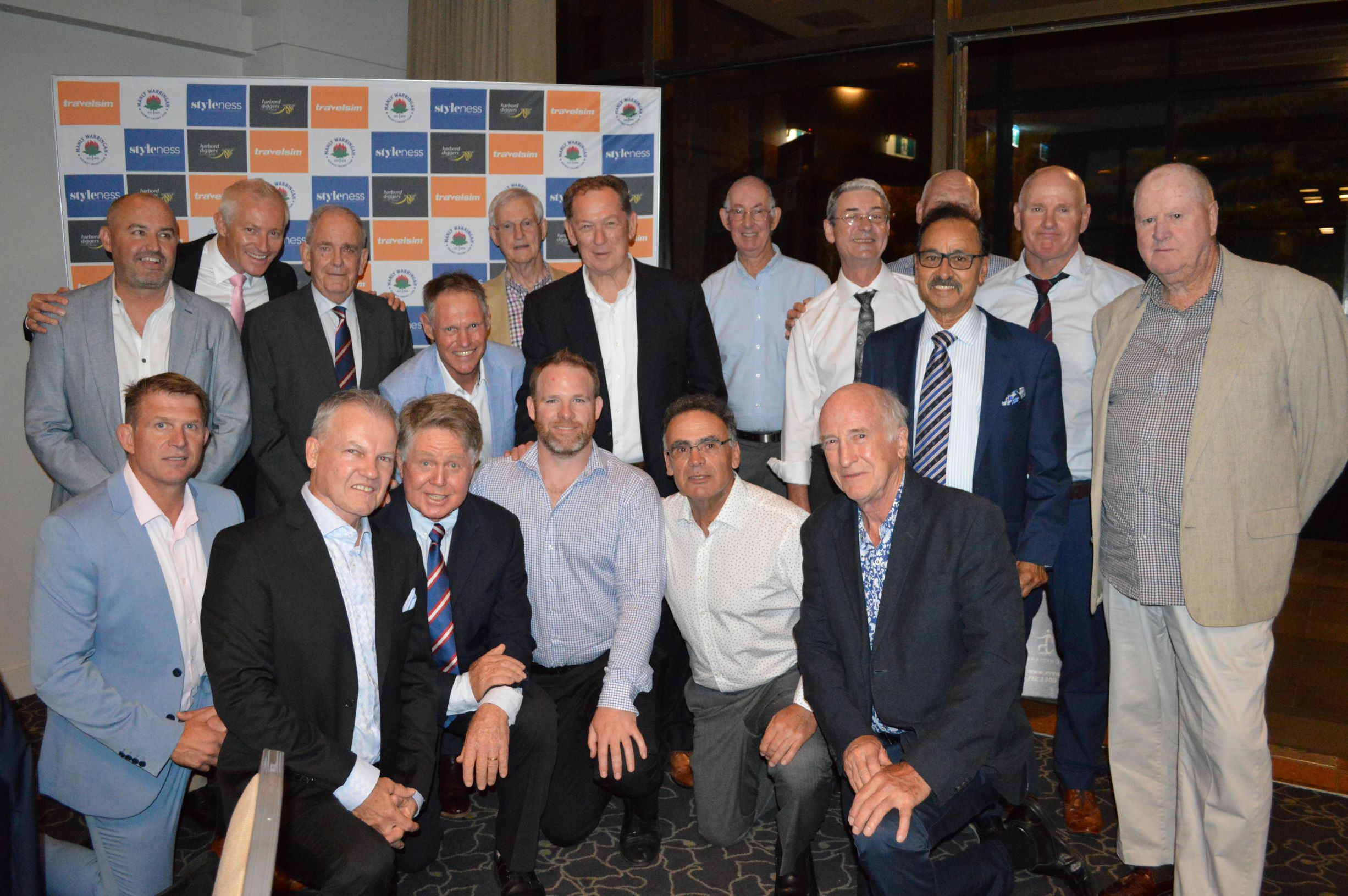 Manly Warringah Cricket Club celebrated the 140th Anniversary of the Club in style last Saturday night, as we remembered the great history of the club.

As 300 people entered the Novotel at Manly, past and current players, coaches, volunteers and partners conversed over 4 Pines Beer and shared fond memories of this great club.

The night began with a short video, with photos documenting key moments in the club, before current President Andrew Fraser welcomed everyone to the night.

Past Presidents were introduced, Life Members were congratulated, and Manly test cricketers were acknowledged, before players were slowly brought up on stage to receive their player medals.

As a part of the night, each player, past or present, who was in attendance received a commemorative medal, with their name and player number on the back, to acknowledge their contributions to the club.

Players from all eras, including whole premiership winning teams, were brought on stage in groups, with numbers ranging from the 800s to the 1500s, demonstrating the wide spread of guests in attendance.

However, the star of the night was life member and club legend Mike Pawley. The guest speaker of the evening, Mike took the guests back in time, as they explored the history of the club, all 140 years.

Mike was entertaining, detailed, and most importantly, showed his passion for Manly, as he went through the key players, and key moments that makes Manly Cricket so great. Everyone in attendance was riveted my Mike’s speech, and it was truly an honour to hear him talk about the club in the passionate manner that he did.

Following the formal festivities, guests were able to catch up with old friends, meet new people in the club, and share a beer with the people they won premierships. Although many woke up with a sore head on Sunday morning, it was truly a fantastic night.

Special credit goes to everyone involved in the organisation of the night, whom without, would not have gone ahead. Particular thanks to Sam Webber and Adam Gummer, who created and went through all the slides on the evening.

Manly Cricket would like to thank everyone who attended on Saturday night, and look forward to seeing everyone for the 150th Year Anniversary. Go Manly!

To view all the photos from the night, click here!