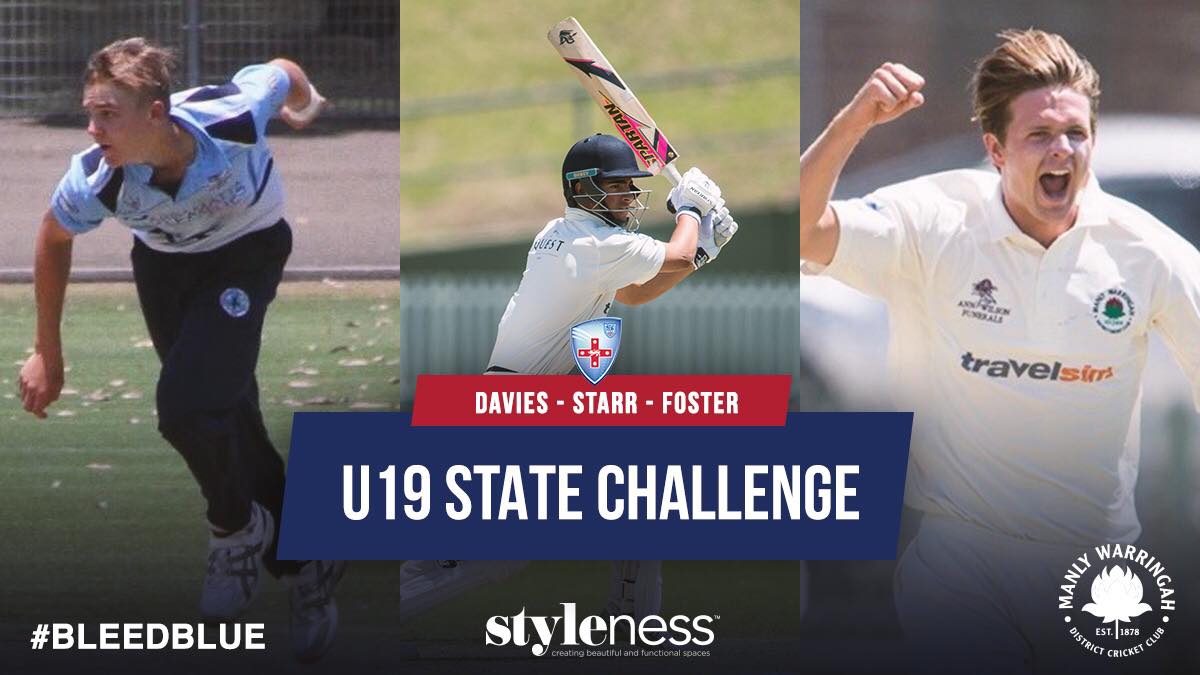 Three Manly Cricketers have been selected in the upcoming u/19 State Challenge to take place at Raby Oval on the 2-4 October 2018.

Manly Junior Ollie Davies and all rounder Joel Foster were named in the Sixers Metro side, while new recruit Hamish Starr was named in the Country Sixers side.

Ollie Davies was also announced as the captain of the Metro Sixers side.

The tournament will feature 4 squads, and will act as a final selection trial for the Under 19 National Championships to be held in December.

Manly Junior Ollie Davies, has show great prowess and maturity with the bat, and is a future star of the game. The former captain of the Australian u/17 side, Ollie will aim to make a big impact at the upcoming state challenge.

Joel Foster will also be one to watch at the upcoming tournament. A member of the NSW u/19’s side last year, and a fantastic first grade all-rounder for Manly, Joel will be looking to once again qualify for the NSW side.

New recruit to the club Hamish Starr has show great promise and talent with the ball in his short time at the club. From Cowra, Hamish will be looking to make a big impact on the tournament and earn his way into the NSW Country side.

Congratulations to all players on your selection and good luck in the tournament!