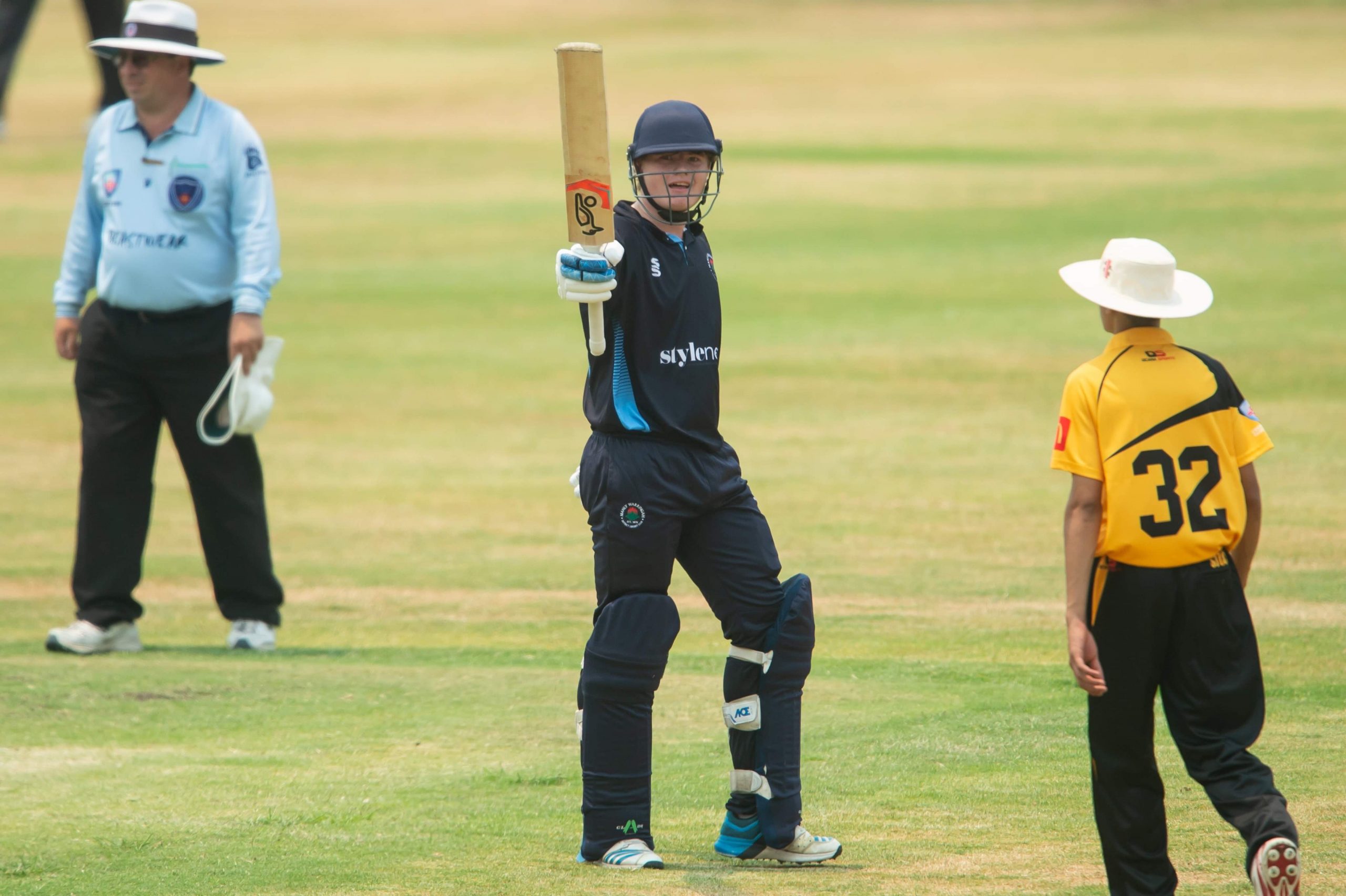 A new look Green Shield squad arrived at the picturesque Manly Oval ready to begin their 2019-20 campaign. The squad was fresh with a new array of talent, with a remarkable 12 of the 15 boys being new to the Greenies set up.

After a strong warm up where the Hulios tore apart the Nerds 4-0 in the prestigious Vortex battle, skipper Joel Davies brushed off his recent form at the coin toss, winning the toss and electing to bat first, assistant coach Steve Hobson immediately taking credit for Joel’s success, claiming his coin was “the lucky coin.”

Openers Hayden Calvert and Ky Broome started proceedings off for the Manly boys, trying to build a solid platform for the rest of the batsman to build on later in the innings. Unfortunately Ky was caught down the leg side early on, before Hayden and Josh Cooper went about building a partnership to get the boys back on track. After working hard against the new ball, spin was introduced and immediately saw the back of both Hayden for 33 and Josh for 10, bringing skipper Joel Davies to the crease along with our man from Toronto, Finlay Thornton. Unfortunately things went from bad to worse for the Tahs at this stage, with the skipper being run out on the back of some great close-in fielding, before vice-captain Tom Wood and youngster Ollie Kantor Smith were also dismissed a short time later. 13 year old Andrew Boulton came to the wicket at 6-79, with a massive task ahead of him. Fresh off losing Shrek (mascot held by youngest in the team) about a million times during the warm up, Andrew joined Finlay and the two worked together to stabilise the home side’s innings. Andrew immediately showcased his talent, batting with composure beyond his years, while Finlay continued moving the score along, punishing the loose deliveries and running hard between the wickets. Boults and Finlay combined for a brilliant 102 run partnership, before Andrew was caught in the deep for a crucial 36. Another mini collapse followed, Finlay dismissed for a brilliant 73 off 95 balls, before the tail fell quickly chasing quick lower order runs, Manly eventually bowled out for 203 in the final over.

The boys quickly devoured the famous Manly lunch spread, before they returned to the field to begin the bowling innings. Darcy Fleming and Toby Laughton opened up, with Darcy striking twice in two balls, with both batsman departing plumb LBW. Wickets continued to fall at a rapid rate, as the bowlers stuck to the plans set by the skipper, with Toby picking up three in quick succession, including Blacktown’s gun batsman LBW. To put the wicket into perspective, Blacktown’s number four had amassed 161* off 120 balls in PG’s the week before, showcasing the importance of Toby’s wicket to Manly’s hopes of victory. Hurshwin Sharma entered the attack, bowling some quality line and length to pick up his first two Green Shield wickets. At 7-56, Manly were well and truly on top, but the game was quickly flipped around as Blacktown’s opening batsman made the Tahs pay for some sloppy fielding errors, working his way to 112. The home side struggled to find answers to the 114 run partnership being put on by the opener and Blacktown’s number nine batsman, as the visitors edged closer and closer to an unbelievable comeback victory.

Drinks were called with Blacktown requiring a further 40 odd runs to win, 3 wickets in hand, and upwards of 10 overs remaining. After some more cordial from Will Gustafson and a stern word from coach Dave Gainsford, Manly went about lifting the energy and once again turning the game around. Ollie Kantor Smith came on to bowl, picking up the crucial breakthrough, dismissing the number nine courtesy of a safe catch from Josh Cooper on the square leg boundary. Hurshwin continued from the other end, and picked up his third wicket, the opener finally dismissed after an excellent catch from Andrew at long on. The game had changed again, and Manly only needed one more wicket for victory, skipper Davies sealing a close win for the Tahs with a great direct hit run out from extra cover, Blacktown all out for 181. The boys entered the dressing rooms and sung the song loud and proud, even with a few of the youngsters struggling to understand the lyrics. A great day for a young Greenies side. Next game is against North Sydney on Sunday at Tunks Park.