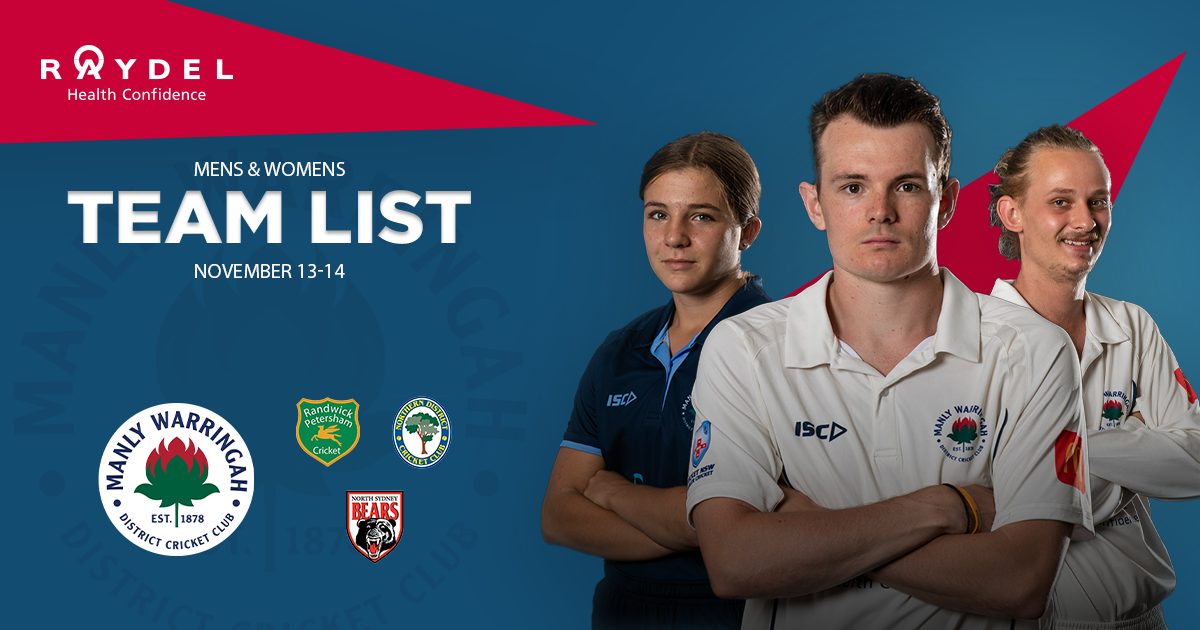 The Raydel Manly Warringah Waratahs have a massive upcoming weekend, with Men’s grades 3-5, Women’s, 1st grade T20, and PG’s all beginning their campaigns. Men’s 1st and 2nd grade will also continue their season after a mixed weekend against ND’s. This weekend is an important round for the women’s club, who will field a first grade side for the first time since the 1983/84 season, an amazing feat and credit to all those involved.

Last week saw men’s 1st grade go down convincingly against a strong Northern District side, while 2nd grade had a fighting win, off the back of an epic 72 from Jacob O’Sullivan. Both sides along with the lower grades face off in round 2 against Randwick Petersham this weekend. 1st grade will also kick off their Kingsgrove T20 campaign against Randy-Petes, with a new look PG’s side suiting up in the curtain-raiser also against Randy-Petes. Women’s 1st grade, 2nd grade, and Brewers line up against Northern District, while Women’s 3’s face local rivals North Sydney.

Men’s 1’s welcome two very big debutants to the side, with local juniors Joel Davies and Josh Seward selected to play after a sensational last season in 2’s. English import Tom Lammonby lines up for 2’s, an exciting addition to the sides top order. Evan Dunnachie makes his 3rd grade debut after picking up the club’s players player award from last season, while Ellis Raymond joins the club from park cricket, playing in 4’s this weekend. 5’s have a new skipper in Reiley Dunlop and boast a skilled young side, with young quick Seb Bush also set to make his grade debut.

The Women’s sides welcome a host of new debutants, with Saskia Horley, Sarah Turner, and Shivani Mehta all debuting for the Manly club in first grade. Women’s 2’s and 3’s both line up with very young sides, while Brewers have a new influx of young guns who are sure to make an impact on the competition.